Chrome DM releases the findings of its Subscribers Establishment Survey April 2021 report, based on a Pan India telephonic survey conducted across 19.6 lakh homes in the country. As per the latest report, TV homes in the country have seen a jump of 3.2 % from 202.2 to 208.7 Million homes, whereas Cable& Satellite homes have declined by 9.1%.

The survey is a periodic study conducted by Chrome DM every quarterly to ascertain the TV universe but because the lockdown ended on May 31’ 20, a total of two quarters i.e. June to Sep’ 20 and  Oct to Dec’20 was taken into consideration for this survey to capture the ground realities.

Three big takeaways from the Chrome SES April 2021 report – there has been a significant drop in DTH and MSO active numbers between June’ 20 to Dec’ 20, Freedish has seen a northward trend in rural India and over 27000 analog connections still exist in the country.

Among the individual regions, the east grew by 2%, the only region to have witnessed growth in the last quarter of 2020, in contrast to the southern states which saw a steep decline of 16%. AP, Karnataka, Kerala, Tamil Nadu, and Delhi remained the worst hit during the entire year. 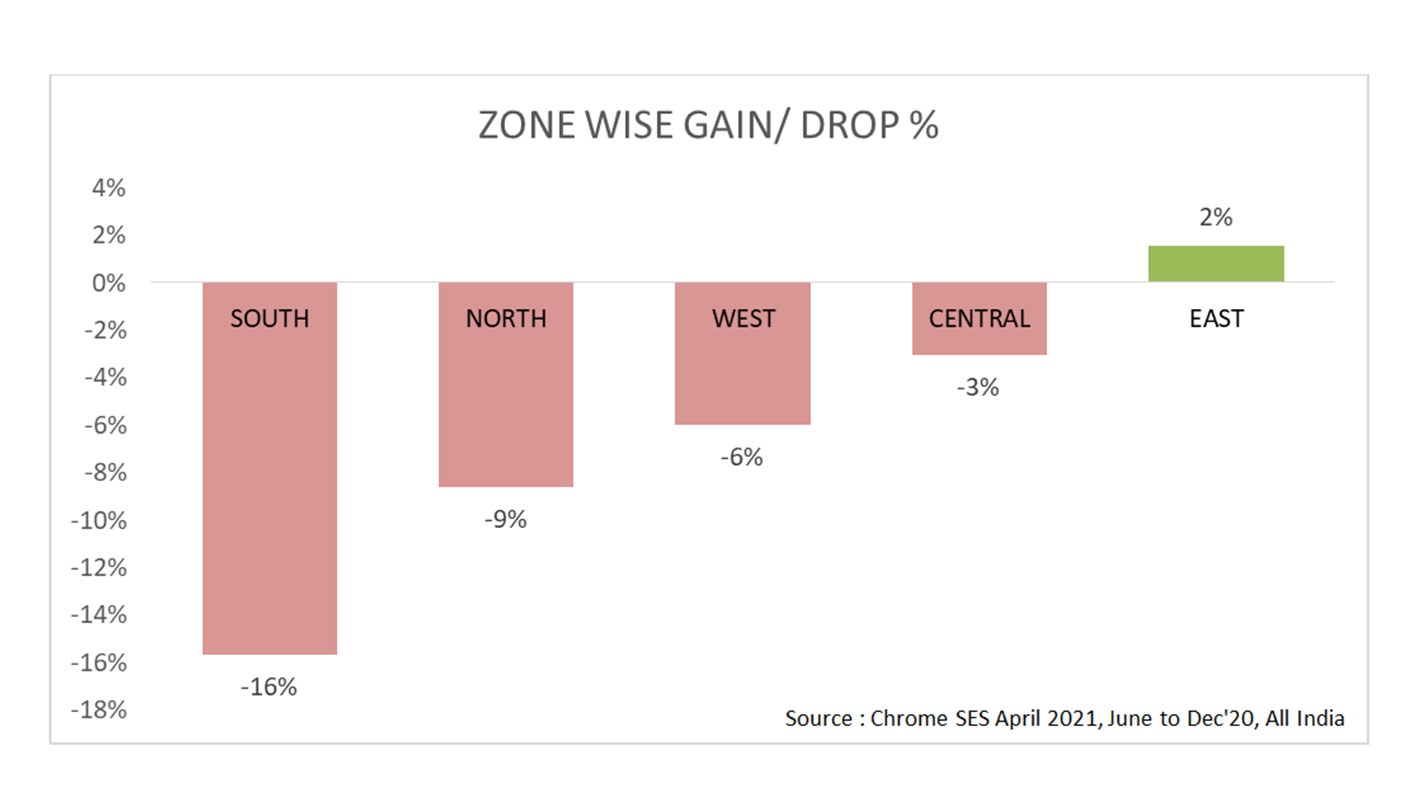 The survey also reveals the shift in the NCCS profiling of TV households with the onset of OTT.

Some of the reasons for this drop could be attributed to the financial crunch being faced by the low-income groups and the closures of public places including shops, restaurants, hostels, markets, and commercial institutions.

Speaking of the report, Pankaj Krishna, Founder, and CEO, Chrome DM said, “With a scope of an additional 80 million (27%) non – TV homes to tap, TV continues to be a market leader. A major cause for the decline in the cable homes universe in the Chrome DM SES April 2021 is homes and sections of Migrant workers who’ve moved back to their native places but not taken an alternative connection there. As and when they come back once Covid and its impact settles down, you can expect a decent level of reactivation of Cable and Satellite connections in their original homes in Urban India”.

Chrome SES April 2021 offers data and a wealth of in-depth insights that go beyond the broadcast industry. With NCCS split, PAY & FTA, Genre, Channel, Packages, and MSO-wise trends, the data is up for grabs for the marketers and advertisers as well for future planning.

A day after NDTV founders and promoters Prannoy Roy and Radhika Roy resigned as directors from the board of RRPR...

This December, MX Player is all set to release international shows with its slate of VDesi shows and a first-of-its-kind...