Mumbai: Chrome Data Analytics and Media’s Optimal+ data has released the comparative study of the performance of various brands in week 25 against week 24. The report divides the performance of brands under three broad categories namely Most Watched ads, Most Aired ads and the Most Liked ads based on analysis of data involving 34000 panel homes across the country.

Chrome Optimal+ data reveals that Tooth Paste Brand Colgate has retained its leadership position followed by Online Shopping Brand Amazon in 2nd place.  Rest of the positions in this category is seen occupied  by new entries in this week. International Tourism campaign ‘Incredible-India’ by Government of India has occupied 3rd place followed by Sanitary Brand Dettol and Clinc Plus Shampoo in 4th and 5th places respectively. Brands which were featured in previous week namely Santoor,Flipkart and Trivago are dropped out of the list in this week. 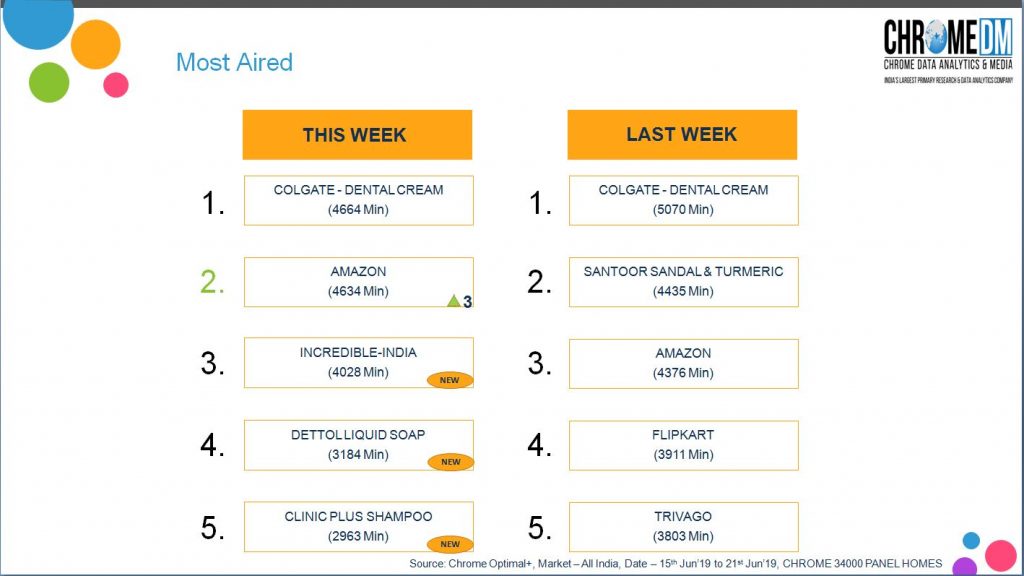 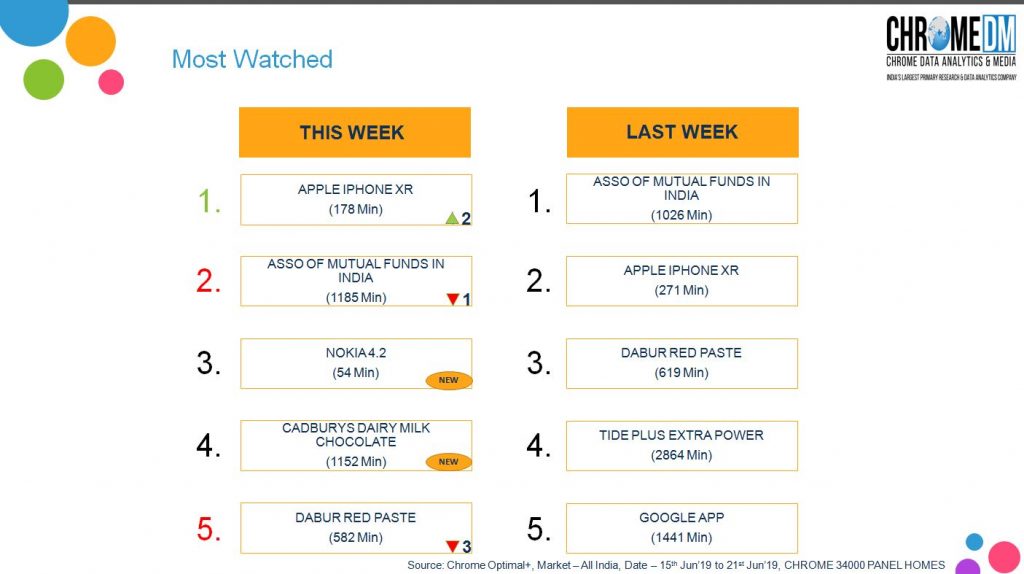 The Most liked ad category is led by Cadbury Diary Milk chocolate ad campign followed by google’s recent campaign for Google App in 2nd place. FMCG Brand Dabur’s campaign for Dabur Red Paste is seen occupying the 3rd place followed by Apollo Tyres in 4th place. Chinese Smartphone Brand OPPO’s promotional Campaign for its OPPO Reno Series manages to secure the 5th place while Campaigns by brands like Tide Plus,Savlon,Google and Toyota are swept out the list by new entries in this week. 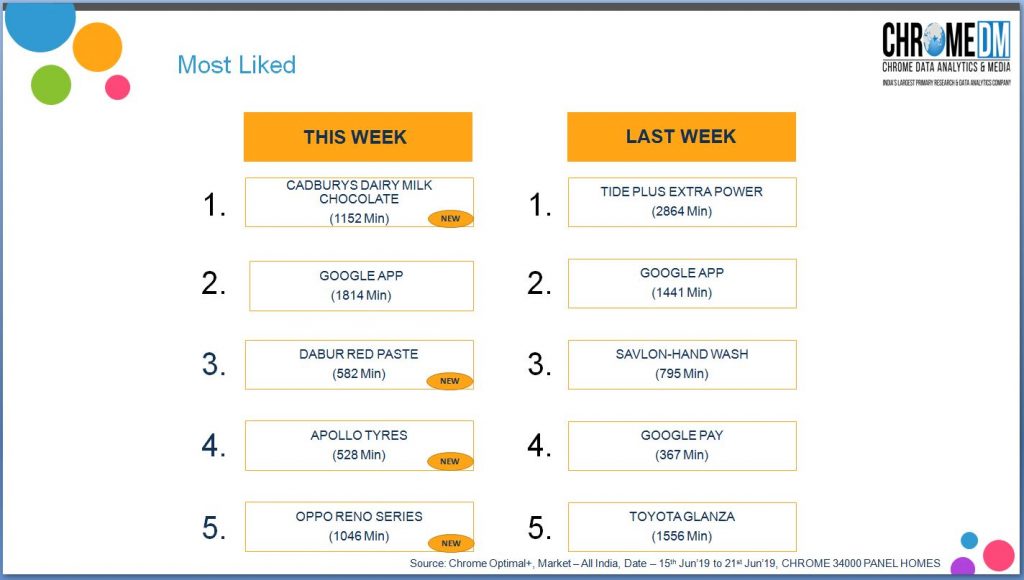