Mumbai: The mythological drama Ramayana aired on DD National in order to engage the audience during the Covid-19 Lockdown has clocked record all-time high viewership numbers with the first 4 Episodes garnering Total impressions of 114.6 million with an average of 28.7 million impressions per Episode and 6.9 billion viewing minutes.

According to BARC data for Week 13 (March 28 to April 3, 2020), It also became the all-time high among serials in the Hindi GEC category and was the highest-rated show in urban and megacities particularly in the Hindi Speaking (HSM 2+) markets.

With an Average Time Spent (Viewer) 39.8 mins per Episode, the First 4 Episodes of Ramanyan’s has achieved Cumulative Reach of 93.3 million in HSM Market. 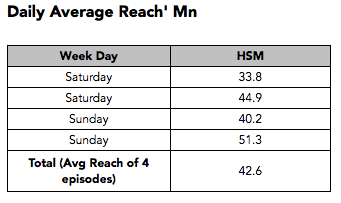 On an average each episode of Ramayan got 42.6 million tune-ins with the Sunday evening slot clocking the record all-time high 51 million viewers watching the show. 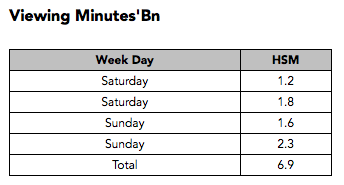