Mumbai: Chrome Data Analytics and Media’s Optimal+ data has released the comparative study of the performance of various brands in week 21 against week 20. The report divides the performance ofbrands under three broad categories namely Most Watched ads, Most Aired ads and the Most Liked ads based on analysis of data involving 34000 panel homes across the country.

Chrome Optimal+ Study Shows that ToothPaste Brand Colgate has ramped up and captured Leadership position followed bySantoor Sandal and Airtel in second and third places respectively. Fourth place in Week 21 is seen occupied by Fresh player Trivago followed by VimalElachi Pan Masala in least spot. Political Parties like BharatyaJanata Party and Congress is seen exited from the list as the election campaign of both the parties reached the fag end by Week 20. 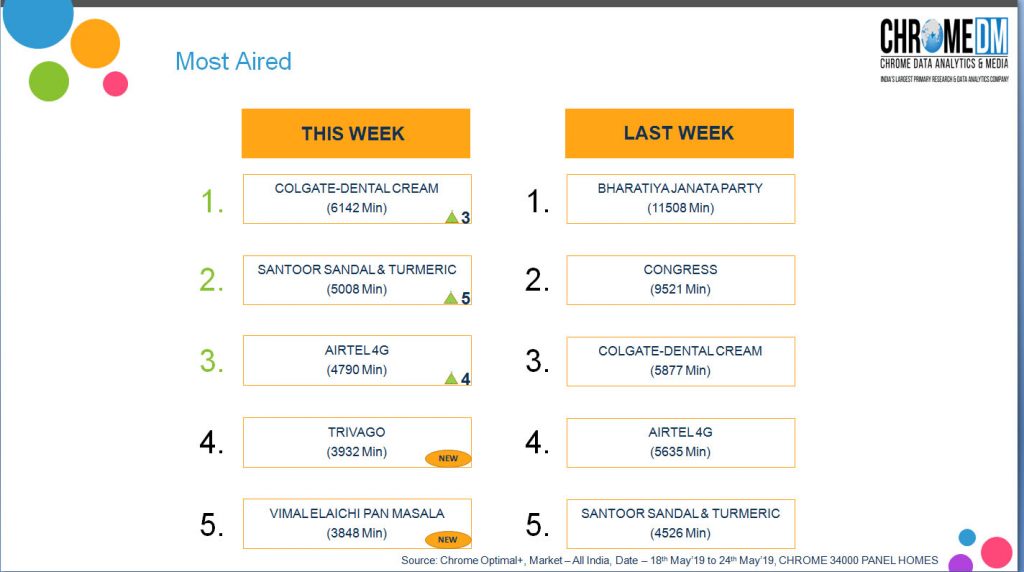 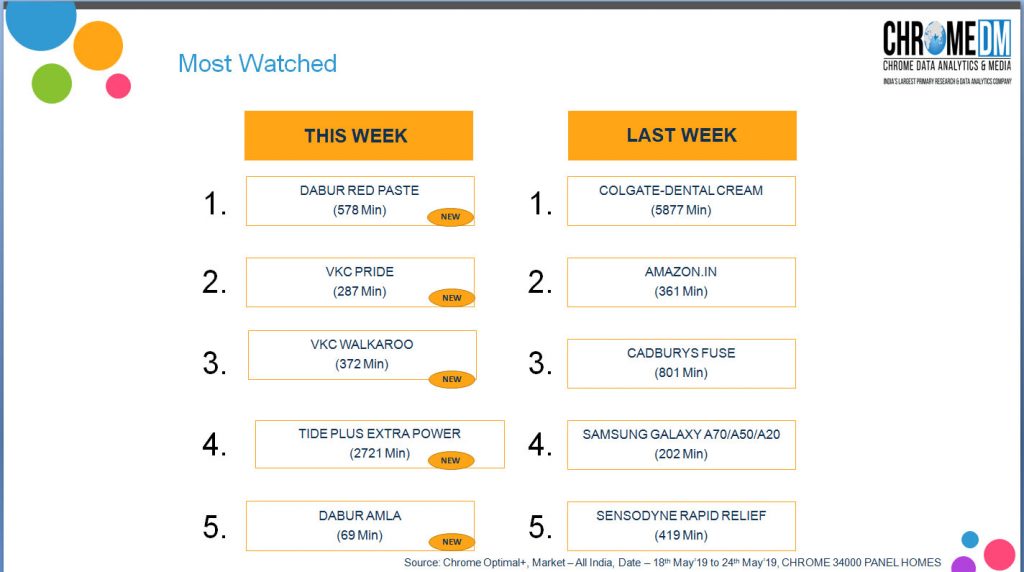 Looking into the Most liked Ad Category, Previous week leader Colgate is seen dropped to the second position While the new entry Dabur Paste ramps up and secures the Leadership position. Detergent brand Ariel  manages to capture 3rd spot followed by Pampers and Kalyan Jewellers in 4th and 5th places respectively . Brands like Amazon, Samsung, Kingfisher and VKC Pride is seen dropped out of the list in Most liked ad category in Week 21. 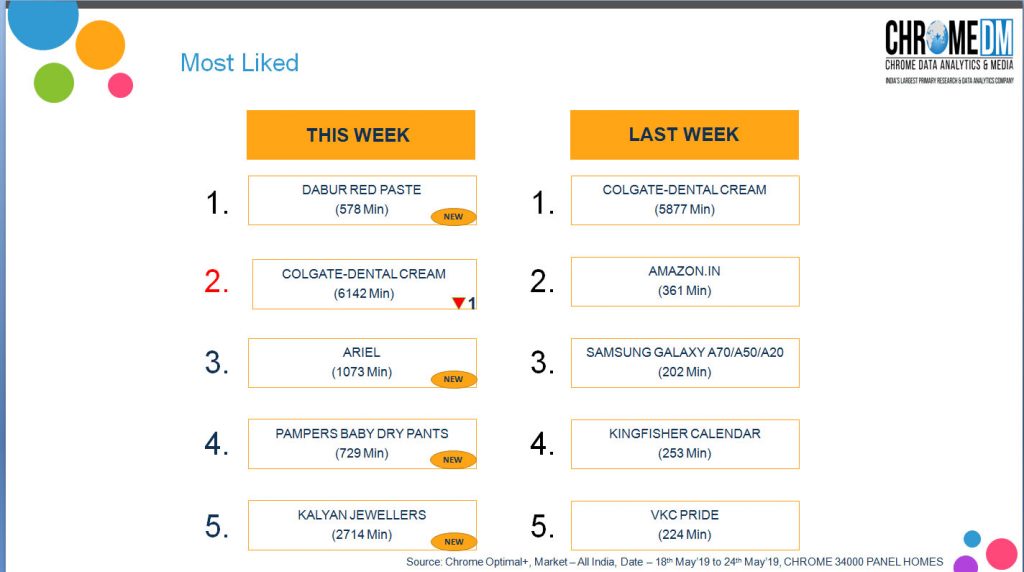