Since its inception in 2008, the Indian Premier League has been described by sports and the glitterati as a marketing saga. IPL has become a household name among citizens of all ages and social classes over the years. Cricket is a common sport in India, but it is also a strong cult for expressing human emotions.

Every aspect of the IPL, from the regional flavoring to the messaging to the entertainment, has been crafted to win people’s hearts and minds. The Indian Premier League is a case study for those working in digital marketing.

Medianews4u spoke to Amit Gupta, Managing Director, Httpool India, and Krishna Iyer: Head, Channel Sales – Twitter India on how they are gearing up for the upcoming IPL.

Last year, we saw how IPL ads catapulted digital brands to success; your thoughts on this season?

Amit: As we all know, IPL has been the biggest marketing sport in India (also amongst the top 10 globally); it’s become a dream for every marketer to be seen by the audience during this event. Moreover, with its peculiar framework of having multiple teams from different regions, it offers opportunities for both national and regional brands to associate. This compliments greatly with Digital media since the brand can reach out to certain team fans through audience / geographical targeting. Social platforms like Twitter offer great opportunities for brands to gain insights & also engage with their fans through multiple creative formats.

Last year IPL happened under the shadow of a pandemic, and we saw a more extensive expected growth of audiences consuming IPL content digitally. Like Disney+ added over 16 million paid users, reaching a total of 73.7 million paid users.

This year continues to be under the pandemic and is witnessing lockdown in most of the country during IPL. So with lesser opportunities offline, brands are looking forward to reaching out to their consumers digitally through OTT, social & gaming platforms.  So definitely digital will again be a clear winner this IPL season. How can overall brand and business benefit from advertising in this season?

Amit: IPL offers brands an ideal platform for launches due to its reach. There are many opportunities to engage users on social media, with users having their point of view & gaming platform with creative presence.

With negative sentiments due to the pandemic, IPL lifts the happiness index & brands would want to use this to their benefit while communicating to their audiences. 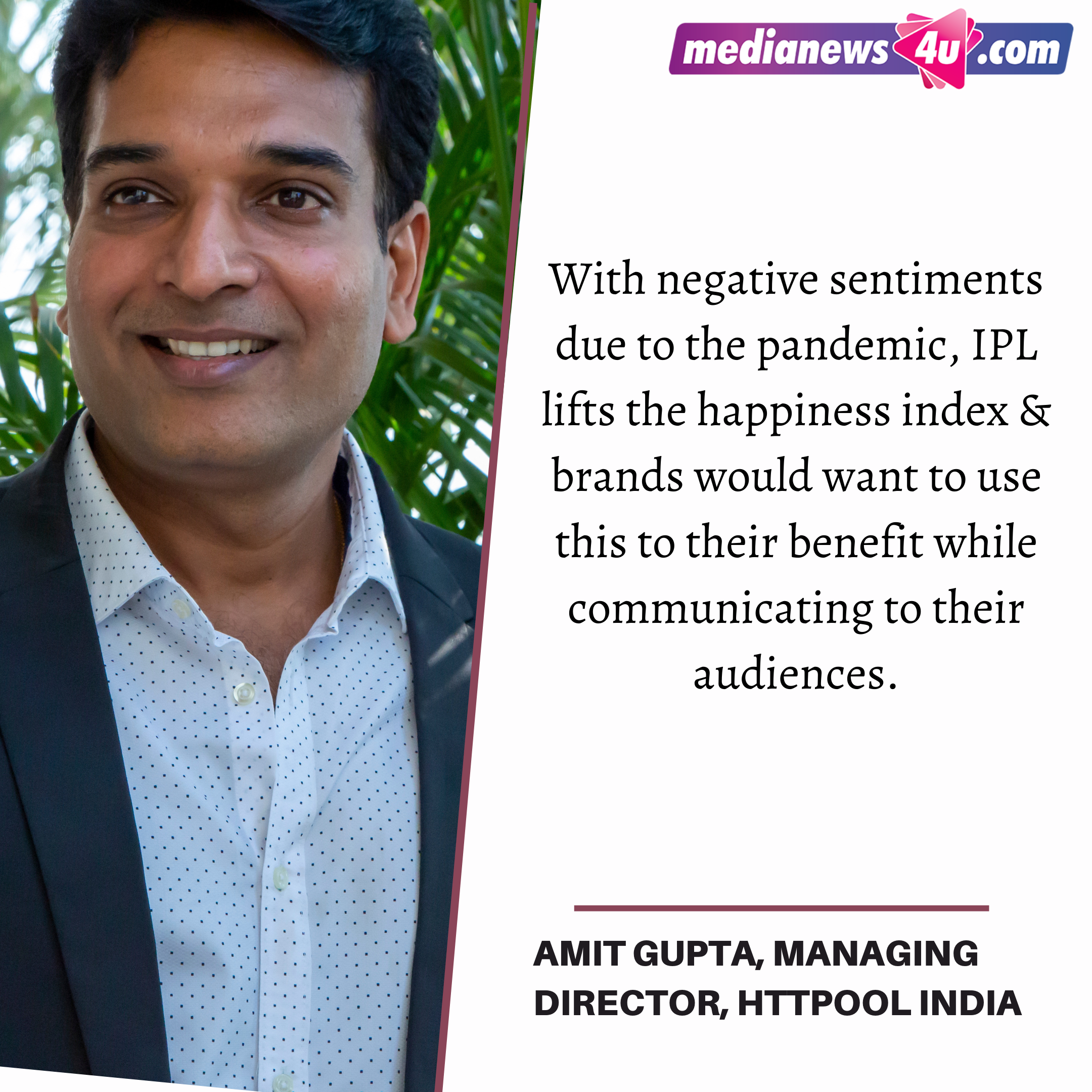 How is the platform preparing for IPL 2021?

Krishna: Twitter is the go-to space for sports fans to have conversations and connect with each other. When we look at India, there’s no sport as popular, loved, and regarded as cricket. In fact, cricket is so much more than just a sport for Indian fans. Much like how everything else that happens in the world finds space on Twitter, India’s love for the sport is clearly reflected in Twitter conversations. Comparing cricket season conversations in 2020 to those in 2019, we found that the volume had gone up by 23%. Fans take to Twitter not just to follow conversations, but also to connect with each other, as well as with their favorite players. As per a recent Twitter research, 69% of people on Twitter in India consider themselves a cricket fan, and 30% are huge fans of the sport. 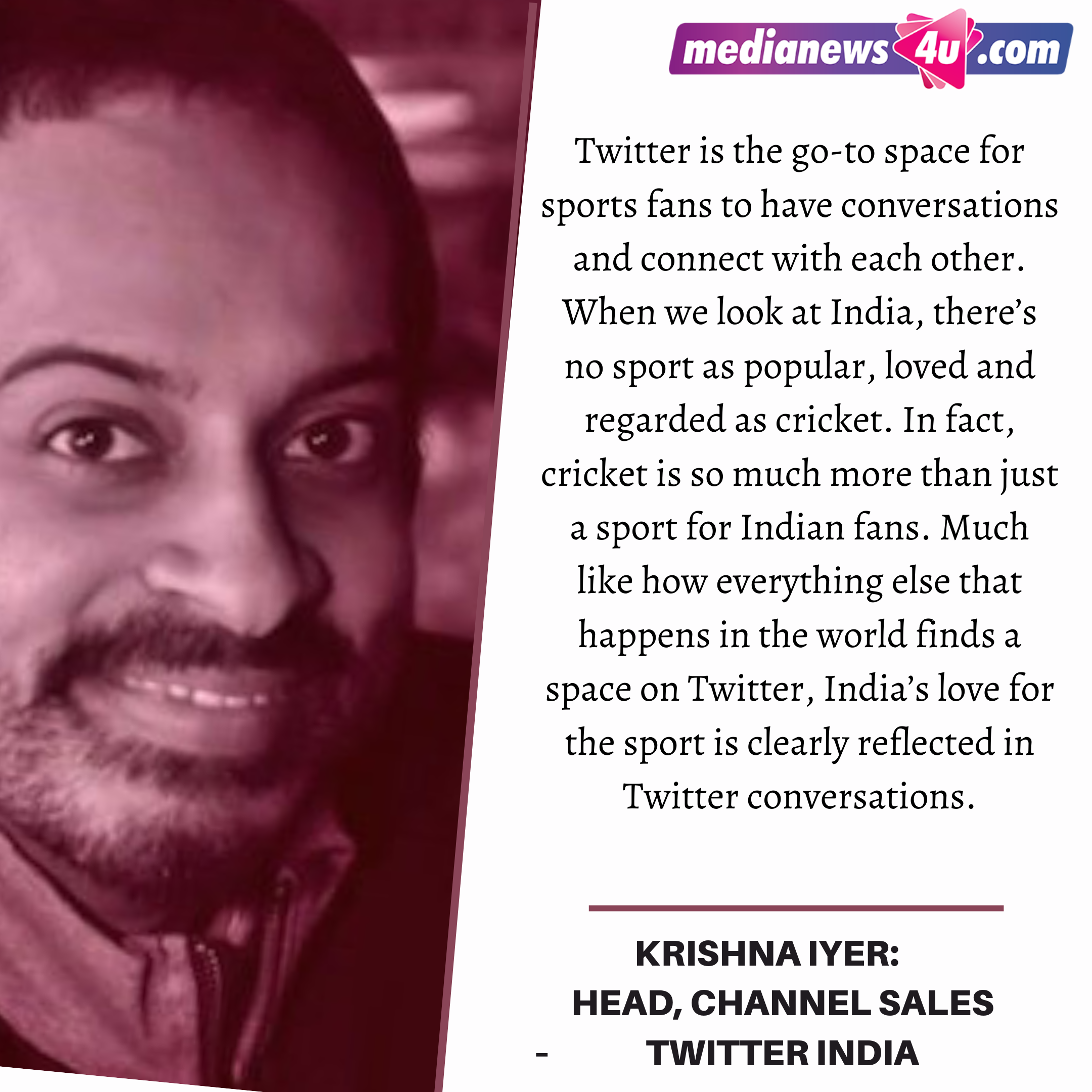 Owing to the popularity enjoyed by cricket in India, Twitter has a lot to offer for fans of the sport –

Every year, Twitter releases a set of emojis that are associated with the various teams competing in the season. This year, too, we’ve released new emojis that fans can Tweet with to have fun conversations.

We’ve noticed a growing inclination towards interest-based conversations on the service. With this in mind, we’d introduced topics last year. Twitter Topics allow people to follow conversations on specific subjects. Fans can also follow the cricket Topic to stay up to date with all conversations and developments around the sport.

Twitter Lists are another feature that makes it easier for people to follow conversations by putting together accounts on a particular subject. Tweets from all accounts in a List can be viewed as a separate timeline. Twitter India has also created Lists of accounts of players and teams to make it easier for fans to follow their Tweets.

Twitter’s newest offering, Spaces, which lets people come together to have intimate conversations through voice, is another great way to have cricket conversations on the service. Recently, Mumbai Indians (@mipaltan) hosted a space with Zaheer Khan (@ImZaheer) to give fans a peep into the team’s plans for the upcoming season.

In addition to these, fans can enjoy several#OnlyOnTwitter activities, such asQ&As, live interactions, etc.

What would be your advice to marketers about how best to use the Twitter platform to address their brand and business objectives this IPL?

Krishna: Over the past year, we’ve observed a greater need for brands to keep their consumers at the core of everything they do. Especially on Twitter, where the audience is highly receptive and actively seeks interaction, it is imperative for brands to design their communication and campaigns that are driven by consumer participation. We’ve seen several brands actually bring this insight into play with campaigns that are designed for audience engagement. In fact, Twitter’s conversational nature and its customisable ad-suite have a lot to offer to this end. Features such as Conversation Buttons (that include call-to-action buttons asking people to Tweet about branded content),Branded Notifications (these allow people to opt-in to receive branded mentions by Liking/Retweeting a Tweet), Branded hashtags and emojis, etc. are ways to create engaging conversations with consumers. 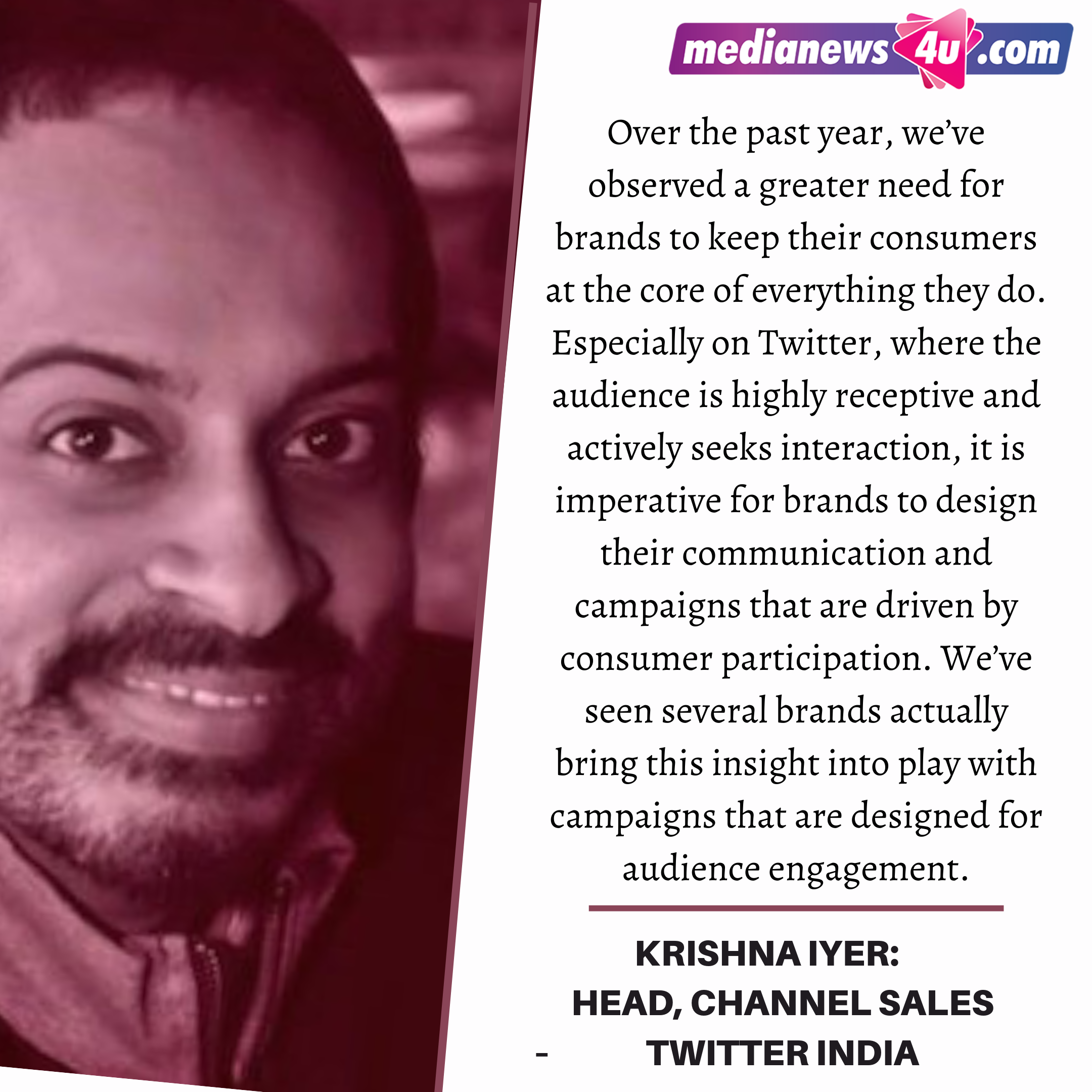 Another way that brands must plan their communication on Twitter is to break through the clutter. With the plethora of brands and content available on the service, Twitter’s takeover properties like the timeline Takeover, theTrend Takeover and Trend Takeover+ allow brands to acquire premium positions on Twitter timelines and on the service’s Explore tab to ensure maximum visibility for their campaigns.