If you make great content, then referral should be your number one marketing strategy: Vishnu Mohta – Hoichoi

Hoichoi celebrated its 4th Anniversary at a virtual event. Hoichoi now has 13 Million cumulative subscribers with 40% of its direct revenue coming from International customers. Hoichoi also launched the first look of its upcoming slate of 25 original Web series.

At the launch it was also revealed that there has been a 2X growth in revenue in the past year. Hoichoi also plans to revamp its Mobile & TV apps and website and unveiled a new interface and experience

Vishnu Mohta – Executive Director – SVF; Co-Founder –Hoichoi, speaks to us on the growth of Hoichoi, also on the opening of theatres.

Congratulations on hitting the fourth year and how does it feel to have an impressive 13 million subscriber base now?

It is phenomenal, we started without knowing, about how fast the transition to digital will happen, people’s adaptation to our platform, how much content we will be able to offer, will we be able to produce as many shows, a million questions.I still feel that we are scratching the surface of what we can do and much more in the coming year, also the lockdown was a huge boost. I feel that the lockdown has spring boarded the transition to digital by a couple of years at least. 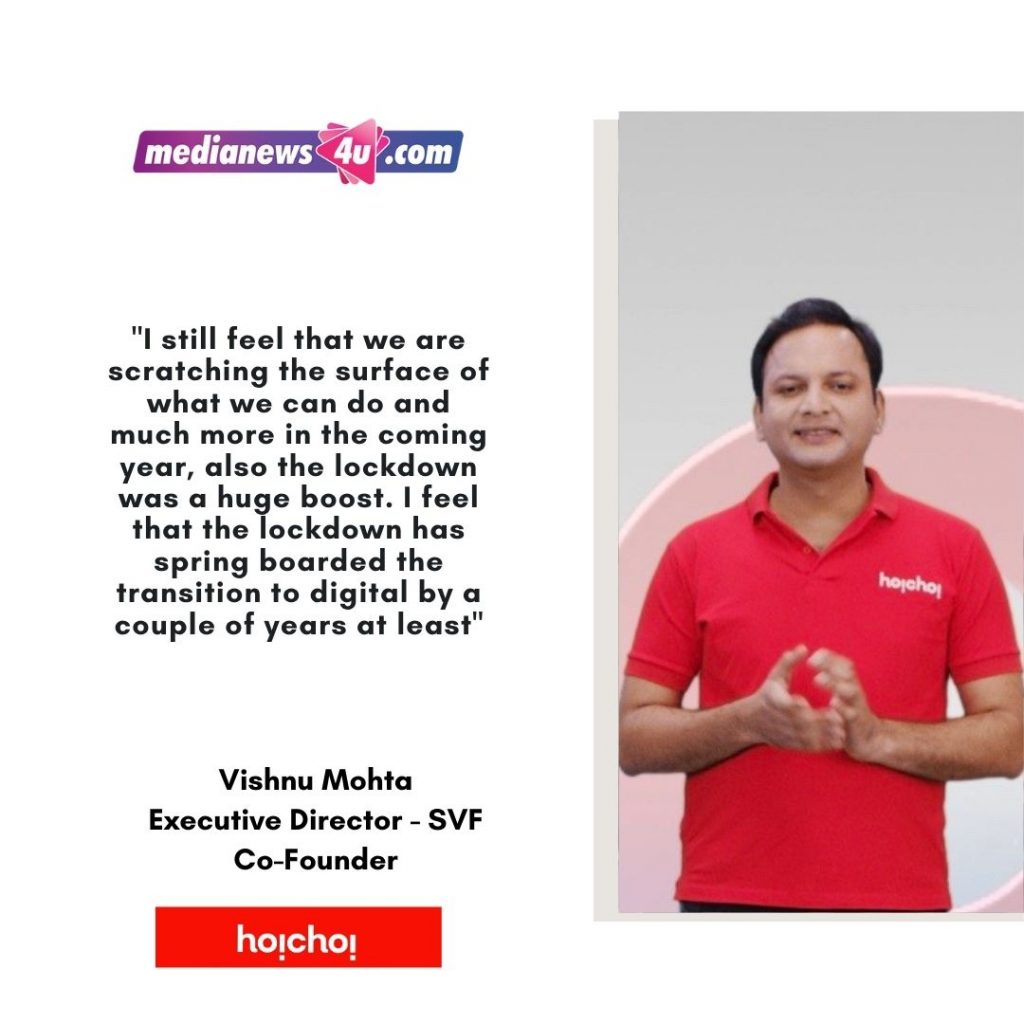 The addressable population of the online viewing audience, I have not seen any data but I feel personally that has grown to whatever level it is going to be in a couple of years’ time. That is a massive perspective, which is where we want to underscore our investment cycle even further and we launched 25 new shows on Friday which incidentally was our 4th Anniversary. There is no better time to be in the OTT business than now.

When do you see people returning to the theatres in this new normal and how do you see the revival of cinema theatres?

I always believe that the cinemas have a place in our lives, which is irreplaceable, it is something that we all crave for as much as we keep going out, having holidays and other things but cinema is an experience that we are all missing. I see no big challenges in cinema coming to where it should be. Having said that, there might be some issues with a few single screens not being able to survive this lockdown, a natural way of things happening in their specific play setting, multiplexes or some other experience will come through. I definitely see cinemas as being an extremely important way for a film to release but it has also triggered for films being released on OTT, as it makes the marketing, word of mouth, the entire buzz is already created for it to release on OTT. In that way i think I do not see any significant challenges for cinemas to come back at some point. 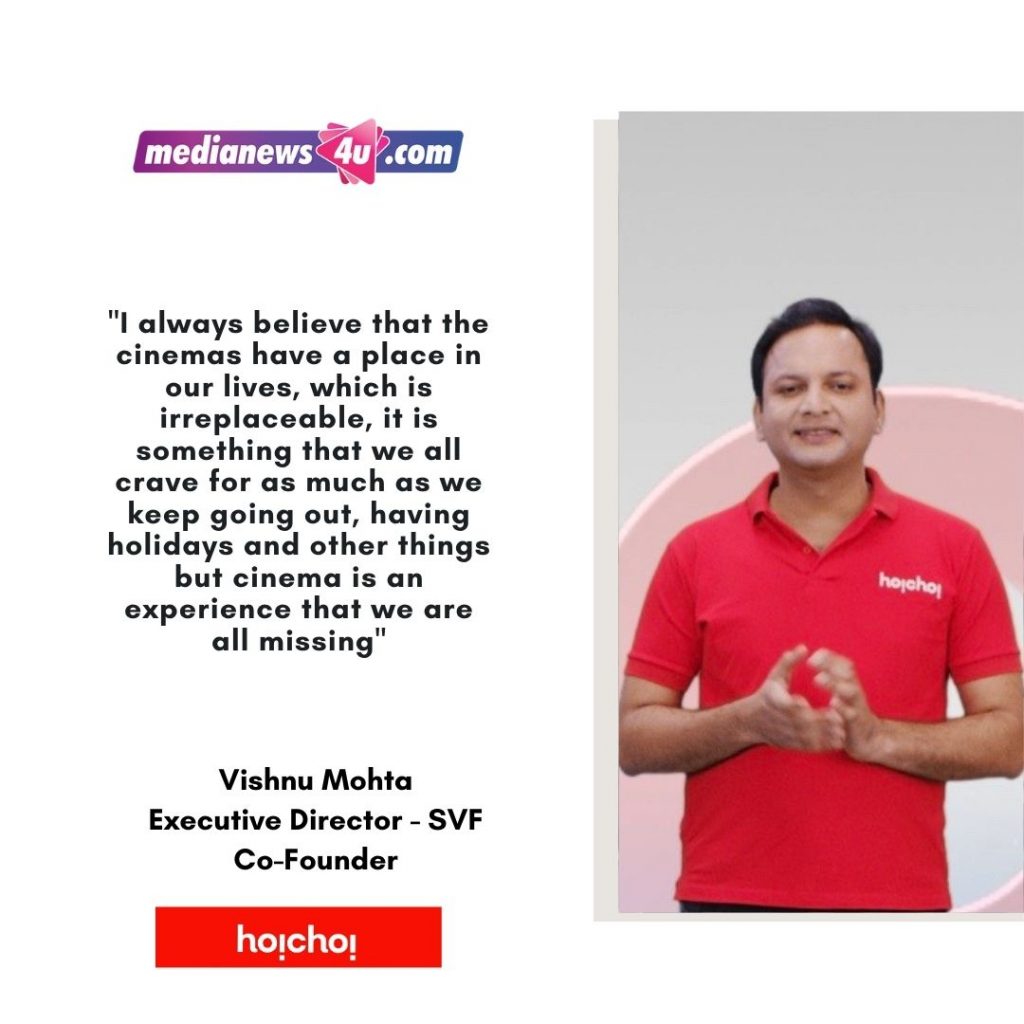 Releasing movies on OTT is the new normal, your thoughts on this?

I mean it has happened in a fair number of cases. But there are a lot of movies that are holding out for cinematic release and I think as SVF, which is the parent company of Hoichoi, we have taken a decision that most of our flagship projects will wait out till we get to the theatre’s.

During this pandemic, what has been the growth of Hoichoi?

As the lockdown was announced we immediately started seeing three to four X numbers in terms of daily matrix, traction, time spent and subscription etc. For the three months post that anything within two to four times on any day basis in growth happening and then when the world started unlocking itself,I think it normalized to a certain extent.

This is one of the reasons why we sort of want to put our best foot forward, now we have used that time to lock at lot of shows, clear our scripts and the best part was that access to talent was a great opportunity during this time for us, as a lot of the key marquee film directors or actors were available as shoots are not happening due to the lockdown. We had the opportunity to have them come on board, as part of some of our shows, I am very excited about working with all of them. I think we have a massive line-up, as far as this region is concerned, in terms of the directors and the writers we are working with. I think that is an opportunity on the supply side, the demand is always there. 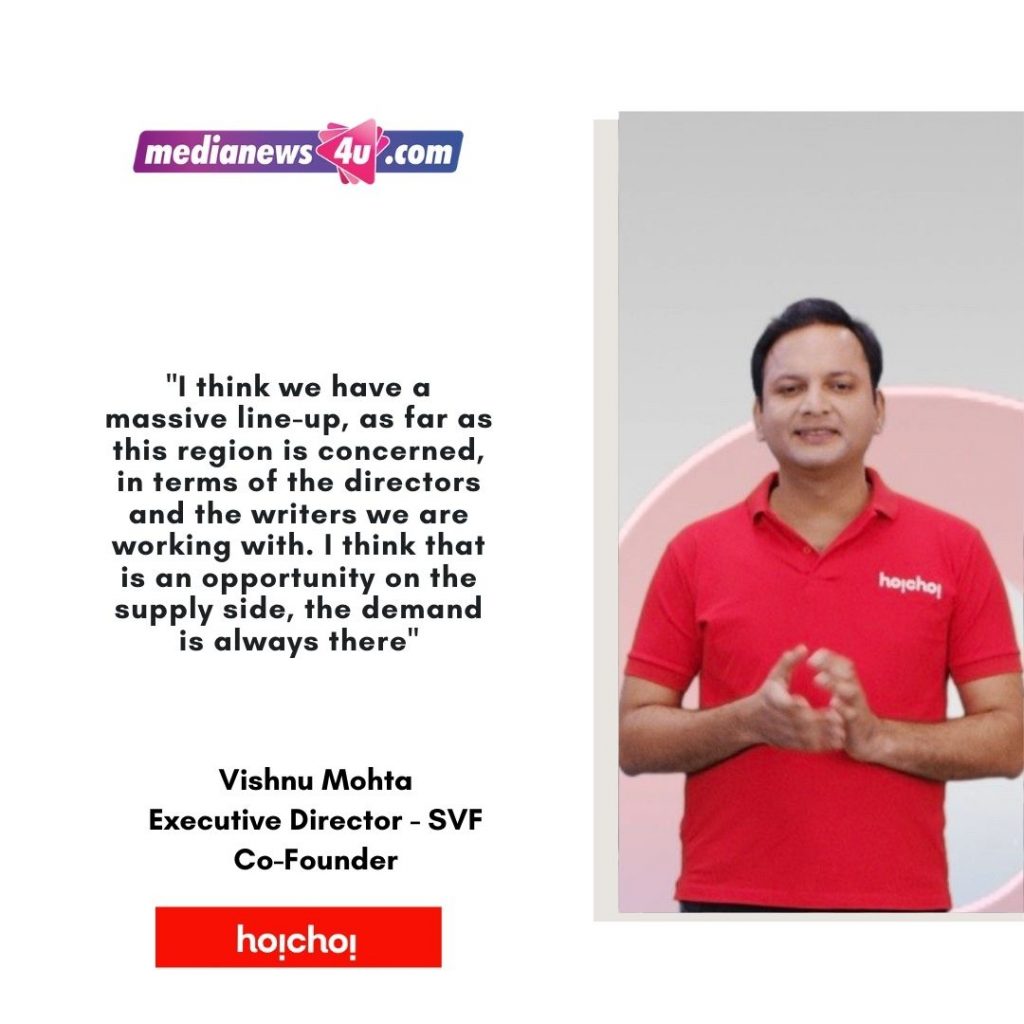 Do you also see new subscriptions, has it been only India or the Bengali diaspora across the world?

This is across the globe but lest we forget Bangladesh, a country and the only country which speaks Bengali.A fractional number of people speak English but no hindi, it is a native Bengali speaking country and it is extremely important for our platform. We started making these shows which are made in Bangladesh by Bangladeshi directors. Bangladesh is a very important market for us in the global perspective. 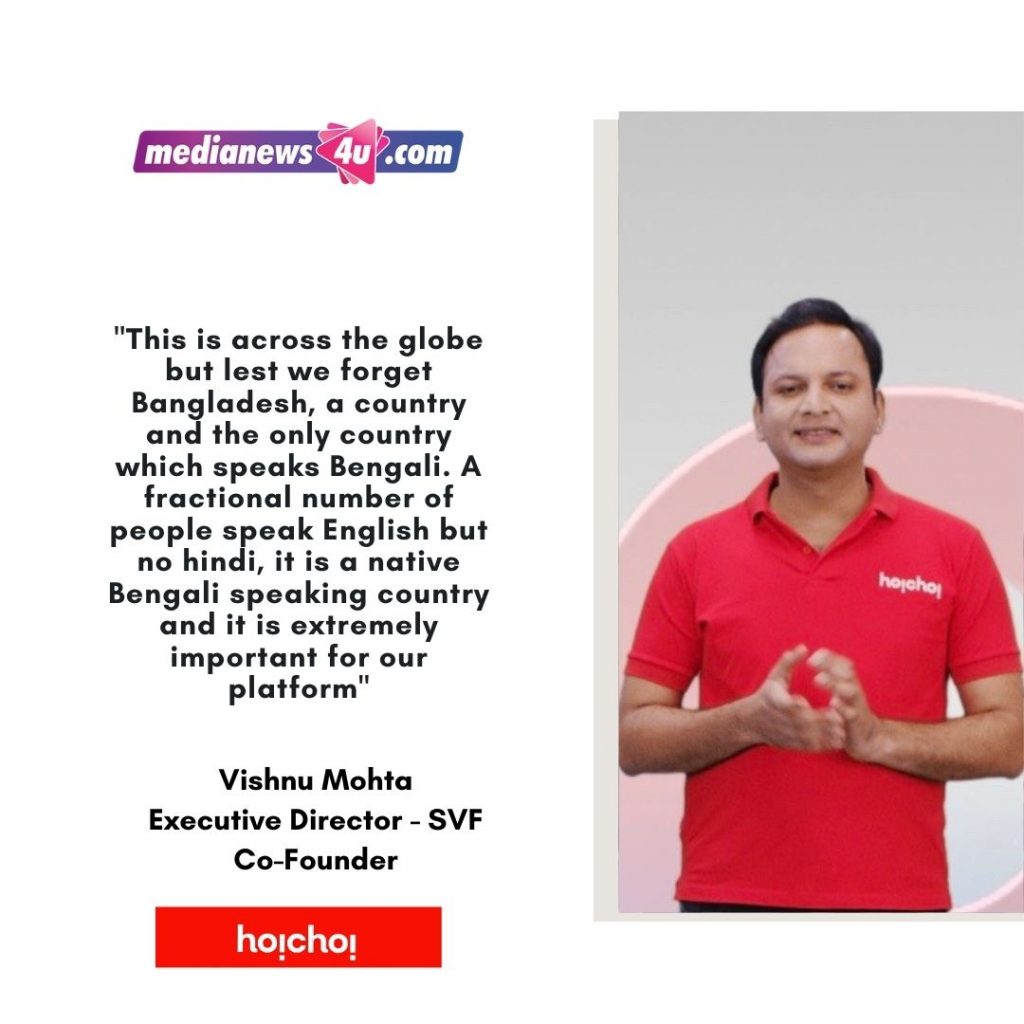 Your recent tie up with Jio Fibre for subscription building, how does the tie up help Hoichoi?

We always feel that working with some key partnerships is extremely important for us to get to our mission, as it allows us to leverage off the strength of a specific case.Jio Fibre brings with it, the massive distribution network and on the ground getting to customers. Jio Fibre is an extremely important distribution partner for us,to take care of the things like distribution, collecting money from people and that in turn allows us to focus on things like content and the platform itself.I think it is a great partnership and I think in OTT it is the most important partnership,an ISP or a Telco works with an OTT company, because it allows both of them to reach the matrix and numbers and one would not be without the other. Everybody is a delivery vehicle for the internet and wherever the internet exist I think 70% of the internet traffic is video and in reality it is a very symbiotic relationship.

Smart TVs is the norm and Hoichoi is only available on Airtel TV and DISH TV are you planning to tie up with other DTH players?

We are having conversations with a host of folks and they will happen as it is available. Some of them want to partner with OTT and some do not want to. More importantly as far as the TV devices are concerned, Samsung, LG, Fire TV, Roku, Apple TV, MI TV, One Plus TV and the other TV manufacturers have embedded Smart TV devices and easily available today. We cannot think of too many of those that are left out today where there is noHoichoi app.

The marketing approach during this lockdown? Will the new launches have a different Marketing strategy?

One of the things that we did just post the lockdown opening, was an outdoor campaign in Kolkatta and the rationale for that was, a new show was releasing and what was most important is that I have rarely seen such a clutter free marketing possibility ever. There was the rains, the Amphan,all the outdoor hoardings were washed out. It was I think from a moral point of view, very important for all of us and at the same time, we felt that it was the most clutter free time to market, while maybe 20% – 25% of the people are going to be out and when they are out what do you see and what you connect with and what uplifts your spirit, nothing like entertainment in our opinion.

We felt it was a great opportunity to do that, the other thing we constantly do is that we always wanted to work with big talent, as they have their own influencer circle plus communities that pull their fan base to the platform and that is one of the best ways to market a show. And third most important is that when you make great shows, I mean from a marketing medium we have a referral. If you get the referral right you don’t need to spend huge marketing monies. This is a policy we believe in and shows are topical, there is word of mouth publicity. If you make great content, then referral should be your number one marketing strategy.

Any of SVF films that will go on OTT or are you also waiting for theatre’s to open up now?

As I mentioned earlier we will release most of our marquee films on OTT directly, but we hope that most films will see a theatrical release. SVF owns a lot of cinemas themselves and as far as Kolkattais concerned, we are in a better shape with the Covid numbers now stagnant and it is a matter of time that things will unlock.Last few things that I can see which have not opened are theatres, schools and colleges.