MemeChat the application was launched on 2019. MemeChat and in a short time has emerged as one of the most popular home-grown social media networking apps for Generation Z and millennials. The app gathered a dedicated following in just a year with more than 750k+ monthly active users (current user base of 2 Million Downloads) and over 6 million memes. MemeChat has officially worked with top Indian OTT platforms like ALT Balaji, Hotstar, and Amazon Prime, creating their user-generated memes.

MemeChat recently got funded by 500 startups for $150k and became the only Indian start-up to be included in the 500 Startups’, one of the most active global venture capital firms’, a distinguished accelerator program for its 27th batch 2020. To move ahead with all the technology the App has recently launched AMY, the world’s first-ever Artificial Intelligence meme generator. The founders of this meme revolutionary app firmly believe that memes are here to stay, and one day, it will be an industry in itself.

Taaran Chanana; Managing Director & Co-Founder and Kyle Fernandes: CEO & Co-Founder spoke exclusively to MediaNews4U on the APP, their funding, and much more…

In lay man’s terms can you explain what MemeChat is?

MemeChat is a social media platform, where people create, and curate, and share memes; so whenever you see a meme on social media, the point of origin is usually MemeChat, because most memes are first created here and then spread across all the social media platforms. People use it for two purposes now. The first is as a creator, where all the good creators come to create memes on a common platform and serve their audience. The second is the user-friendly keyboard; people use our keyboard to share memes. 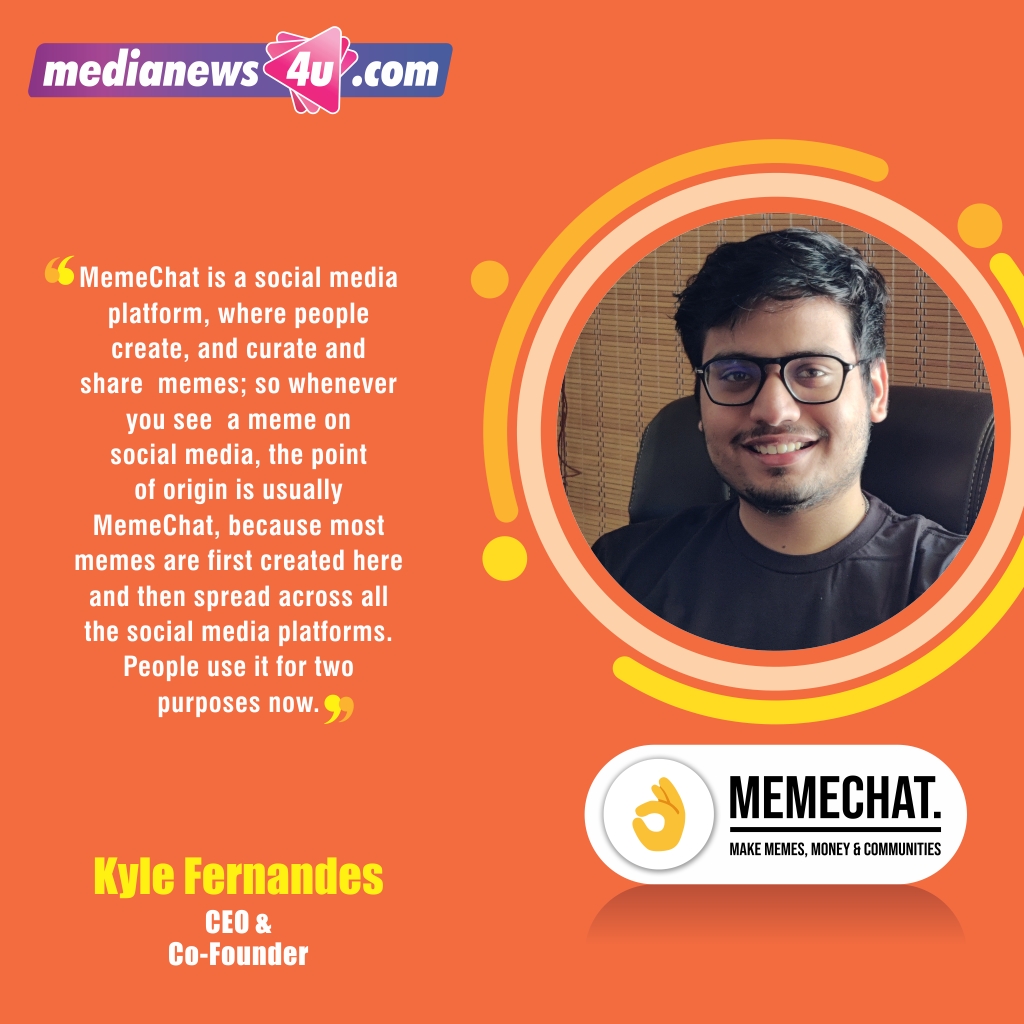 MemeChat launched in 2019, how has the journey been and what were the challenges? You have also picked up funding, how did this happen?

The journey has been interesting till now, but it was not without its challenges.  We started as a bootstrap startup and so we had to earn our money for every function, be it to serve a cause or to hire people. So, that’s one thing we had to learn very quickly. We eventually secured funding from a US investor who believed in our idea. Our proudest moment was when we were placed second at the Atma Nirbhar App Challenge. 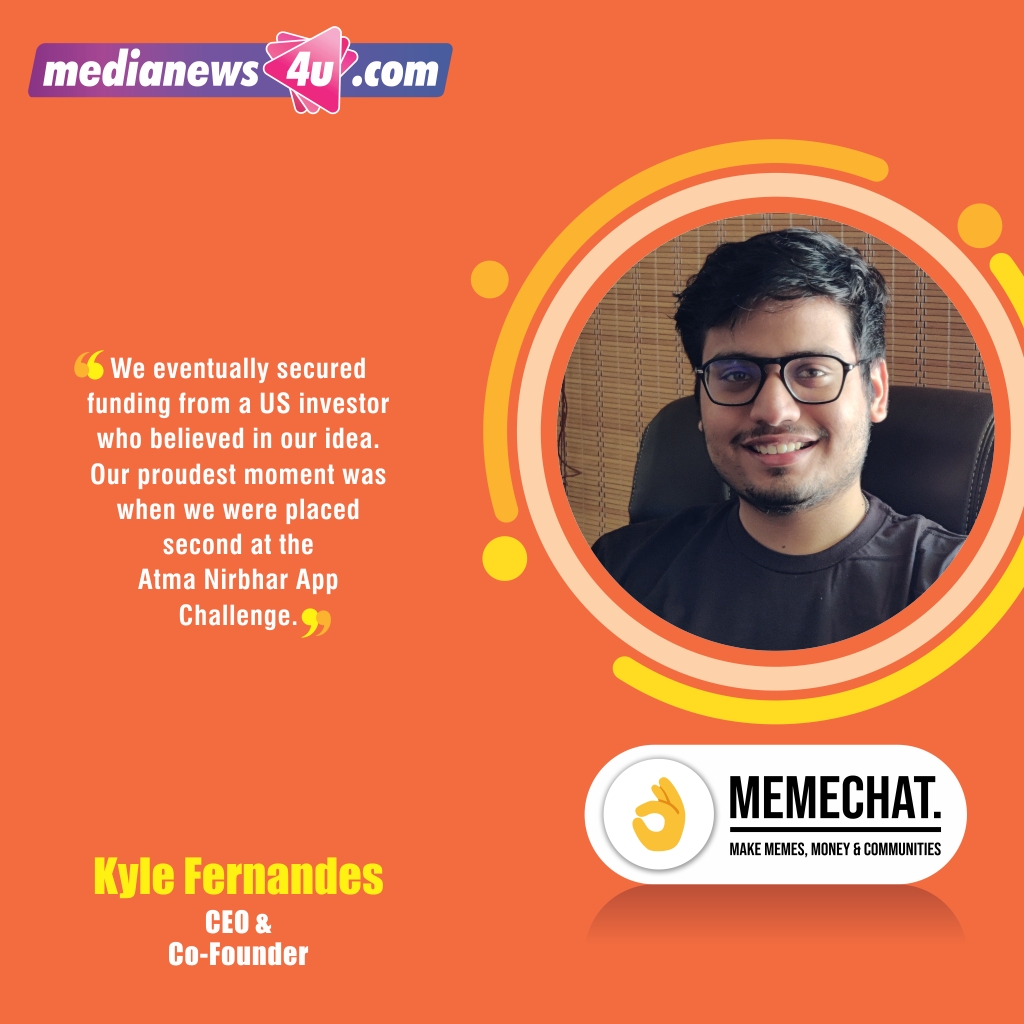 You are a young team, what is your advice to the young millennials and how can they earn from creating mames?

My only advice to young millennials is to continue with their passion.  Apart from regular studies, one should always cultivate a hobby or activity that can help them go ahead in life because it’s very important to build up skills that are seen as extracurricular. For instance, kids as young as 16-17 year old are earning about INR 8 to 10 thousand per month through creating memes on MemeChat

How big is meme marketing and is it across all demographics? Is it an urban phenomenon or also a market in Tier 2&3?

Meme marketing has grown substantially in a very short time and it’s spreading across different verticals as we speak. In fact, we have recently executed a couple of Tamil campaigns without having a strong language hold. The meme ecosystem has established itself strongly in the OTT industry. We are associated with most of the OTT platforms in the country. There’s a reason why shows like Mirzapur, Scam 1992, or The Family Man became so popular and people chose to subscribe to all the OTT platforms where these shows are running. Memes are a genre of content that has the potential to go viral in just a few seconds.  Unlike other marketing content, it is almost entirely driven by consumers and is hence, seen as more reliable. What are your future plans, where do you see yourself in the next 3 years?

Every person who has a phone will be an eventual user of MemeChat. That’s where we see it going. Every internet user is our customer. We plan to expand internationally in the coming time.

How is this business ‘MemeChat’ marketed?

We do not spend on Facebook or Google ads. Instead, most of our growth is purely organic. The user determines the virality of any content. This has been a major growth factor for us. 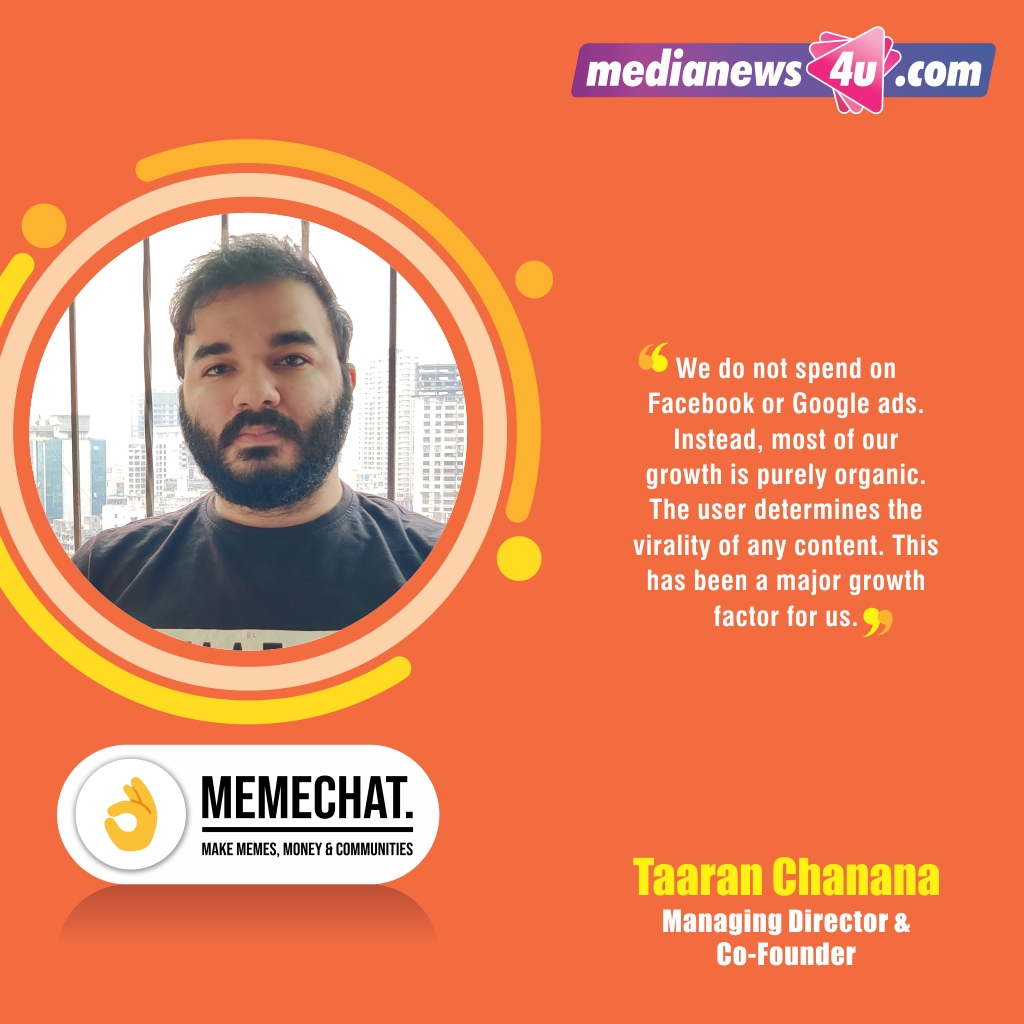 Under our innovative payment model, creators can get paid for every meme they make. An average creator earns about 8-10k per month right now

What is your revenue model?

For now, we handle the meme marketing campaigns for top brands in the OTT, product, and FMCG sphere with clients like Amazon, Hotstar, and OnePlus.

You have recently launched the AI keyboard, what are its features and how can one use this keyboard in a smartphone?

AMY, the world’s first-ever Artificial Intelligence meme generator can make memes in a matter of seconds on the app. It uses state-of-the-art NLP (Natural Language Processing) and deep learning mechanisms. The architecture of the keyboard is designed to analyze information and produce humor. It solves problems that would be impossible or difficult by human or statistical standards. This has been optimized to generate humorous memes by users within seconds. AMY is now live at the MemeChat app as an invite-only feature. It supports all the messaging applications 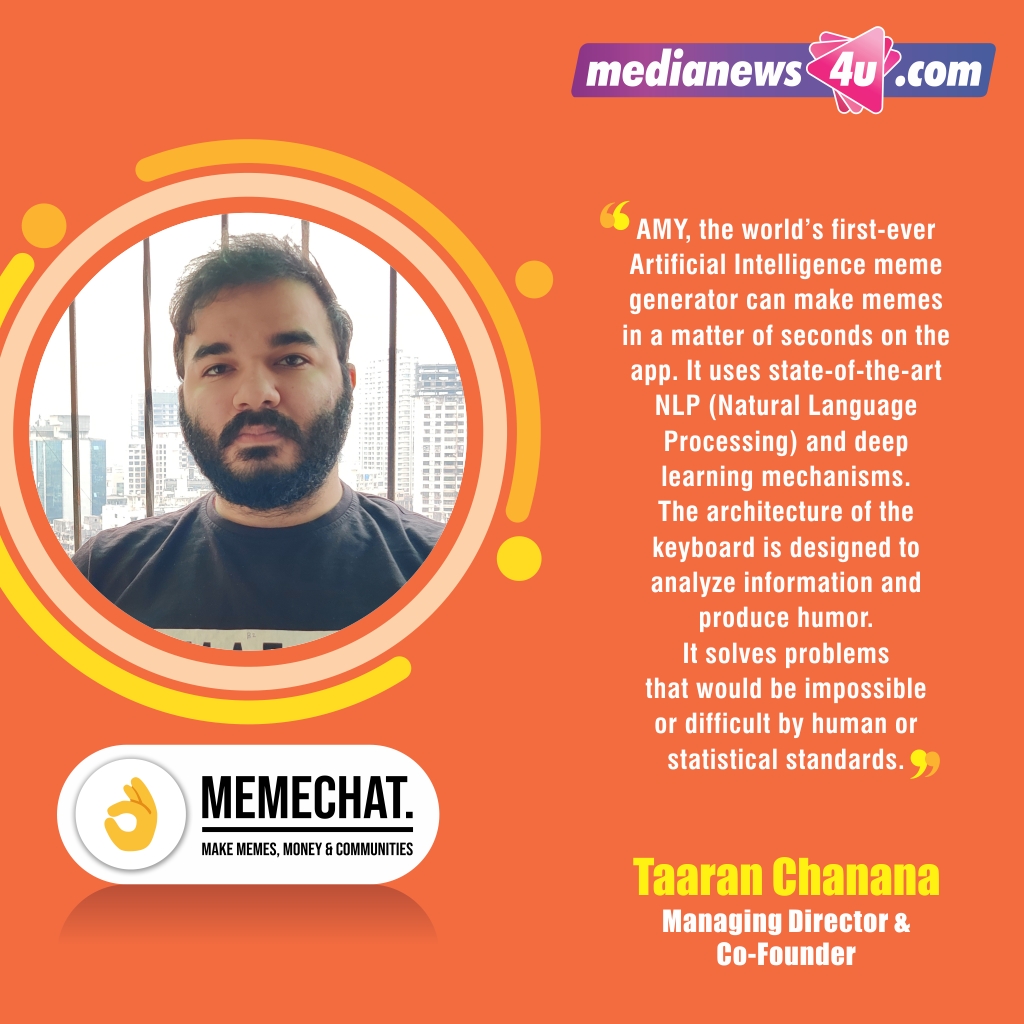 Admatazz, an award-winning digital agency based out of Mumbai that creates holistic and engaging digital solutions for brands and businesses,...

Mumbai: Genius Inside, a recently launched AI-powered platform aiding personal and professional transformation presents its first live session on the...

The crisis has brought about a formidable shift in how brands communicate with their target audiences: Sunny Kataria, OLX India

Mohalla Tech, the parent company behind Moj and ShareChat, today announced two executive appointments. With an increased focus on creating...