The publication fought on despite its Founder-Editor being arrested by the British for sedition and its publication being suspended repeatedly.

by Editorial
in Exclusive, Featured, Print
Reading Time: 2 mins read
A A

There was a time when there were no Indian-owned English dailies in Mumbai. In 1928, freedom activist and journalist Swaminathan Sadanand changed that with the launch of The Free Press Journal, which will be celebrating its century six years from now.

The publication and its Indian Founder-Editor were at the receiving end of the British empire’s wrath more than once. Sadanand, who was deeply involved with the freedom struggle and had joined the Civil Disobedience Movement, was arrested several times for publishing news about events like the Quit India Movement (1942) and the Naval Uprising (1946). According to the acts in force at the time, what he did amounted to sedition. Under a Press Act of the time, the publication was suspended several times.

Among those whose bylines have been carried in the pages of The Free Press Journal are celebrated cartoonists RK Laxman and Balasaheb Thackeray, and journalists like Dom Moraes, TJS George, MV Kamath, Rajat Sharma, MJ Akbar and Janardhan Thakur.

Eventually, the newspaper moved to a new management under the Karnanis. It has worked in recent times to contemporarise itself to be relevant to today’s readers, without compromising on its neutral reporting stance. Using the Covid lockdown, it ramped up its e-paper delivery, offering it conveniently, for free, via Whatsapp.

On the occasion of India@75, The Free Press Journal brought out an e-booklet featuring print advertisements released on 15 August 1947, saluting a free India. 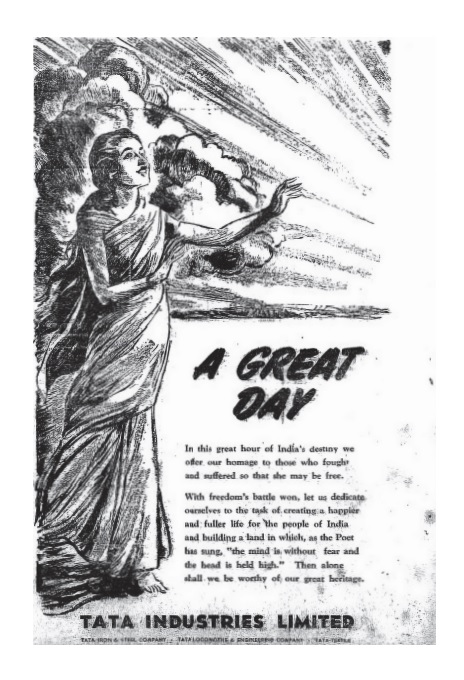