In his last address to the nation, PM Narendra Modi had made a clarion call to support local brands. During this time of crisis it has made us realise the importance of local traders who have helped the country sustain during this long period of Lockdown due to the Coronavirus, he said.

Stressing that people need to buy local products and spread the word, PM Modi said, “I am proud to recollect that I had asked citizens to buy Khadi and to support handloom workers. In a short time, demand and sales touched record levels. Khadi became a big brand because of you and we got good and effective results.”

This has of course started a debate on what is actually local, are big MNCs established in India, hiring locals and manufacturing here be termed local? Or we are talking about solely Indian brands?

As per many Experts despite the PM’s call, India will remain an open market and home-grown brands are not going to get any preferential treatment from the government. They have to win the consumer on the back of quality, innovation, pricing, and the right marketing mix.

After PM’s call, the BJP came out with a clarification on what going ‘be vocal for local’ means. The party has said that local does not only mean products made by Indian companies, but also those manufactured in India by multinational companies or MNC’s. The party stated that it would not make any distinction among them.

We at MediaNews4u have spoken to people from various sectors, startups and brand consultants to understand as to what how they have interpreted the term ‘Be Vocal for Local’.

Be Vocal for Local, how do you interpret this term?

I think it is a very clear indication, if you remember, sometime around early 2014 once the BJP government came into power is when the Prime Minister started talking about it on a project called ‘Made in India’. It has always been the dream and the vision that we should have everything that is produced in India and even if other companies from other countries want to come and set up, they are welcome, we have a friendly business policy and we would promote the Made in India product.

Now when he is saying Vocal for India, clearly my interpretation is that he is encouraging everything that is being produced in the country. Definitely it is like two sides of the coin; one is companies which have origins in India and producing in India and along with that there are companies which are not necessarily Indian, but they have set up manufacturing facilities in India and as a result of which, India as a country gets revenue and employment, it is also from a macro perspective, the intention is fine and I have no qualms about it, my interpretation is that it is a wonderful Mission and Vision.

I am saying it is for Indian companies and for companies that are not Indian, but have based in India so everything is healthy and positive for the economy of India. 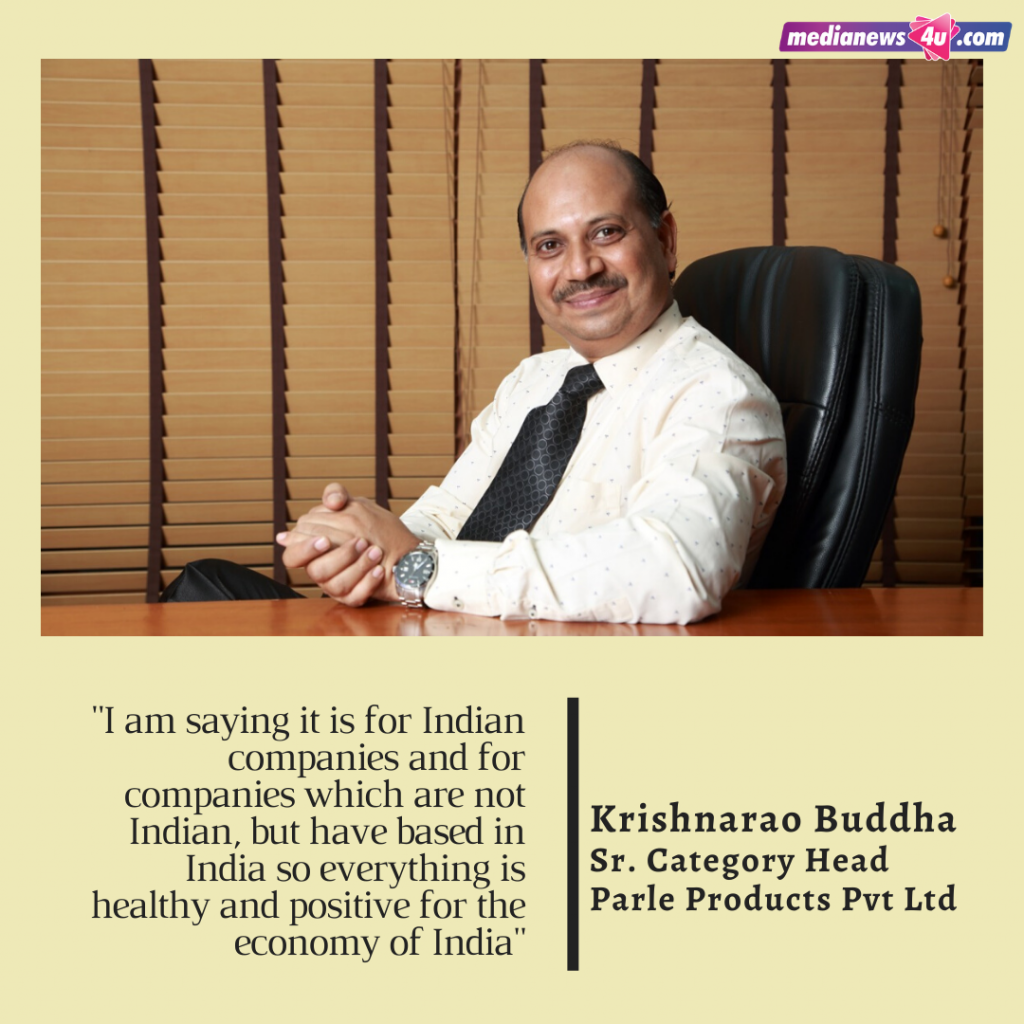 What is the differences between Local and Swadeshi?

I think it is a very thin line between what is local and what is Swadeshi, actually, it is a subset, I would say that local is a subset of swadeshi, anything that is produced in India is local and can be termed as swadeshi. I really do not see much of a difference between the two terms, but definitely whatever is Swadeshi is necessarily local and vice versa.

How will companies which may be global but have been in India like HUL, Bata, and other companies who produced here and employ locals, this is a dichotomy? 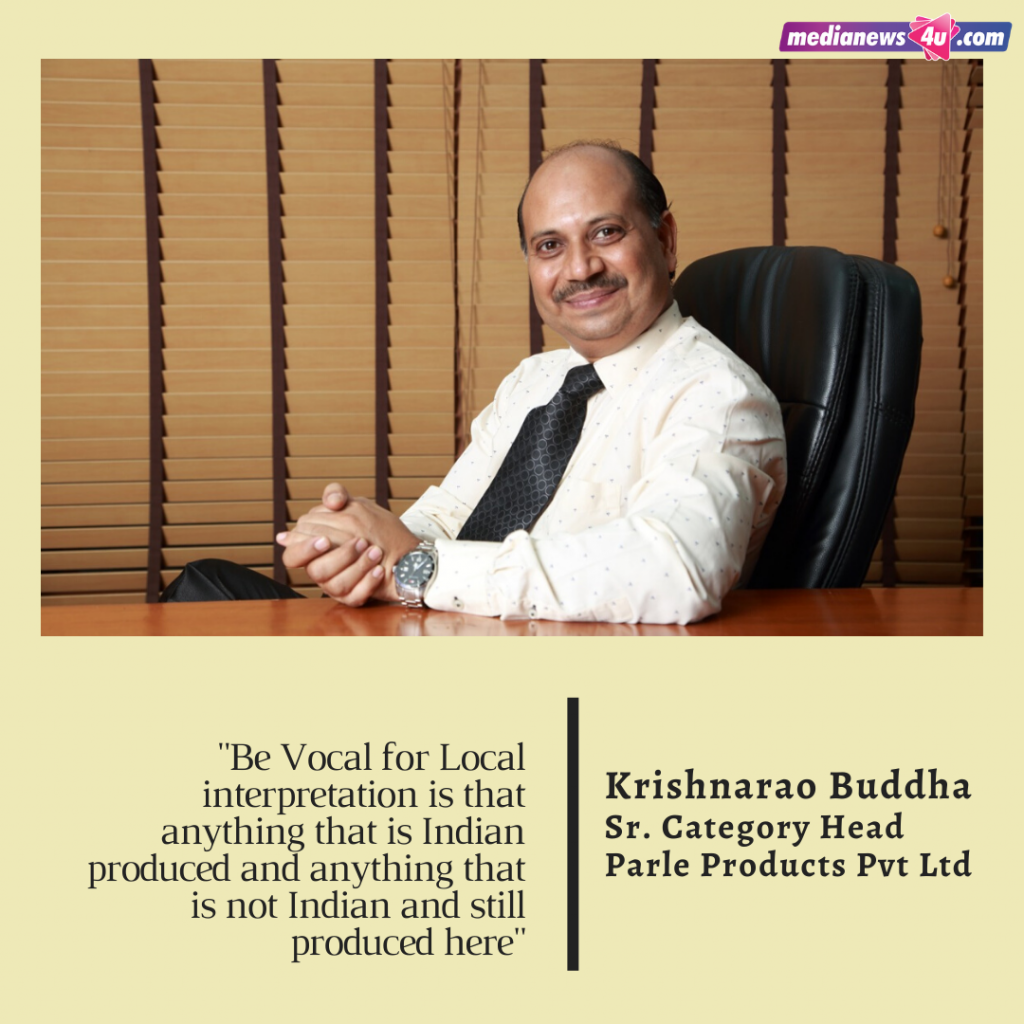 Having said that I am saying both are good, there is a company which is purely Indian, people would love to adopt and accept the product as something like a Colgate which has been producing for decades and even an ITC for that matter a British American Tobacco Company, they have been having a major investment in the country, which is definitely a booster but somewhere we all know if Apple tomorrow sets up a factory here in India, a decent part of the revenue will go out of India.

Do you think after this call, a lot of people will now start thinking and wanting to buy Swadeshi goods?

I have a different point of view, this vision is going to be extremely category dependent, and very few consumers actually aware of which company is actually producing what product or a particular brand, though there are a lot of messages still consumer memory is very weak.

In that case, it is difficult to now further dissecting it to categories, my point of view is, if there are strong Indian alternatives, consumers would definitely get skewed towards those brands, a recent example would be Patanjali. Vicco Vajardanti, Himalaya has been around for decades but Patanjali came and the adoption was much quicker much easier and people sacrificed their favorite brand like Colgate or a Pepsodent for a Patanjali Dantkanti and they did not hesitate. Though I felt it was literally short-lived, many consumers have gone back to their original brand, but in certain cases where there is a strong Indian alternative and if brands like Patanjali are able to build a fantastic stronger proposition on Dantkanti, more and more consumers will shift from their existing brands.

My take is wherever there is in a category where you have a strong player, production will be easier but if you do not have a strong player, for example the luxury segment. It can be Cars, Jewellery, personal products like Women’s handbags, High-end Phones, etc. Anybody who has arrived would want to flaunt a high-end phone or woman would buy international brands like Louis Vuitton or Gucci as it has a snob value and as it somehow talks about their status, there are some Indian brands that we can buy but then are they really that aspirational. These customers will not compromise and not going to go Swadeshi.

About five years ago there were a few Indian brands like Karbon, Micromax in the mobile handset segment but as they could not keep with the technology the brands vanished. Xiaomi for example set up a facility in India and they have claimed the number one position by innovation and keeping the cost low but not compromising on the high features, etc. Consumers are easily adapting to a Samsung or any other brand like Oppo, Vivo, Xiaomi, or Apple. How do you expect consumers to buy an Indian brand as it is not aspirational, if a Karbon or Max can upgrade itself then I will be more than happy to buy an Indian phone.

FMCG and cleaning segment, where people would definitely switch, people buy them as it is functional, but eventually, there is a certain household who will say no and want to only buy Harpicas they have trust in that product. Many known brands due to the lockdown are not available and people are buying alternatives. When things come back to normal, there is a likelihood as there is certain trust, a certain belief in the brand’s functionality. When a brand is able to create a great impression, brand value and proposition in the consumer’s mind is when consumers will buy local/swadeshi brand.

Now coming to our category Parle, consumers will not blink one eye, they love Parle Products and they swear by Parle-G. They would love to have a Parle or a Balaji because they know these are Indian and the brand proposition is also strong, as they have been in this country for more than 75 years. I think eventually swadeshi purchase would get impacted in the next 2 to 6 months. As we see things easing out, my take is in certain categories, it will not impact competent strong brands and aspirational brands, but in certain categories, there is a likely shift that is going to take place. So you say that there is a dichotomy but if norms get sorted out and if the brands perform better than they will be more people buying the brand?

So the onus is upon the Indian manufacturers, every category has built a strong brand, and you a good choice to Indian consumers so that they pick it up easily. 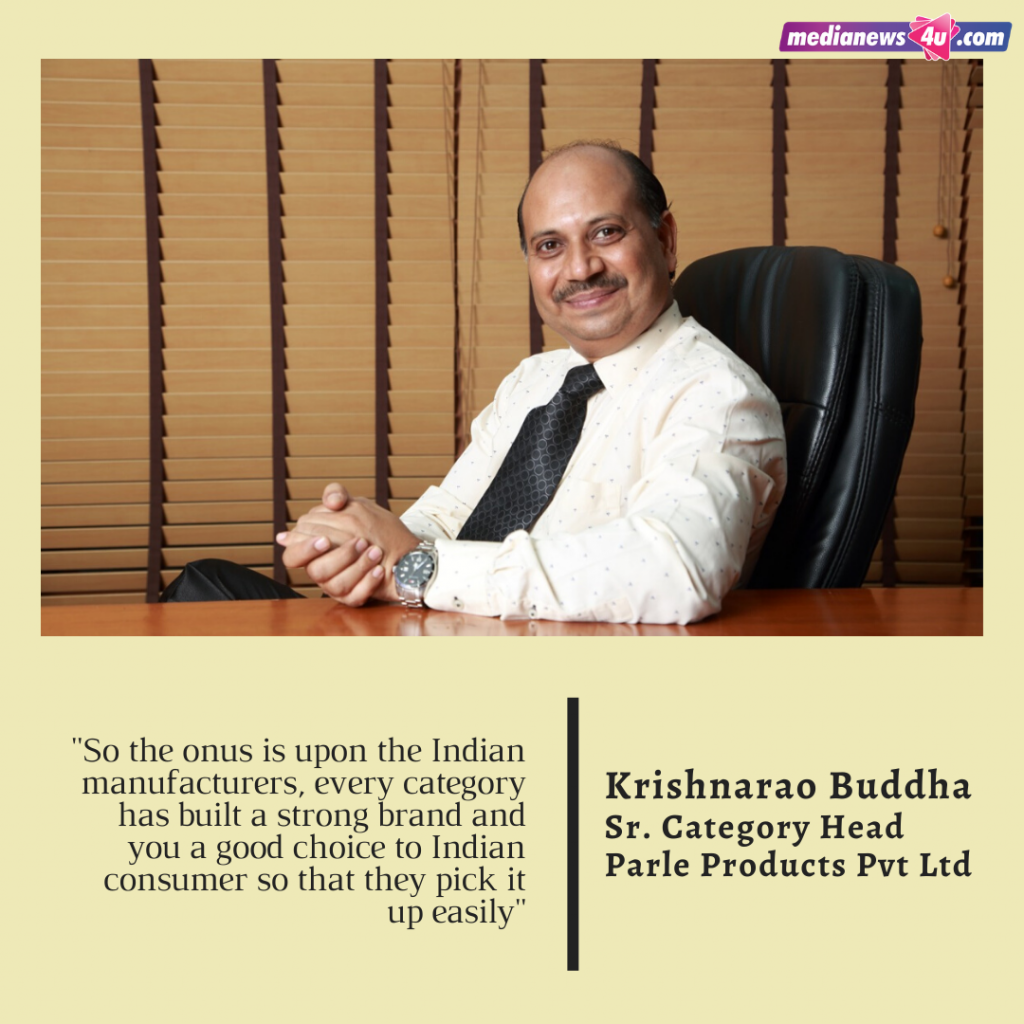