Political parties still dominate the volume of Ad insertions in week 18; Apple iPhone is most viewed & Google is most liked : Chrome Optimal+ Wk18

The survey unveils results of brands under three broad categories namely most watched ads, most aired ads and the most liked ads. The research also gives us a clear picture with the comparative study of the performance of the brands in week 18 against week 17. 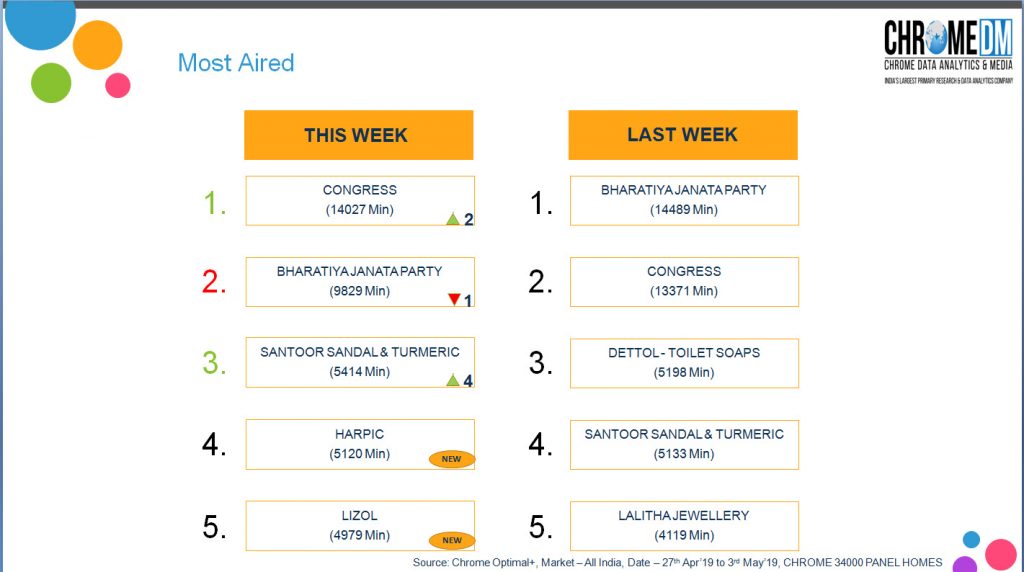 Looking in to the most Watched Ads category, Apple iphone retains its Numero Uno Position followed by Aumobile Brand Bajaj in second spot. Soft Drinks Brand Frooti ramps up to 3rd position  from 5th spot in week 17. Online Shopping brand Amazon hangs on to 4th place followed by New entrant Tide Plus – Extra power in 5th spot. FMCG brands Cadbury and Frooti is seen dropped out from the Most watched Ads category list In Week 18. 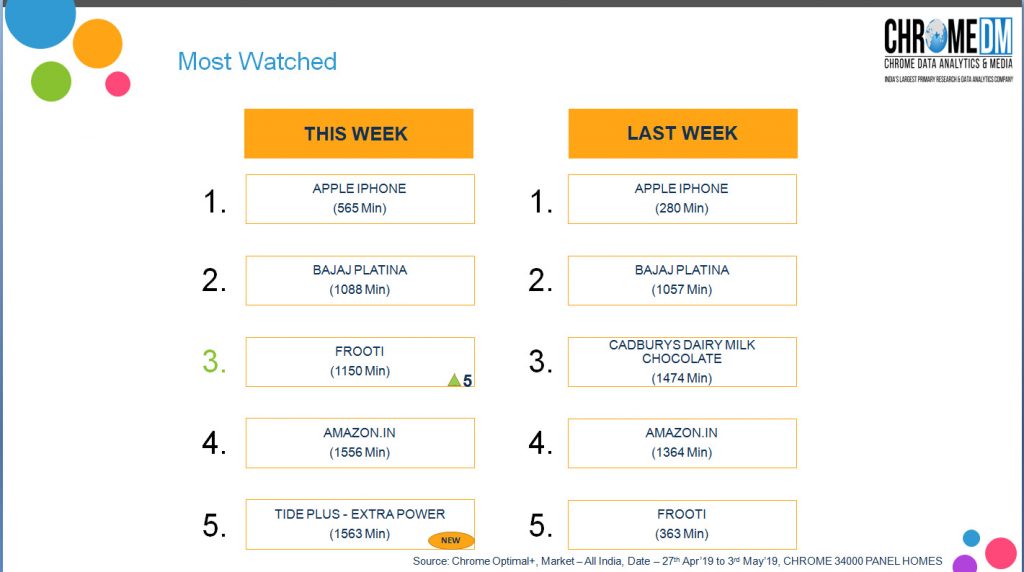 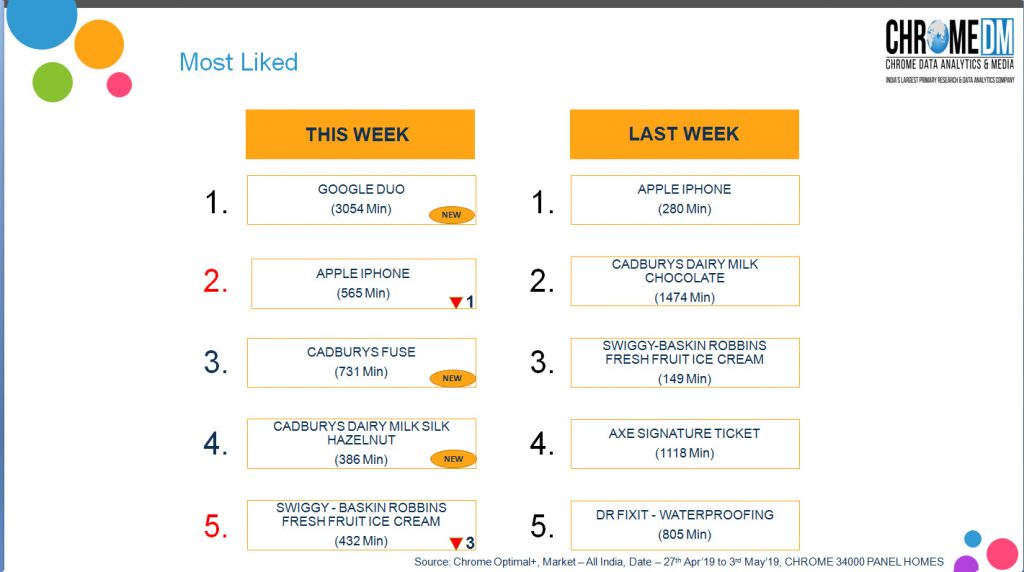 The new normal in a world where Covid-19, unfortunately, is becoming a part of our life will bring about many...

Aakhya India is a full-service strategic public affairs consultancy firm that specializes in communications and policy advocacy. This Delhi based...

Focus on affordability as now is not the time for premium, luxury, high-end products: Sohinder Gill, CEO, Hero Electric

Raksha ‘Bandhan’ a ‘Timeless Bond’: A Digital Initiative by MMTC-PAMP