Star World, one of the leading English entertainment channels in the country, leans on nostalgia by bringing one of the classic TV shows The Wonder Years, from the golden era of the 1990s when it was first introduced to Indian adolescence. Keeping in sync with the show’s sentiment of reminiscing the good old days, the channel took to the microblogging site with a throwback to the time of retro style Star World logo and took viewers back to simpler times.

To give some respite to people stuck at home, Star World jumped in and added on to the wave of nostalgia that has hit the country owing to the lockdown. Through this interesting interaction initiated by the channel, other brands and TV channels got on-board and reminisced some nostalgic moments from their rich history.

It all started with Star World tweeting “Throwback to the time where we helped you build your love for your favorite shows one episode at a time! #TheWonderYears”. Here’s the link to the tweet – click here. 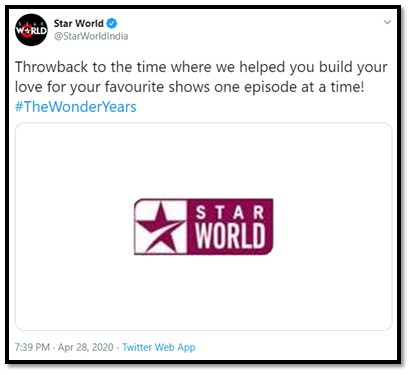 And what followed was responses from the pioneers of Indian TV among other leading brands.Star Sports called out the good old days when India won its first Cricket World Cup! 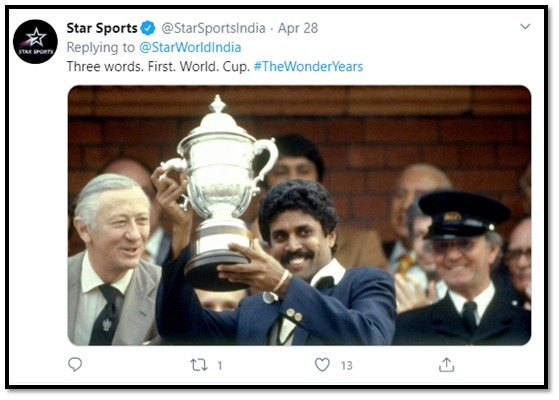 National Geographic shared a throwback to the cosmic big bang. 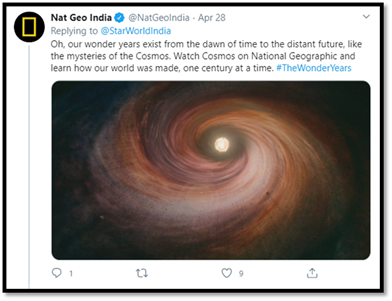 Star Plustook us back to the historic moment of Draupadi’sSwayamwar. 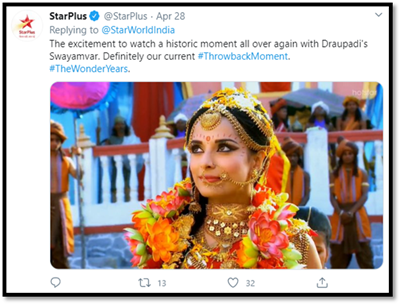 MTV India reminded us of the 90s when we would be hooked to MTV Bakra! 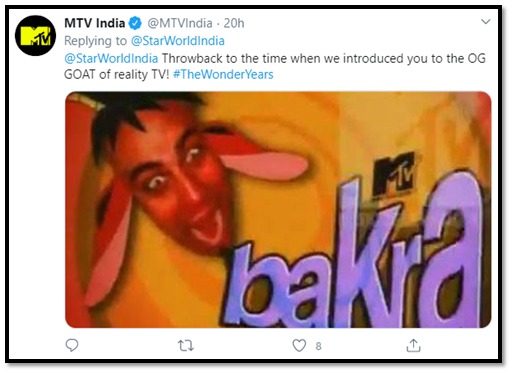 McDonald’s took us back in the days of “Choti Choti Khushiyaan”. 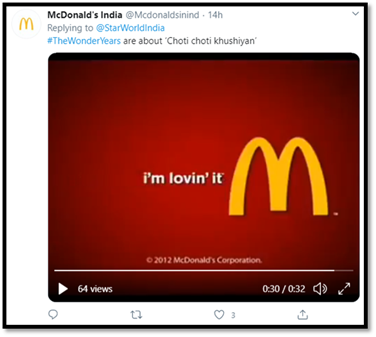 I also jumped in Walt Disney Studios India with references to our beloved Disney characters – from Mowgli to Nemo. 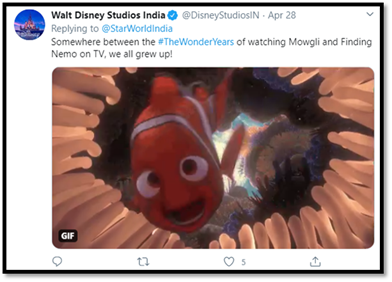 With this ultimate throwback to #TheWonderYears, Star World brought together brands of yesteryear and reminisced the times when life was easy. Relive your childhood days with the classic family sitcom. Watch The Wonder Years currently airing in India on Star World, every Monday-Friday at 6 PM!

The International Cricket Council (ICC) today announced the introduction of the ICC Player of the Month awards which will recognise...

New Delhi: 104.8 ISHQ FM, India’s 1st Romantic Radio Station, is back with yet another exciting campaign for its listeners....

Empathy and a spirit of 'we are in this together, so let's get out of it together' needs to be...