50 out of 70 brand endorsements were done by cricketers in 2019: ESP Properties

In a country like India where fans follow cricket like anything and then try to be their favourite cricketers by adopting their apparels and brands, 2019 was a year in which the domination of the endorsement industry by cricketers got even more popular.

According to GroupM’s ESP Properties – Sporting Nation VII report, Sports endorsement grew 11% to reach ` 456 Cr. ($ 65 Mn) in 2019 which was a year that saw cricketers riding the wave of popularity of their sport. Of the 70 new brand deals signed by sports stars last year, 50 involved cricketers. Endorsements from cricket players grew 16% in a year that saw India’s favourite sport contribute 85% to the total value across all sports.

The reported also highlighted the emergence of ‘Fantasy Leagues’ as a category.All of us know about Dream11 which also is the category creator and the leader. Dream11 alone engaged 18 cricketers last year as part of their brand campaign including their initiatives for the IPL and the 50 over World Cup.

Competing for the engagement of cricket fans was MyCircle11 with their signing of SouravGanguly, Virat Kohli who supported MPL, Gautam Gambhir who gave his backing to CricPlay, Suresh Raina who batted for Fantain and Yuvraj Singh who supported for Ballebaazi.

M S Dhoni might have taken a break but he continues to be very popular with the Indian cricket fans in 2019 the former Indian skipper added five new brands to his list. Sachin Tendulkar played his 200th and last Test Match at the Wankhade Stadium, as he crossed the ` 25 Cr. ($ 3.6 Mn) mark in 2019, making him the third most popular athlete in terms of number of brands endorsed. 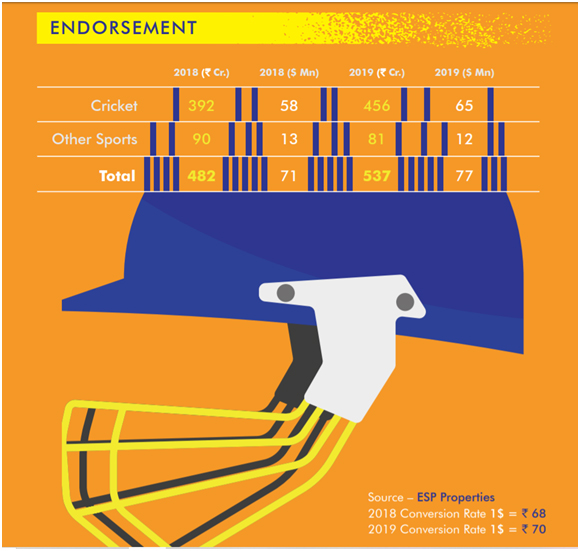 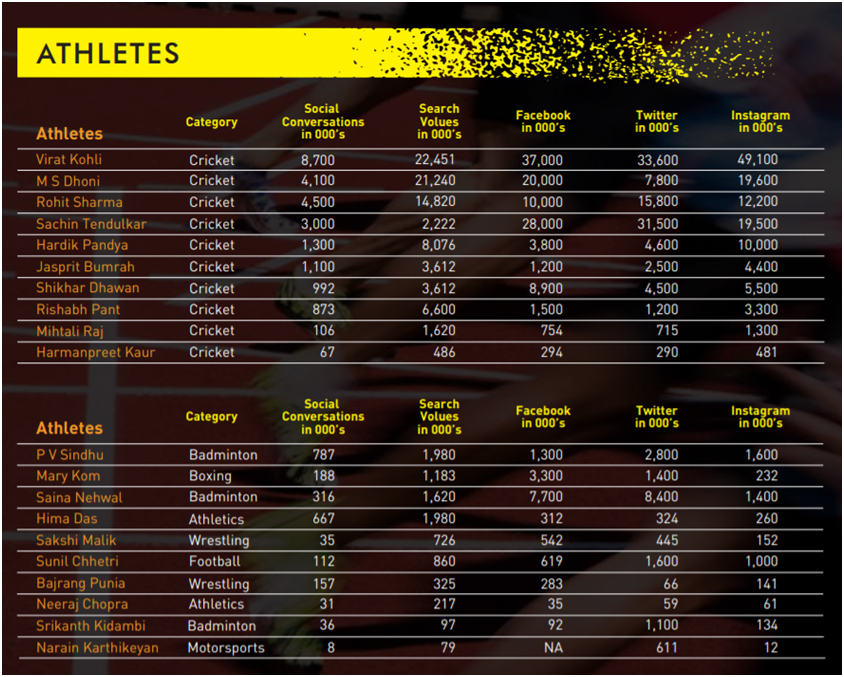