Mumbai: Laundry brand Ariel India has been advocating gender equality at home for seven years now, through its award-winning movement #ShareTheLoad. This year, Ariel’s #SeeEqual film that asks this relevant question – “If men can share the load equally with other men, why not with their wives?” has struck a chord with viewers having already garnered 100+ million views since it launched in February this year.

To further drive home this message with an aim to bring about a cultural and social change across society, Ariel India has brought out a series of thought-provoking messages amidst matrimonial classified in a leading newspaper, encouraging progressive prospective grooms to declare I #ShareTheLoad in their matrimonial profiles. This is meant to be a sign of change for prospective matches, for like-minded women to be able to explore profiles of responsible, progressive men who will see them as equals. And we know that when we #SeeEqual, we #ShareTheLoad. 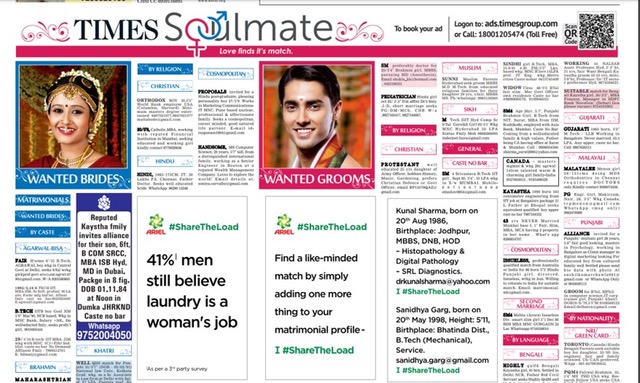 Ariel believes that households where men and women have equal responsibilities, and equal ownership of chores are happier households. The messages published by Ariel in the matrimonial section of the daily, focus on a very simple thought – ‘Find a like-minded match by simply adding one more thing to your matrimonial profile – I #ShareTheLoad’. By highlighting multiple aspects, like 41% of men still believe laundry is a woman’s job, or the very relevant timeliness of this conversation when exploring future partners, Ariel is encouraging timely dialogues to enable equal marriages, that can propel us into a more equal future. Ariel understands that women of today look for equality in a marriage above everything else which is why they want to encourage to-be-grooms to bring about that shift by promising equality right at the start. A recent study by an independent third party revealed that 88% women believe it is time to talk to men about doing their share of the household chores equally. 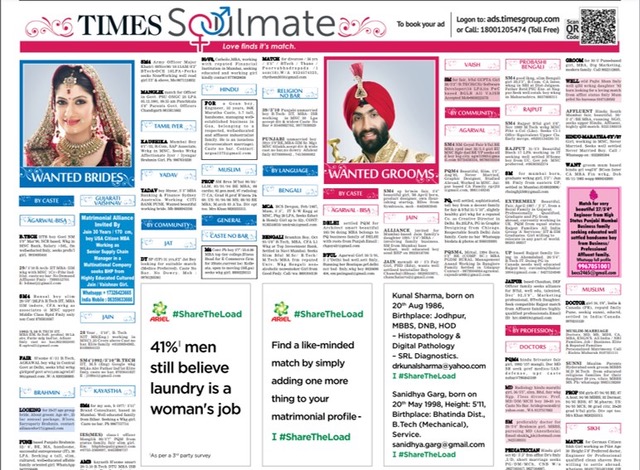 With this initiative, Ariel is also reflecting the journey men have taken overall. The profiles of prospective grooms proudly adding ‘I #SharetheLoad’ is a reflection of change and openness demonstrated by Indian men towards their willingness to change and #SeeEqual.

This is yet another step taken by Ariel to address the disparity in the division of household chores, and trigger conversations that can help bring about social and cultural change.

According to Chrome Data Analytics and Media data for week-20, 2022, English News genre became the top gainers of the...