ASCI is focusing on raising awareness about self-regulation among brands and advertisers to work together to secure the interests of consumers: Manisha Kapoor, ASCI

ASCI is launching the first of several initiatives this year to create greater consumer awareness about misleading advertisements.

In order to reduce the number of misleading claims and to instil a sense of responsibility among consumers to report such advertisements, ASCI is launching the #ChupNaBaitho digital campaign. The campaign will be launched next week and will be targeted at Mumbai and New Delhi consumers for the first three months of its pilot.

In an Exclusive Chat Manisha Kapoor, Secretary-General of ASCI spoke about the #ChupNaBaitho digital campaign. Also the other initiatives ASCI will take in 2021.

ASCI has been in the forefront in rising its voice on misleading advertisements, other than consumer awareness is there any other mechanism to deduct false claims?

ASCI has always been a flag bearer for responsible advertising. The ASCI code requires advertising tobe truthful, decent, responsible and fair. In addition to consumer awareness, we work with the industry and encourage it to advertise more responsibly. Our specific category and sector guidance educate brands on how they can be responsible and maintain consumers’ trust. 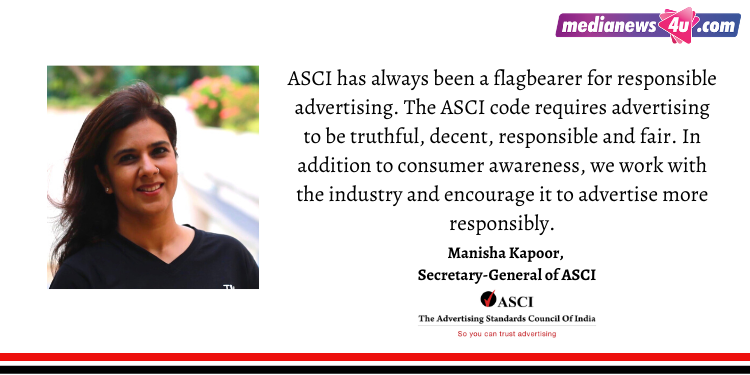 The recent campaign #ChupNaBaitho, how are you going to educate consumers to be part of this initiative?

The campaign is being rolled out in phases and focuses on building awareness and engagement with the end consumer and enabling them to take action (registering a complaint) against objectionable or misleading advertisements. 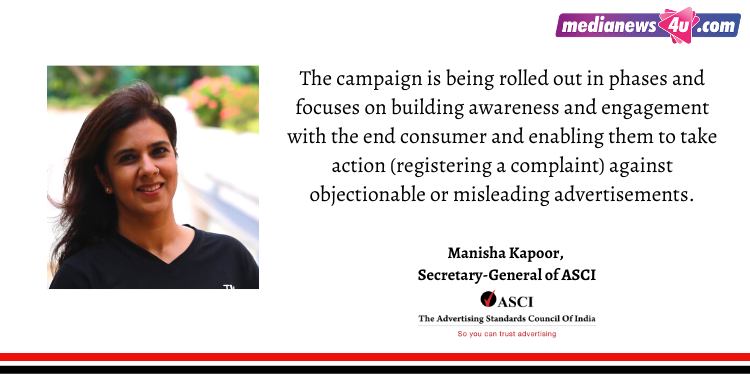 This campaign is a result of the ASCI-ISA: Truth in Advertising Study, according to which only 10% of consumers report misleading ads when they come across them; 20% of them write about them on social media and 70% don’t take any action against them. Through this campaign, our aim is to educate them, help them to identify objectionable/misleading advertisements in various sectors and enable their complaints registration through an easy channel like WhatsApp.

It is a digital-only initiative; would it have more impact if the initiative is also on traditional media as well? Why only Mumbai and Delhi for the pilot initiative?

The Trust in Advertising report suggests that 82% of people consume digital advertisements. People also spend a considerable amount of time on social media. This is already a huge audience for ASCI, and, with various targeting options that the medium has to offer, we feel that this is a good first step to take our efforts forward.

Delhi and Mumbai being large metros, they also have mixed audiences. They are good places to pilot the campaign. ASCI looks into and continue to receive complaints about advertisements on social media.

Our partnership with TAM includes the monitoring of 3,000 digital platforms.

We have a detailed roadmap for the year. Awareness will remain at the top of ASCI’s focus. We will also make considerable efforts to being more in tune with the times in terms of technology. We will work towards being a more impactful and future-facing organisation, working closely with the government for effective self-regulation. We are also focusing on raising awareness about self-regulation among brands and advertisers so that they work in the best way possible to secure the interests of consumers. 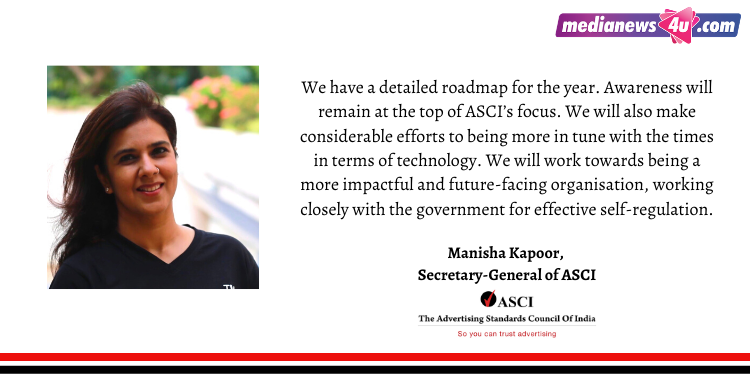 How e-Commerce is Aiding to the Expansion of MSMEs