Broadcasters up the ante against TRAI’s NTO 2.0

Mumbai: Indian Broadcasting Federation (IBF) has organized a Press Conference in Mumbai to address the concerns of its members on TRAI’s amendments to the New Tariff Order (NTO).

Top leaders from leading Broadcast Networks joined the press meet to voice their apprehension against the NTO 2.0 and briefed the media on devastating repercussions the amendments are likely to impart on their businesses. 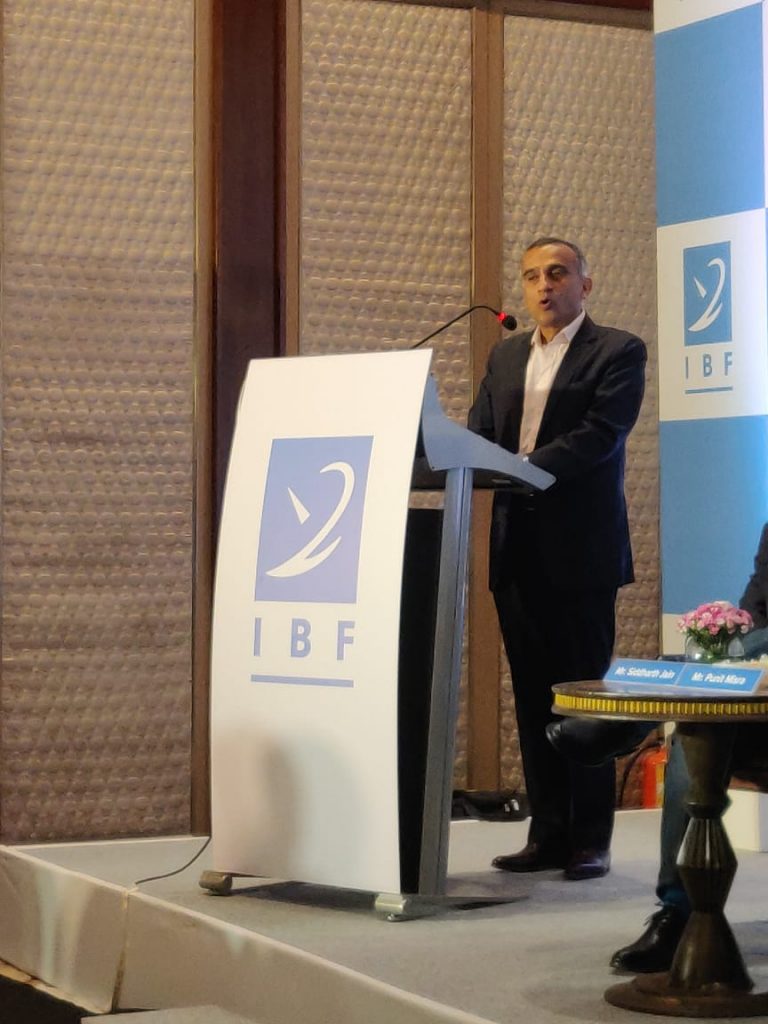 Questioning the need to change the NTO again, Sudhanshu Vats, Group CEO & MD, Viacom18 and Vice-President IBF said: “The objective of NTO 1 was first – to give choice to consumers, second – to bring transparency and third – to reduce litigation. While only the first two have happened, it’s too early to talk about the third. Statistically, overall 94% of Indians are aware of the NTO and the choices they have because of the efforts made by the broadcast industry collectively. The month on month churn in industry shows that people are continuously fine-tuning their choices. The other objective of NTO was transparency which it has also brought in. The question therefore, is “what is the fundamental need to change again? In my opinion there was no need.”

He further added, “India is a heterogenous country with different choices and abilities to pay. In every sector there is a wide spectrum and that needs to play out more in Indian media as well. This push for consistency shouldn’t come in the way of the industry’s and economy’s growth. In the M&E industry there is a lot of dynamism and flux and hence the broadcast sector needs to be able to settle down. If there has to be any change we need to allow for enough time for its implementation and also changes shouldn’t be suggested so frequently.” 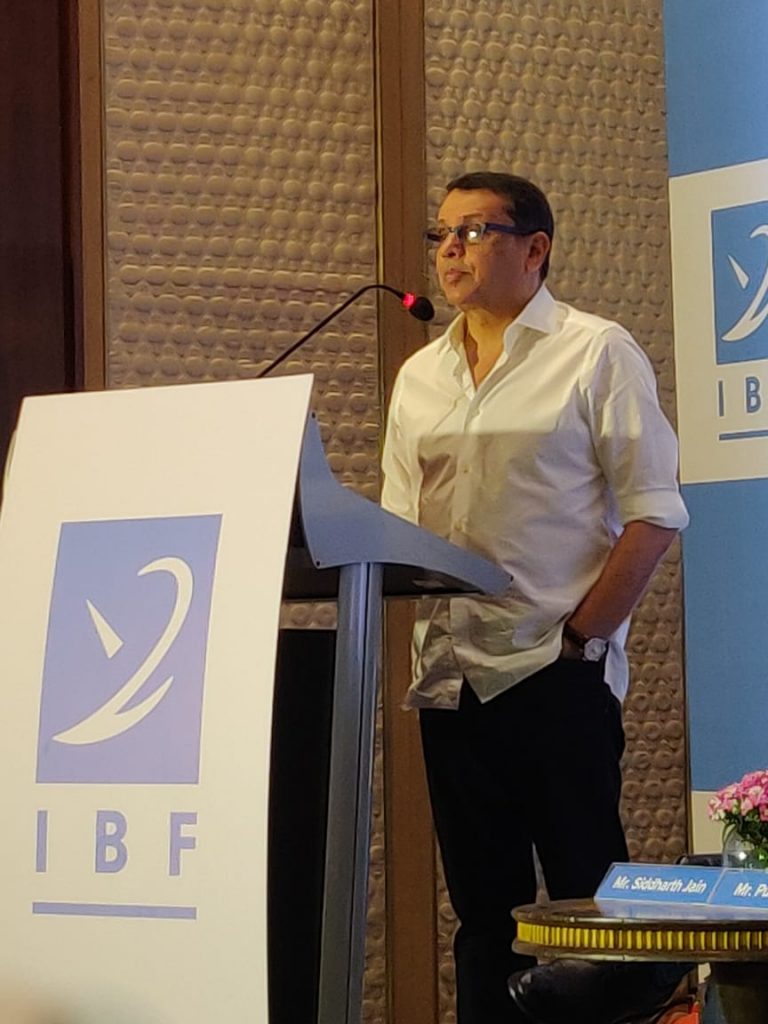 Expressing his fear over the long-term impact of NTO 2.0, Uday Shankar, President of The Walt Disney Company Asia Pacific and Chairman of Star India stated that it will affect the quality of content that in turn will choke the smaller channel and eventually force them to shut down their operations.

Megha Tata – MD, Discovery – South Asia said, “India is already the cheapest Cable TV market in the world and there is no evidence on market failure that requires TRAI to make a detrimental change to the TV Business”

Differentiating Television content from essential commodities, Aroon Purie, Editor-in-Chief, India Today Group, said “Television is not Rice, Dal and Atta that the govt needs to regulate the broadcast business. We should be free to run our business as its not an essential commodity that needs any regulation.”

Highlighting the severity of the damage that the industry is likely to suffer, NP Singh, CEO of Sony Pictures Networks India said, “Arbitrary reduction of MRP cap from INR 19 to INR 12 applies to all genres are detrimental to the broadcast industry”. He also stressed on the fact that substantial amounts of money is being spent towards producing high-quality content that is increasing constantly. 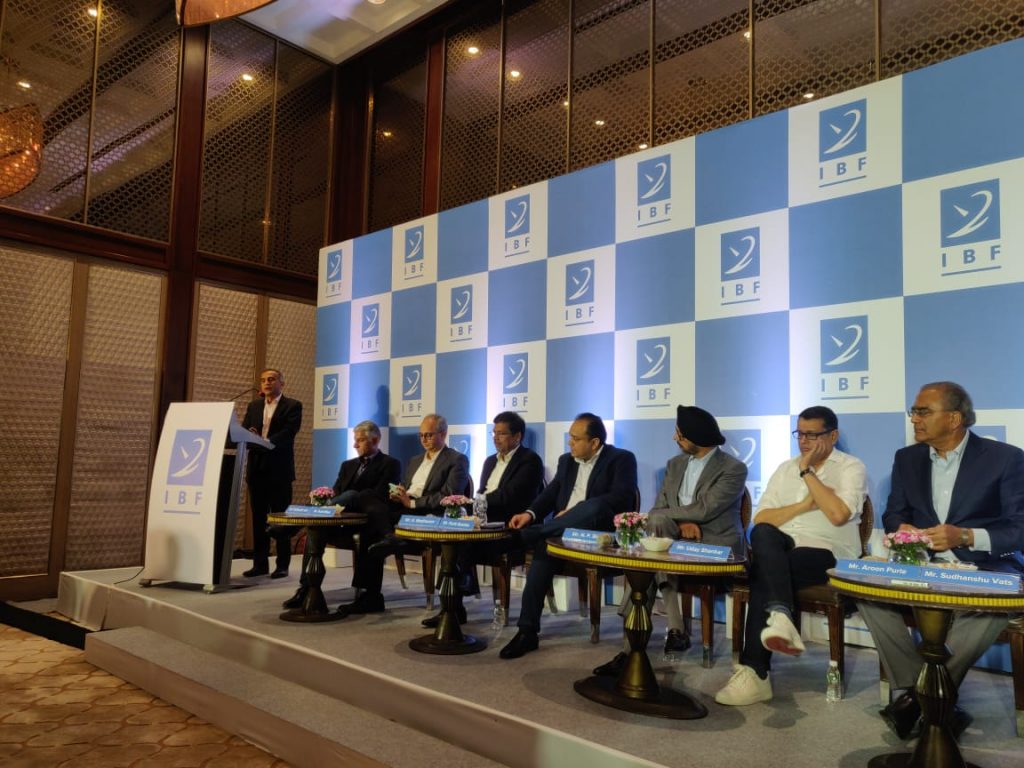 In its initial reaction to TRAI’s amendments to Tariff Order, IBF has expressed shock and dismay over the developments that were imposed on them despite presenting their case briefly during the consultation process.

IBF has listed the following key impact towards the industry:

Just a few months ago (February 2019) the Regulator notified a cap of Rs. 19/- as the threshold

for creating bouquets and backed this up with empirical analysis. And now this has been reduced by 40% to Rs. 12/- without any logical rationale or consumer insight to back this change.

Channel pricing is related to the quality and cost of content being offered, which the Regulator appears to consistently ignore. In a competitive and free market like broadcast, channel pricing should be determined through open market forces rather than through the arbitrary fixing of caps without any fundamental basis.

When the NTO was introduced last year, TRAI took a conscious decision to do away with

the twin condition formula for bouquets as the Regulator advocated free pricing. Within a few months, in NTO 2.0, TRAI has sought to reintroduce the twin conditions, negatively impacting the pricing and packaging of bouquets. In order to offer wider choice to their consumers through affordable bouquets which is the practice world over, the broadcasters will have to either price their premier channels very low, hampering the ability to provide quality content or increase the price of other channels just to fit in the maths but artificially increase the burden on consumers.

Another fall-out of the twin condition restrictions is that it limits the number of channels in the bouquet, which in-turn reduces the value delivered to consumers.

Moreover, when SD and HD channels are clubbed together in a bouquet, the same price reduction is applicable to both in spite of HD being a premium offering.

Additionally, using regulation to limit the number of bouquets being offered to consumers is fundamentally restricting consumer choice, given the large variability in consumer preference across 200 million TV homes.

This is a completely arbitrary discrimination between a la carte and bouquet without a rationale. Just a few months back TRAI thought it fit to allow incentives on both bouquets and a la carte and now in NTO 2.0 TRAI has changed its mind and removed discounts on bouquets. From the regulator looking at the interests of all stakeholders and the industry at large, we expect a market facing and non-discriminatory approach to regulation.

A few months back, at the request of the Regulator, the major broadcasters including Sony, Star, Zee, Viacom introduced promotional schemes and offered their premier channels at an MRP of Rs. 12/- for a limited period. But the results showed no uptick in the a la carte

offering in spite of the price reduction, clearly highlighting the consumer’s preference for bouquets. In fact, our members suffered revenue losses in this whole exercise.

Additionally, the on-ground experience of this consumer offer has indicated that the desired intention of consumers getting the benefit of such an offer has not materialised in a majority of cases but may have got absorbed as additional margin in the distribution chain. So, it begs the question whether the new changes being recommended will not again end up with the same outcome, given the challenges of on ground execution.

However, TRAI appears to have a predisposition and bias towards a la carte and against bouquets and is attempting to compel DPOs to not offer bouquets by removing their incentives to do so. Clearly, this is arbitrary and discriminatory. Inspite of 15 years of regulations that sought to influence a consumer’s choice for a la carte, the lay consumer still prefers bundling, a fact the regulator seems unwilling to accept.

While the stated intent of the Regulator is to allow consumers to get content at more affordable rates, the fact that it’s the imposed NCF is the single largest component of end consumer price is not being addressed.

In the current NTO, if a consumer is paying, say Rs. 275 per month as his/her bill, ~60% goes to the distribution platforms, 15% towards taxes, and only ~25% comes to pay broadcasters. This when it’s the broadcasters who are creating the content, investing in talent and capability, and taking all the risks related to content development. Why then is the focus only on the broadcaster’s component of revenues, which is only 25% of the consumer bill?

It is fair to say, the implementation of the MRP regime which came into effect on 1st February 2019 resulted in seismic changes in the distribution landscape. Nevertheless, with the support of all stakeholders and the end consumer, the transition to the new regime was managed relatively smoothly. Broadcasters, on their part, along with other stakeholders, did their best to ensure a smooth transition without disruption of services. It is therefore quite surprising that in less than 12 months after the commencement of the NTO and even before the industry at large and more importantly the end consumer has fully adapted to the new regulatory regime, TRAI has notified amendments in the NTO.

IBF in its response to TRAI’s consultation paper had pleaded with the regulator to adopt a “soft touch” and allow the industry to come to terms with the current NTO before making further changes. In fact, TRAI itself had acknowledged this need by proposing a two-year moratorium on further regulation. Unfortunately, all IBF’s pleas have been ignored and, in this exercise, content creators and owners have been disempowered by taking away their fundamental right to monetize their content in the manner they choose.

IBF believes these amendments will severely impair broadcasters’ ability to compete with other unregulated platforms and adversely affect the viability of the pay TV industry.

International: The CW has dropped the British comedy game show Taskmaster Just days after its Premiere. Supernatural returns will take...

Mumbai: In a first for radio, 100 RJs of BIG FM, one of the largest networks in the country, interact...

Focus on affordability as now is not the time for premium, luxury, high-end products: Sohinder Gill, CEO, Hero Electric

Sun News ropes in M Gunasekaran as its Editor-in-Chief

BARC releases Rural Data; Sun TV is No. 1 channel in India ahead of Star Plus and Colors