by Editorial
in Featured, Mobile/Digital
Reading Time: 1 min read
A A

According to Chrome LIVE Week 47’22 data, Hindi News genre maintained its top gainer position as it grew by 3.15pc in HSM excluding <1 lakh market. India TV garnered the highest OTS with 99.8pc followed by DD News with 99.6pc at second position and ABP News with 99.5pc at third position. 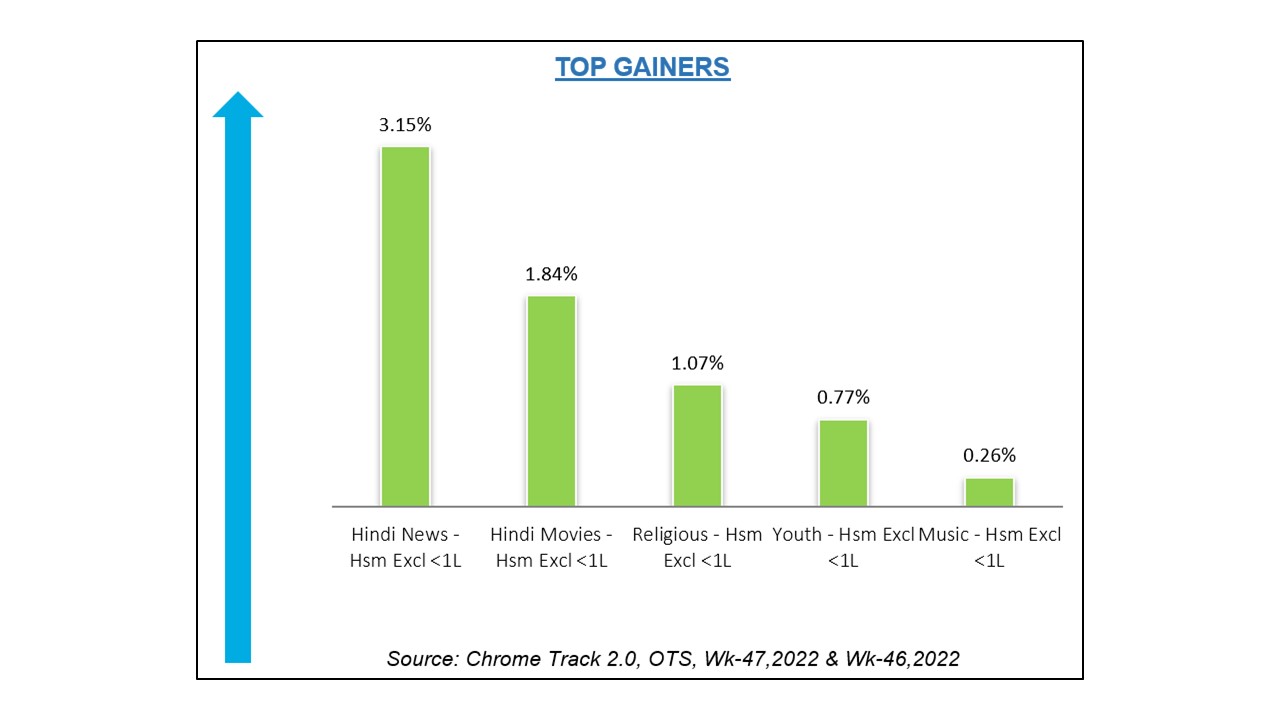 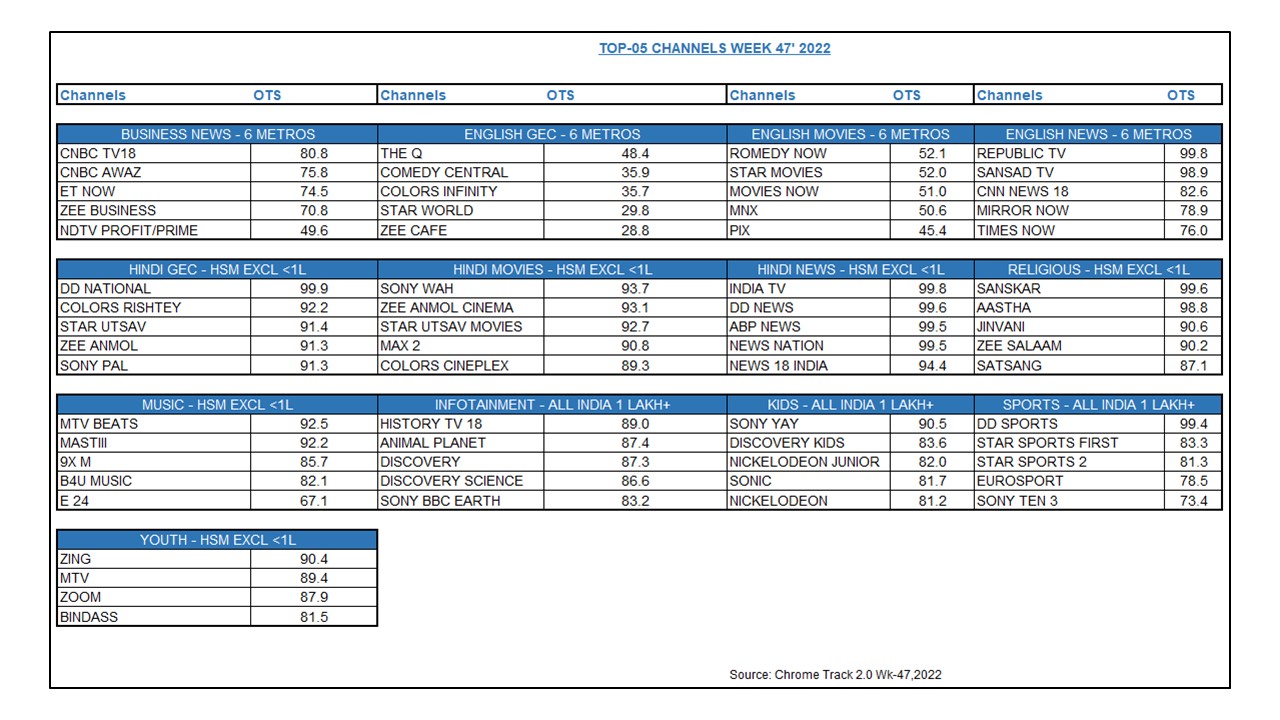 Youth genre claimed the fourth position by gaining 0.77pc in HSM excluding <1 lakh market. Zing gained the highest OTS with 90.4pc followed by MTV with 89.4pc at second position and Zoom with 87.9pc at the third position.