According to Chrome LIVE Week 21’22 data , English Movies genre became the top gainers of the week as it grew by 12.32 pc. In this genre, Movies Now channel gained the highest OTS with 54.1 pc in 6 Metros. 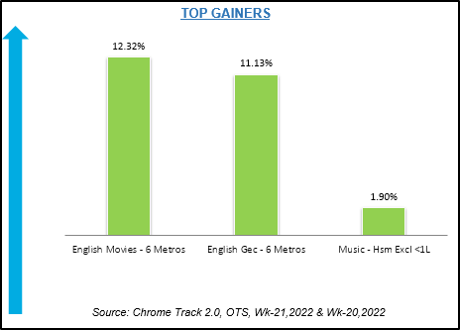 English GEC Genre claimed the second position and grew by 11.13 pc in 6 Metros. The Q secured the highest OTS with 45.4 pc. 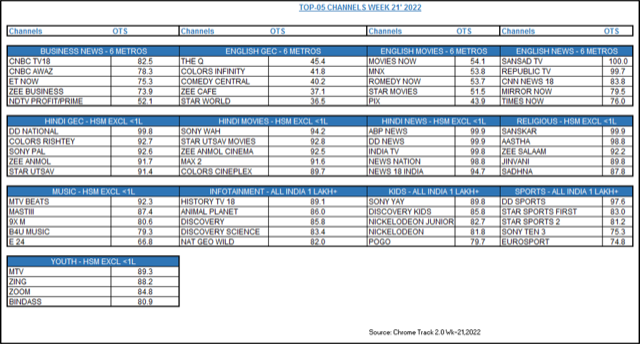 Mumbai: Federal Bank has appointed M V S Murthy as its first Chief Marketing Officer. He has been mandated to...

Mumbai: IKEA, the Swedish home furnishings retailer, announced the appointment of Murali Iyer as its new Chief Financial Officer for...