According to Chrome LIVE Week 23’22 data, Youth genre became the top gainer of the week as it grew by 0.49 pc in the Hindi Speaking Market (HSM) excluding <1 lakh market. In this genre, MTV channel garnered the highest OTS with 89.3 pc followed by Zing with 88.8 pc at second position and Zoom with 84.8 pc at the third position. 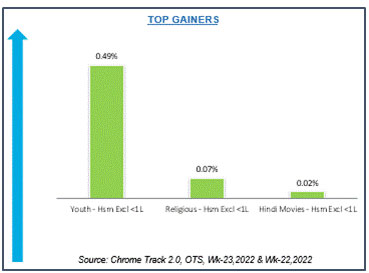 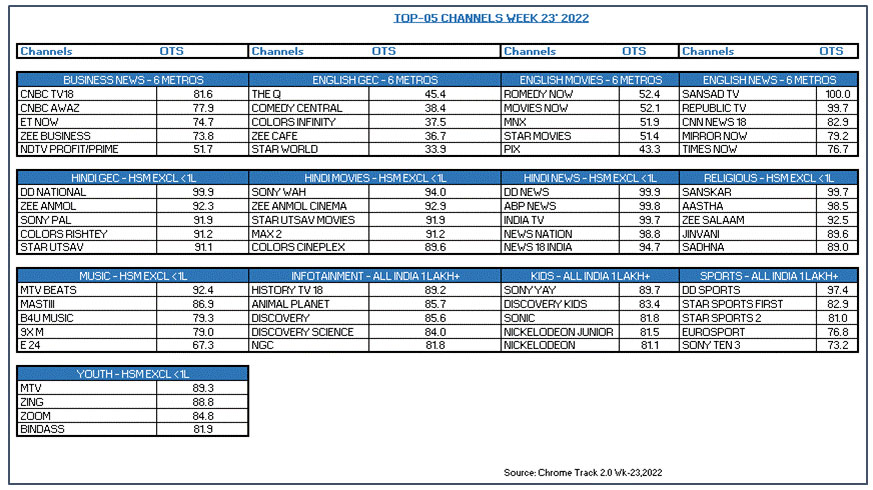 Bangalore: Amazon today announced the launch of Alexa Originals, an exclusive selection of fresh songs by four independent artists from...