Chrome Optimal+ Week 22: Colgate & Dabur Red retains their leadership in Most Aired and Most Watched while Apple becomes the Most liked ad

Chrome Data Analytics and Media’s Optimal+ data has released the comparative study of the performance of various brands in week 22 against week 21. The report divides the performance ofbrands under three broad categories namely Most Watched ads, Most Aired ads and the Most Liked ads based on analysis of data involving 34000 panel homes across the country.

Chrome Optimal+ study reveals that ToothPaste Brand Colgate has retained its leadership position in Most Aired ad category followed by previous week runner up Santoor Sandal & Turmeric in 2nd position. Online Shopping Brand Flipkart is seen occupying the 3rd place followed by new entry Lizol in 4th position. Vimal Elaichi Pan Masala hangs on to 5th place while brands like Airtel and Trivago are  dropped out of the list by fresh entries in this week. The Most watched ad category is led by Toothpaste brand Dabur Red followed  by new player Iphone in second place. Previous week runner up VKC pride is stepped down to 3rd place followed by Lux Toilet Soap in 4th place. Footwear Brand VKC Walkaroo is dropped to least spot from 3rd place in week 21 while Tide Plus and Dabur Amla is seen exited from the Most watched ad category in week 22. 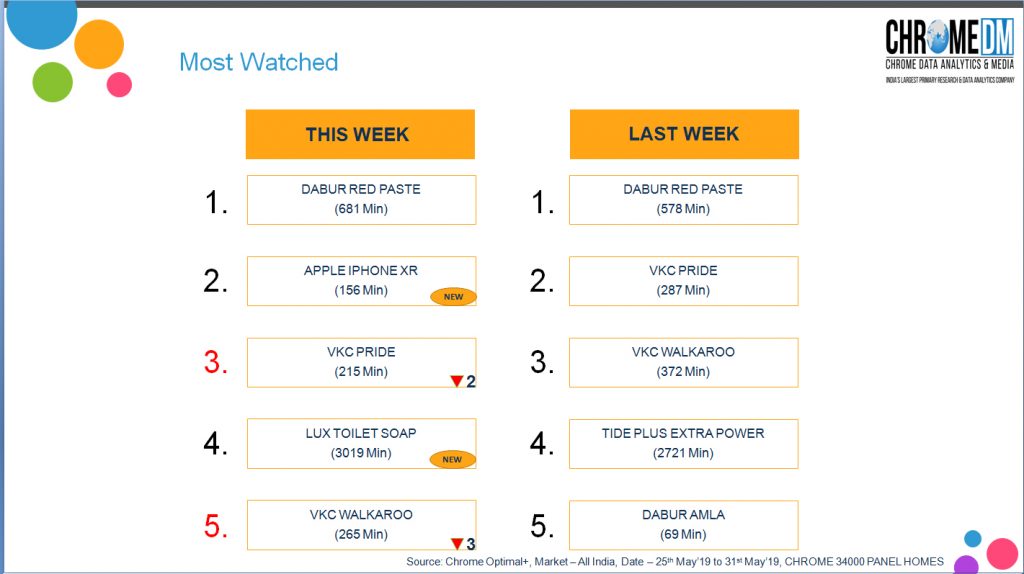 The most Liked ad catecory is seen dominated by Fresh players in week 22. Tech Giant Apple captured the Numero uno position followed  by Lux Toilet Soap and Cadburys Dairy Milk Chocolate in 2nd and 3rd places respectively. Detergent Brand Ariel drops to 4th place from 3rd in previous week while Brit Mariegold manages to hold the 5th place in most liked category in Week 22. By this, the study reveals that previous week players namely Dabur red, Colgate, Pampers and kalyan Jewellers are dropped out of the list by new entries in this Week. 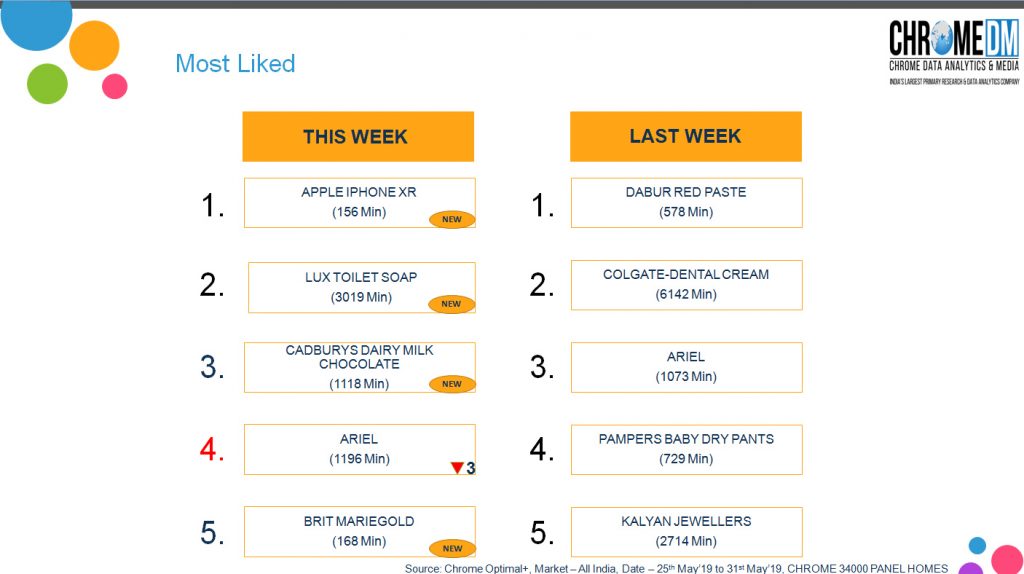 The idea of team BharatPe was conceived to create awareness about our team of financial services amongst the merchants: Subhasis Beura, BharatPe

Our aim is to continue investing in strengthening Zee Zest’s foothold in the genre: Amit Shah, ZEEL

ZEEL’s new lifestyle channel, Zee Zest is the network’s entry into the niche lifestyle genre. Today we speak to Amit...

People now, more than ever before are concerned about their health and that of their families: Sapna Desai, Head – ManipalCigna Health Insurance

Dwell Time: The Most Important Metric You’re Not Measuring

Brand communication needs to be authentic and mindful – this is what the audience would really appreciate given that it hasn’t been easy for anyone: Siddharth Devnani, SoCheers

New Delhi: ITC’s Sunfeast YiPPee!, one of the most popular instant noodle brands in India, has partnered with Bobble AI,...

TRP Case: Arnab & Republic to sue Param Bir Singh for Rs. 200 Cr as Mumbai Police admit in court that Republic is not named in FIR