Chrome Data Analytics and Media’s Optimal+ data has released the comparative study of the performance of various brands in week 23 against week 22. The report divides the performance of brands under three broad categories namely Most Watched ads, Most Aired ads and the Most Liked ads based on analysis of data involving 34000 panel homes across the country.

Chrome Optimal+ study on Most Aired Ad shows that Sanitary brand Lizol has ramped up and Captured Leadership position from 4th position in previous week. Santoor Sandal & Turmeric manages to retain its runner up position followed by Online shopping Brand Flipkart in 3rd Place. ToothPaste Brand Colgate loses its Numero uno position and seen dropped to 4th place followed by Harpic Bathroom Cleaner in least Spot. Vimal Elachi Masala fails to secure a place this week and dropped out of the list. 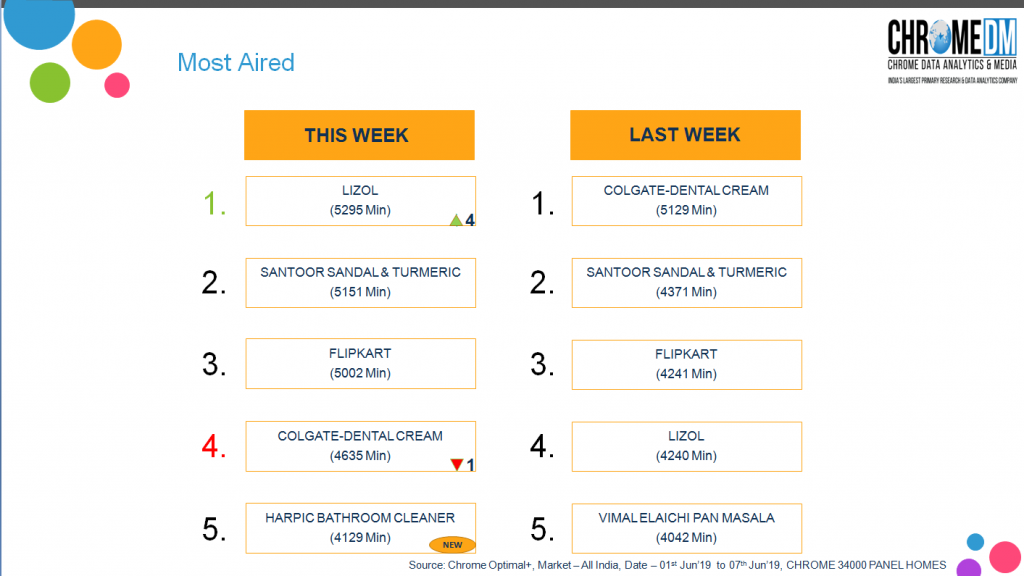 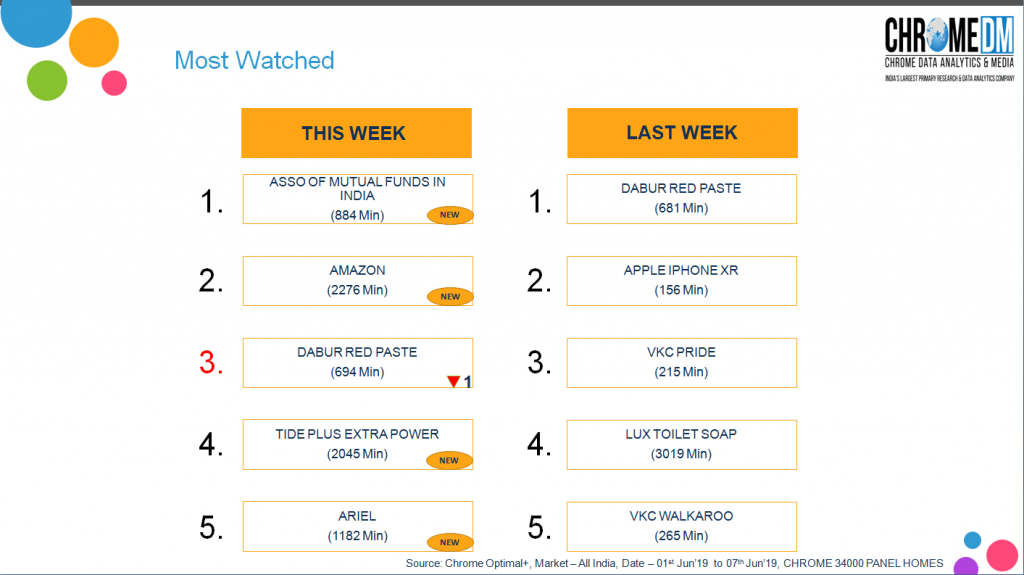 The Most Liked Ad Category is led by Toothpase Brand Dabur Red Paste followed by Detergent brand Ariel in 2nd place. Ariel has reached runner up position from its 4th place in previous week. Online Food Delivery Brand manages to Secure 3rd place followed by FMCG Brand Bingo and Apollo Tyres in 4th ad 5th places respectively. Brands that were featured in previous week in Most Liked category like Apple,Lux ,Cadbury and Britannia is Seen eliminated from the list by new entries in this week. New Delhi: Integrated Centre For Consultancy Pvt Ltd (ICCPL) received the honor of ‘PR agency of the year’ at Brand...