Mumbai: Chrome Data Analytics and Media’s Optimal+ data has released the comparative study of the performance of various brands in week 24 against week 23. The report divides the performance of brands under three broad categories namely Most Watched ads, Most Aired ads and the Most Liked ads based on analysis of data involving 34000 panel homes across the country.

Chrome Optimal+ Study shows that Tooth Paste Brand Colgate takes a giant leap and captures Numero Uno position in Most Aired Ads category in Week 24. Santoor Manages to retain its runner up position followed by online Shopping brand Amazon in 3rd place.  Flipkart fails towithhold  its position at 3rd spot and seen dropping to 4th place followed by fresh player Trivago in 5th place.  Sanitary Brands Lizol and Harpic which were featured in previous weekare dropped out of the list in week 24. 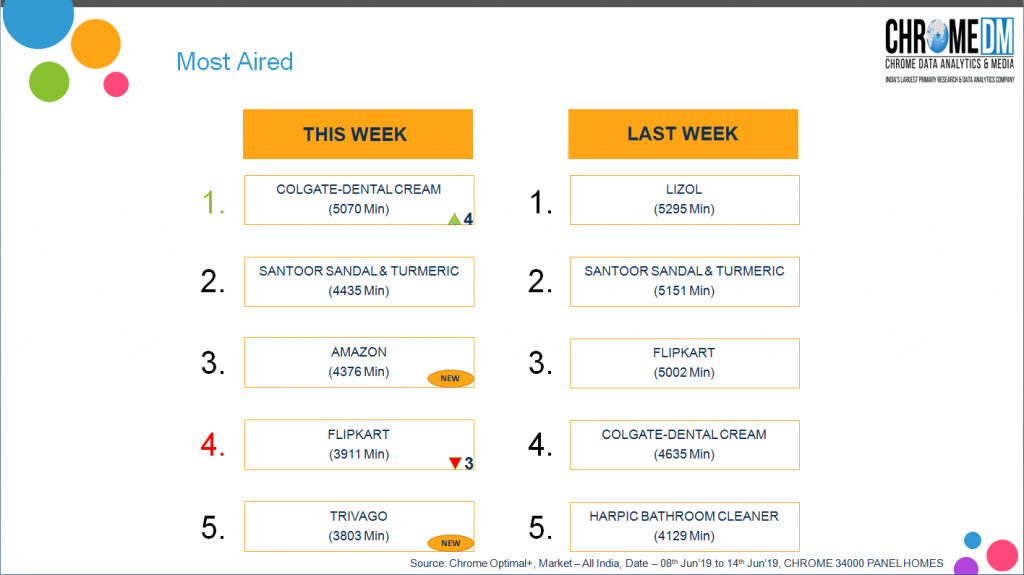 Looking into the Most watched ads Category, Campaign by Association of mutual funds of India has retained its leadership position followed by fresh player Apple Iphone XR in runner up position.Dabur red Paste and Tide Plus Extra Plus manages to retain their position at 3rd and 4th places followed by Tech Giant Google in 5th place. Online shopping Brand Amazon and Detergent Brand Ariel fails to feature in Most Watched ads list for week 24. 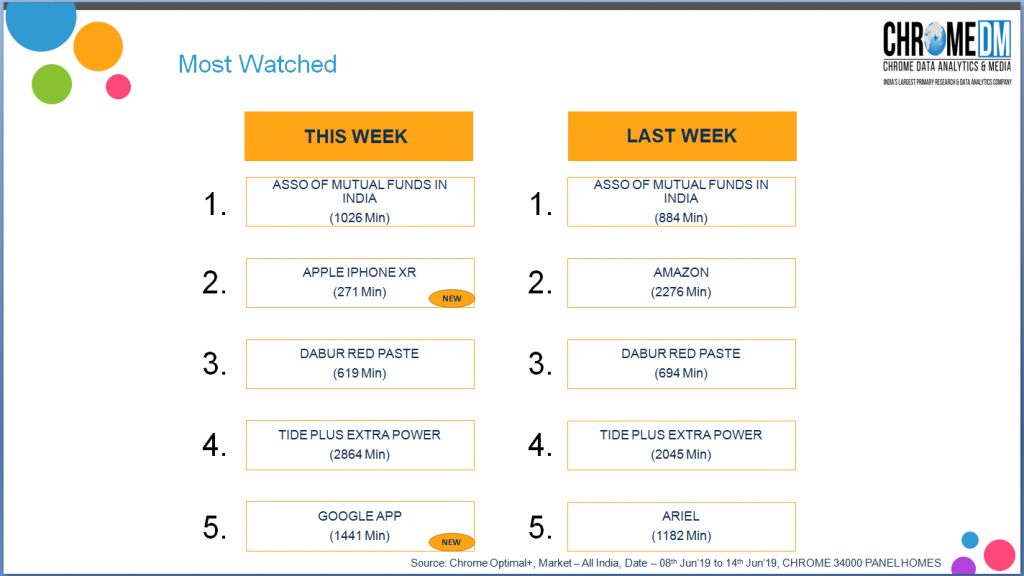 The Most Liked ads category is seen dominated by new players in Week 24. Detergent Brand Tide Plus emerges as a leader followed by Google and Sanitary Brand Savlon in 2nd and 3rd places respectively. Google Pay manages to secure 4th place followed by Toyota Glanza in 5th spot. Previous Week players namely Dabur, Ariel, Swiggy, Bingo and Apollo are Swept out of the list by fresh players in this week. 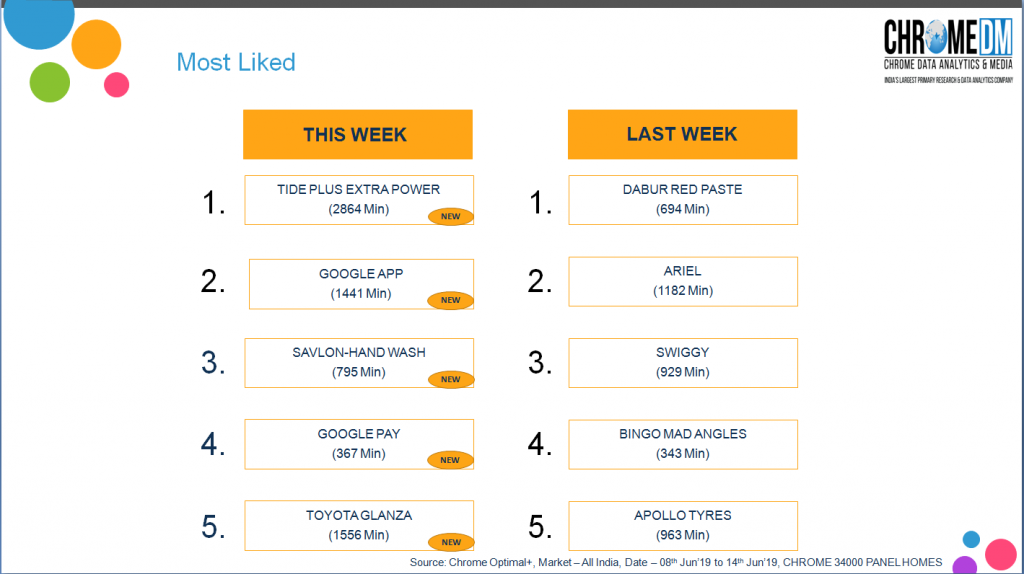 Hyderabad: Star Maa, with every season of Bigg Boss has reinvented its offerings and built stronger presence for itself using...

Mumbai: Amazon Prime Video has ensured that it ends the year on a high note. With a host of its...

We strongly believe that India is ripe for satellite broadband due to latent demand for broadband service outside cities: Vynsley Fernandes, NXTDIGITAL Limited

Data science is a continuous activity, and the additional data keeps helping us make better predictions for our clients: Dhananjay Arora, Kwebmaker

We will continue to explore interesting and innovative partnerships to showcase Singapore’s diverse offerings and our brand identity to our audience: GB Srithar, STB

Ad fraud had been a growing concern among SEA’s marketers, resulting in significant losses in their marketing budgets: April Tayson, Adjust