Mumbai: Dainik Bhaskar Group has been at the forefront of innovation in the print industry during the challenging Fiscal Year 2020-21 with several mega & special issues aimed at bolstering the spirit of the readers and helping local businesses addressing the market. In continuation with this tradition, Divya Bhaskar has proudly innovated and presented the “JUMBO PANORAMA” to celebrate the 17th anniversary of the Surat Edition. In a first for the print industry, a 76-inch panoramic edition was printed and circulated. The issue was made even more special with a one-of-a-kind specialty masthead, which was studded with 3000 real Diamonds worth Rs 30 crore. The edition was a visual delight with the panoramic picturesque images along with cutting-edge content and will undoubtedly be a collector’s dream. 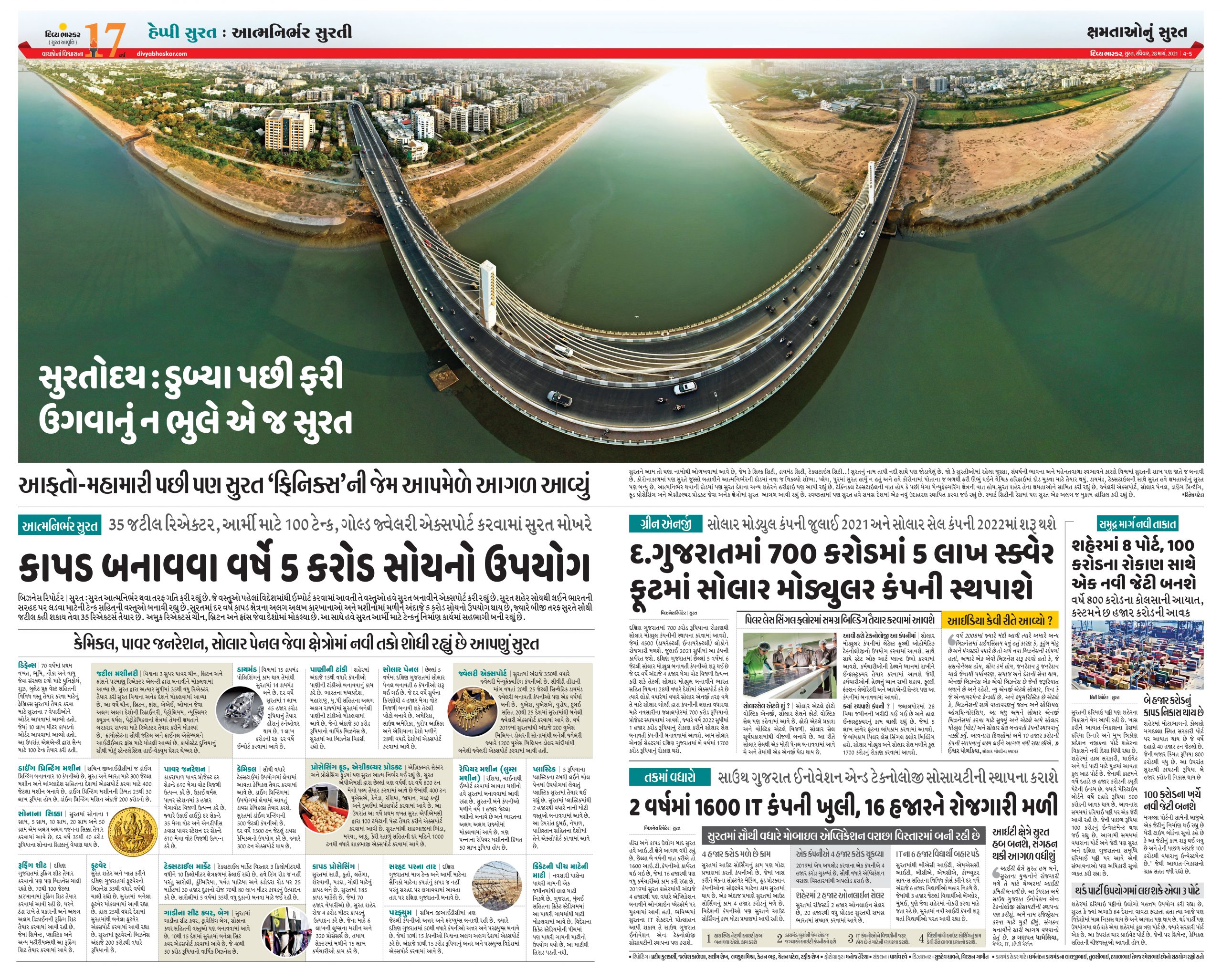 The special Surat edition was themed around the five pillars of happiness for Surat are viz – Family, Love, Money, Respect, and Power. Not only does this mark another significant milestone for the Group, but also pays an ode to the indomitable spirit and contribution of Suratis who have proved their mettle time and again. Commenting on this great achievement, Harrish M Bhatia – President Sales & Marketing, Dainik Bhaskar Group said “Dainik Bhaskar Group is known for its cutting-edge content and has given newspaper Industry many first innovations. Last year we did a series of Milestone Editions and this year we took it a notch higher by publishing the front page on fabric for our Bhilwara edition anniversary as a befitting tribute to the Textile City of India. Keeping up with our continuous strive to do innovations, we decided to do the special edition of JUMBO PANORAMA at Surat, something which has never been attempted before in Newspaper Industry. Advertisers across categories well-received the idea and wholeheartedly supported the initiative while readers found it a collectible edition.”

Sanjeev Chauhan – Business Head, Gujarat added “Surat – largely known as the City of Diamonds, is the commercial cosmopolitan city of Gujarat. Resonating with the city – a diamond-studded masthead was published, remarking our association with Surat and Surat is. Divya Bhaskar has always been at the forefront of innovation and striving to give something new to its reader and associates. The Anniversary issue was very well appreciated in the market by advertisers and has helped to carve positive sentiments funneling revenues.”

Brands which are purposeful to their clients and the community are most trusted: Annual BrandZ India Report 2021

Gulf Oil partnership with ‘Rashmi Rocket’ was a perfect blend to connect with the women audience who ride two-wheelers: Amit Gheji