Following the success of Shark Tank India, Sony Pictures Television aims to lead the Indian entertainment sector with its expanded repertoire of content

Mumbai: SPT is recognized as one of the key players in the modern Indian reality television space, with its bouquet of marquee shows that were brought into the Indian non-fiction segment. The most notable ones include Kaun Banega Crorepati (KBC) and the recently introduced Shark Tank India. SPT’s legacy of taking the biggest bets and turning them into overnight successes with the Indian audience, continues with Shark Tank India, which has fuelled the entrepreneurial spirit in the country. The show focuses on India’s booming start-up economy and seamlessly entered Indian households, captivating the attention of non-business linked members, including men, women and youth alike. 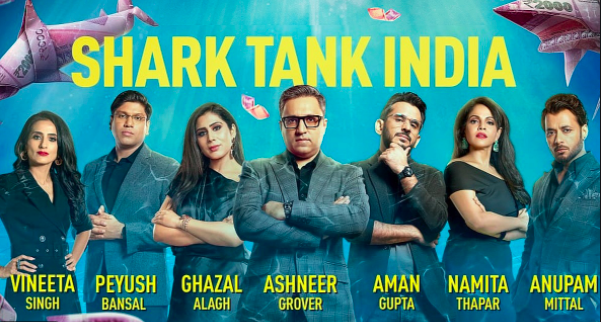 Shark Tank is currently ranked the world’s No. 1 Business reality show. Launched in 2001, as Tigers of Money in Japan, created by Nippon TV, the format is distributed internationally in over 40 countries by SPT. Shark Tank India was televised on Sony Entertainment Television (SET), one of the countries’ leading Hindi General Entertainment channels which has previously brought iconic shows to audiences across the country. While one of the most popular non-fiction global IPs, Kaun Banega Crorepati has now expanded into nine language versions in India alone and continues to be one of the most popular unscripted shows with its presence in over 150 countries globally.

Understanding the pulse of the audience has helped SPT cater to the rapidly changing  preferences of the Indian viewers. With a close look at the entertainment industry’s onward trends, SPT is looking at introducing some of its most popular formats such as the nine-time Emmy® award-winning show The $100,000 Pyramid, Raid The Cage, and Can’t Touch This. These three formats are not just well-liked by audience worldwide, but also bring an array of brand and product placement opportunities. Along with this, SPT has a vast repertoire of scripted formats such as Damages, The Big C, The Nanny, Mad About You, and Chosen, which cater to audience of different demographics and taste.

Sonika Bhasin, Vice President Sales and Distribution, South Asia, Sony Pictures Television, added that, “The most significant aspect of curating unique entertainment offerings for the Indian audience is to take the right programming decisions at the right time to be able to connect with the masses. We aim to create a space for innovation by bringing our popular international formats to India, which will add value to our clients’ platforms and have high success rates. We are optimistic about the scope of extending our iconic formats to leading broadcasters and OTT platforms who are equally committed to bringing global properties to the native audience.”

New Delhi: Sirona Hygiene, a fem-tech startup rolled out their new ad campaign for Menstrual Hygiene Day to address the...