Govind Rajan had 20+ years’ experience in leading large teams and P&Ls, across CPG, Telecom, Consumer internet, and financial services. He served as the CEO of Snapdeal-owned Freecharge for nearly a year between May 2016 and April 2017. He had joined Jasper Infotech, the parent of Snapdeal, as its chief strategy officer in 2015. He worked with Hindustan Unilever for more than 15 years as a vice president.

Other than driving tech organizations, Rajan was a sharp speculator in early phase ventures, with D2C healthcare startups including PeeSafe and Well Versed being his two investments.

Several industry colleagues took to Twitter to mourn his loss. 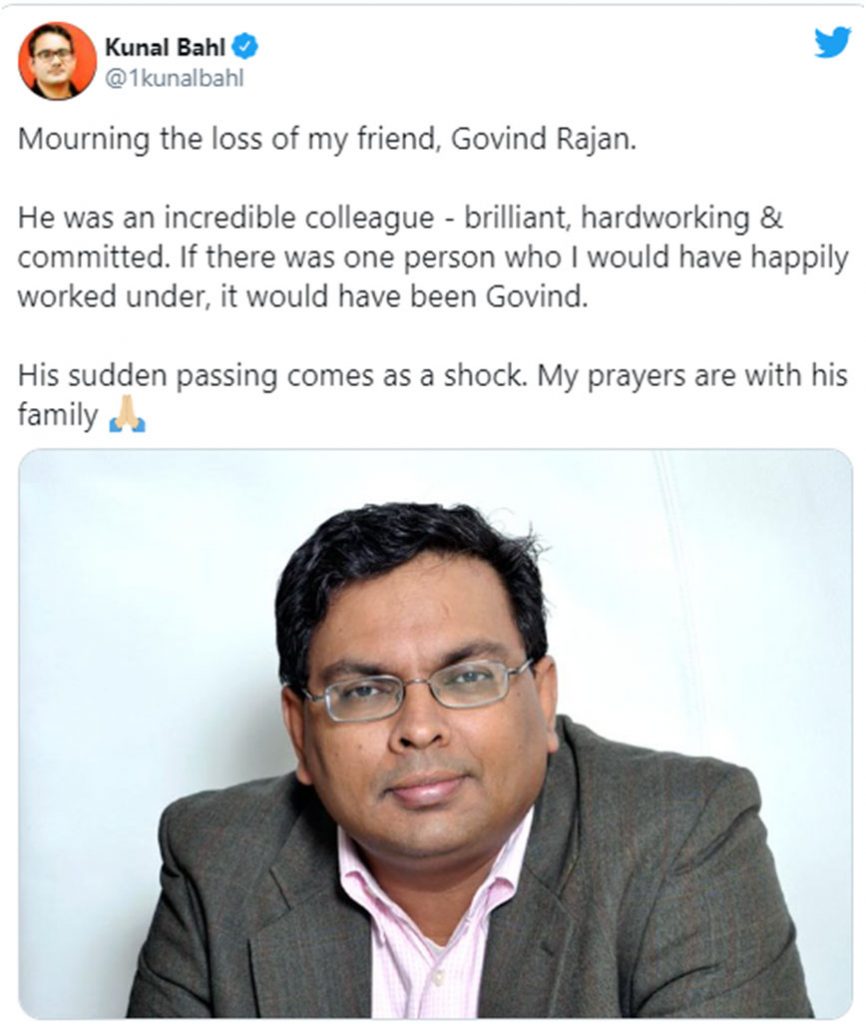