How are advertisements evolving to reflect a better society?

by Editorial
in Featured, My Column
4 min read

It is believed that an average American trysts with the brand Coco-cola a whopping 27 times a day! All through various forms of brand communications/ interactions. In the early ’70s, the average number of daily ad exposures per individual was around 1000, and a few decades later in 2007, it increased to around 5000. And today, it stands at approximately around 10,000. (Source- https://ppcprotect.com/how-many-ads-do-we-see-a-day/)

Advertisements are largely reflections of the societies that they are a part of. Being paid forms of promotions that reach customers through different media like television, radio, newspapers, social media platforms, blogs, etc, these are channels that impact public opinions. They can influence an individuals’ rational thinking, their value-based choices, their affinity for celebrities, and push towards building brand preferences. But dothey reflect a trend of projecting a better society?

That is an ongoing debate with no easy answers.

Advertising has several objectives- beyond simply promoting commerce. They inform, educate or occasionally even (at times inadvertently) misrepresent facts. The control Institution ASCI (Advertising StandardsCouncil of India) recently included internet communication to be a part of their purview for message scrutiny. Given the pressure of accommodating a succinct message within the painfully short format of 30-45 seconds, there may not be sufficient motivation to promote a ‘better’ society. Much like the news channels that eye TRPs (many times over fact reporting), ads to cater to the ‘mass’ sentiment, without having to provide a positive societal outlook.

However, here are some brands that have endeavored to do that:

The advertisement urges the males to take up the initiative of sharing the workload in the household chores. The expectations that the females would be primarily responsible for the household chores have been questioned in this advertisement. The mother in the ad, when she realizes that her married daughter has had to ‘quit’ her job in order to take care of the house, realizes that she has also been bringing up her son in a manner of not allowing him to ‘share the domestic chores’ load. The ad was received well, and it urged society to share the work at home equally across genders.

The premium that society puts on the external looks of women was decried through this ad. Dove urged women to stop taking the beauty test and instead rely on their ‘inner beauty with confidence. The ad resonated hugely with the worldwide community and it became Dove’s watershed campaign that enabled the brand to gain from non-users significantly. This ad broke the societal conventions on why should beauty be judged externally…

The advertisement is focused on the women celebrities in sports, how they have broken all the barriers, social stigma and paved their way to success. Women are often referred to as being ‘crazy and irrational’ when they voice out their opinions or express their anger and disgust. Serena Williams, the narrator of the advertisement urges women to just start doing what they always wanted to-and not bother about the labels of ‘crazy’ that are attached while attempting such things. It was a powerful reminder that society is not ‘kind’ to women in sports, particularly. 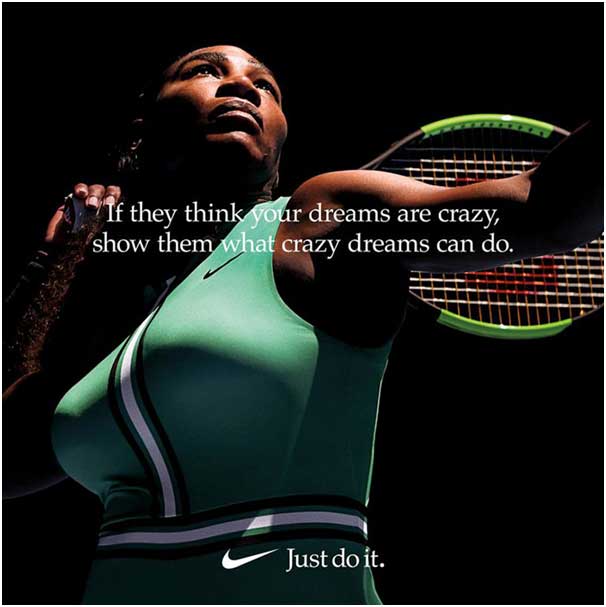 In an advertisement released by Surf Excel in 2012, we see a grandchild helping his grandmother to shoo away the crows, which was a difficult task for the aged woman. During this process, he dresses as a scarecrow and he stains his father’s shirt. Through this ad, Surf excel left behind a message that the children and grandchildren must be taught the values of helping out the elderly ones in times of need. The ad warmed the hearts of families all around and said’ stains are good’, if they are used to help someone in need.

This advertisement should go down in history as one of the most insightful and impactful one, reflecting the social taboo around women’s menstruation. The women are generally advised to stay indoors during their monthly periods’ cycle and are even ‘ostracised’ from entering the kitchen. Whisper questioned this and integrated the product efficacy in a well-woven societal context.

It is a lot of hard work to combine a social message with a brand advertisement. There are equally strong negative examples of retro- advertisements too, where women are ‘stereotyped’. One example is theSurf Excel Easy Wash ad where we see the mother-in-law telling her daughter-in-law that it would be a big task for her to wash the stained clothes, thus gendering the task of laundry to women. Another similar one is where the males give photo ops/pose with the kitchen equipment whereas women are always shown using those as a part of their daily job. The car advertisements of brands such as Toyota or Hyundai mostly show males driving the vehicles, whereas things are changing significantly at the ground level.

Women also get objectified in ads. In the Tropicana Slice mango drink ad, the actor Katrina Kaif is seen to be showing her seductive side while drinking the mango drink from the bottle, thus aiding in sexualizing women as a source of visual pleasure. 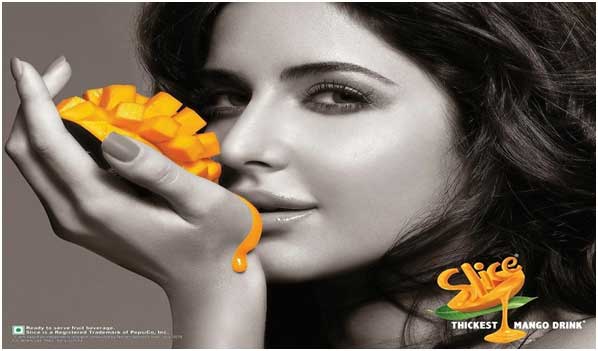 So how difficult it is to cross over and do the ‘right’ kind of advertisement?

Instead of just focusing on the revenue numbers garnered by mass sentiments, marketers must wisely choose an adscript that would showcase a brand positively, while promoting a better society. The brands that manage this are the winners in the long run. Some recent campaigns like Lifebuoy’s hand wash during COVID, Byju’s ‘Parent to Partner’. Hamam’s safety- show responsible advertising, that drives home a larger message that would inculcate healthy lifestyle values among the audience.

Advertising is a weapon used by brands to further their equity in the marketplace. They are the modern substitutes for arguments, making the worse appear better! Using it judiciously to reflect a positive society, will feed the “good wolf” in people, thus making them feel good about themselves…

Kochi: Zee Keralam is all set to launch its new sitcom series, 'Erivum Puliyum' from today. The series is curated...

Donatekart Joins Hands with Mzaalo to Impact Millions of Lives

Donatekart, an Indian Crowdfunding Platform, has partnered with Mzaalo, a blockchain-based gamified video streaming platform to create a positive social...

Sidharth Malhotra celebrated his 37th birthday on January 16th, from fans to Bollywood celebrities' wishes poured in for the star...