Advertisers always come up with different concepts for their communication and through which they send a message to their audiences. These brands are in a constant struggle to reach out to their respective target audience and outshine the competition. In order to stay on top of the mind of their consumers, many such campaigns are created. At times a simple message which a brand thinks is the right messaging can be the complete opposite for a section of their consumers and it can create controversy.

Similarly, for the last two years, Surf Excel is getting into controversy for their Holi ads. In 2019 Surf excel came up with the advertisement of “Rang LaayeSang” where two young kids, a Hindu Girl and one Muslim boy is shown, the young girl in a white dress rides on a bicycle along and let the other friends throw colours and water on her. Later it is revealed that it was in order to protect her Muslim friend who had to go to a nearby mosque for his prayer, in the end of the Ad the girl says, “Ab Namazpadnabadme rang padega”. The Ad wanted to share the message of equality where every religion is important. But people took it in another way where many said it was Hindu phobic, promoting “love jihad” and some even said that it wants to showcase that the Muslim prayer namaz is more important than the Hindu festival, Holi. People started tweeting on Twitter to boycott the Ad. 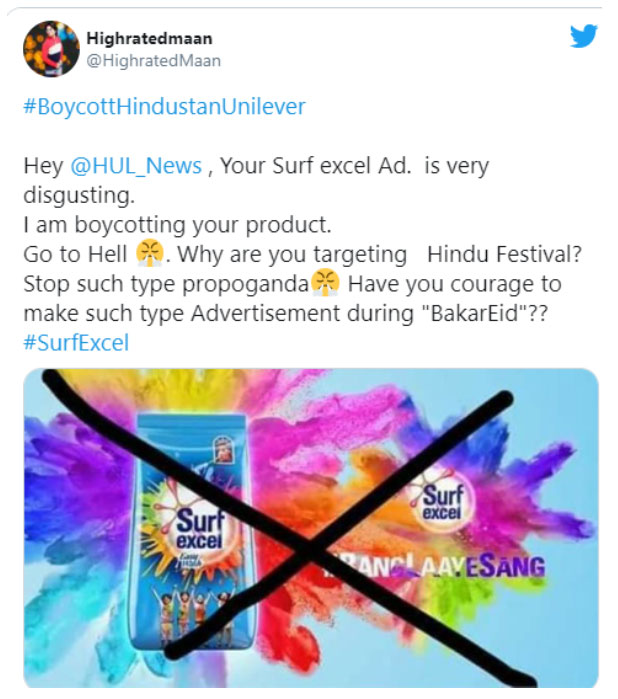 In 2020, Surf Excel again came up with the Holi Ad with the tagline of “Daag ache hai” where a young boy brings two brothers together on the occasion of Holi, in the end, we hear “Jo apnokokariblaayvo rang ache hai, Daag ache hai”. It was a nice ad with a good message but again it created controversy, the colours of Holi being called ‘daags’ was seen as offensive. As the Holi colour is played by Lord Krishna many of his followers hated this ad and started trolling.

This year again, Surf Excel has comeback with Holi Ad but luckily the Ad was loved by everyone as it spread the message of “Rang Ache hai”. The pandemic had isolated all sections of the society; we all are stuck in the loop of Social Distancing. Even though our lives are going back to normal slowly, there are some people in society like the elderly and senior citizens who continue to remain socially distant for safety. The Ad shows how the colours of Holi can help bridge emotional distances and bring hearts closer, despite physical distancing. The ad showcases a young boy who keeps a bowl of colour in front of his friend’s house (who’s an Elder man) and says ‘Mere haathnahipahunchenge, isliye rang pahunchadiye.” The ingenuity of the boy and his empathy towards Rancho brings alive the true spirit of Holi and demonstrates that physical distance should not deter emotional connections; this fact is vividly showcased in the ad. 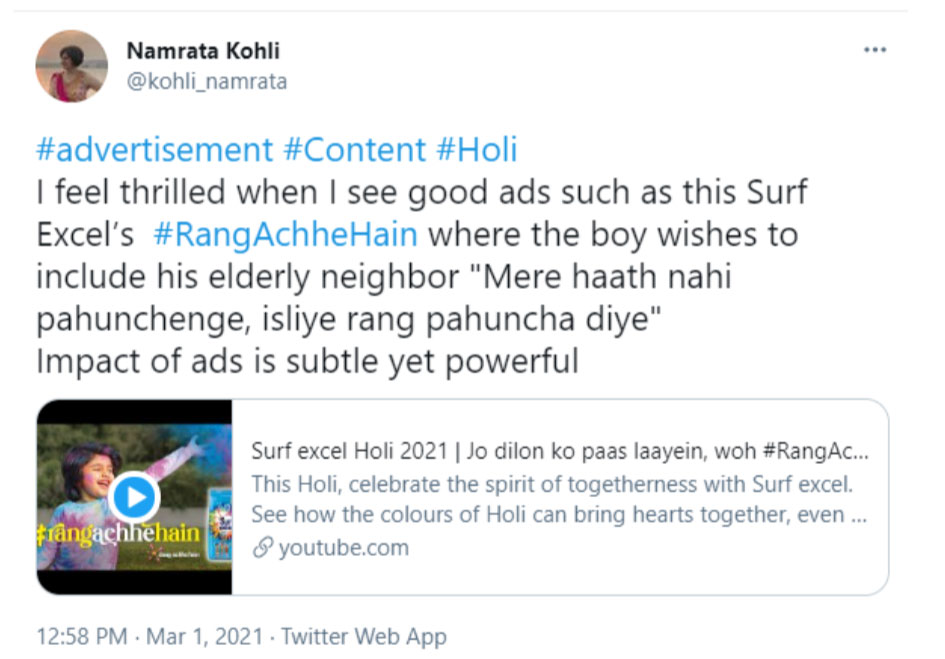 Moving Walls, a global outdoor advertising technology provider, is partnering with GroupM to bring automation and accountability to Digital Out-of-Home...