Mumbai: MRUC (Media Research Users Council) today announces the release of IRS 2019Q3 data. The data for the period August 2019 to November 2019 shows that Hindustan Times (HT) retained its leading in Delhi Metro in terms of Average Issue Readership (AIR) while Times of India (TOI) stood at No.2 despite. In Kolkata Telegraph maintained its leadership staying ahead of TOI.

In Mumbai and Chennai, Times of India (TOI) continued its leadership staying ahead of HT and The Hindu respectively. 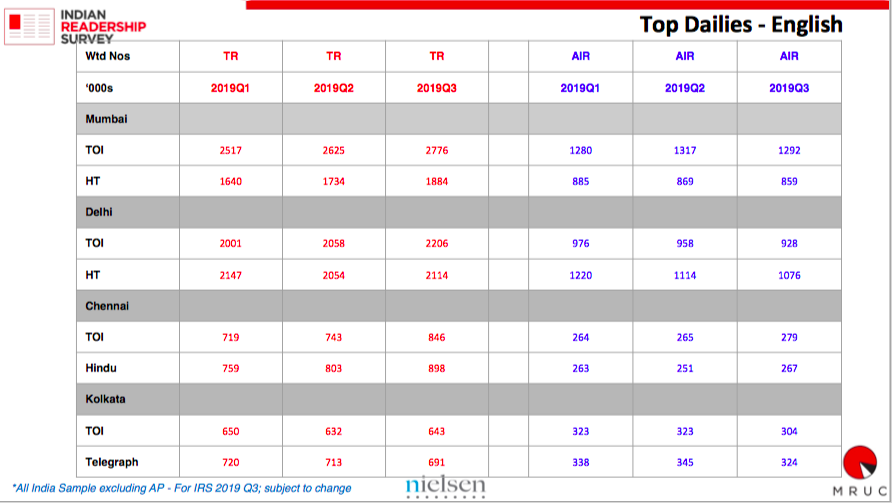