Mumbai: Peppa Pig, one of the most charming animated characters was launched in India with their first ever musical on the occasion of Children’s Day. Produced by Live Viacom18 and BookMyShow, Peppa Pig Musical showcased the world of Peppa’s fun and magic at the Bal Gandharva, Rang Mandir, Mumbai.

Peppa Pig Musical showcased favourite Peppa, George, Mummy Pig and Daddy Pig on stage and break into a song and dance while touching upon important life lessons for Kids. The elaborate stage reflected Pig’s house, park, dining area & balcony giving the fans a surreal experience. Host Ruhaanika Dhawan amplified the energy levels as she interacted with the kids and indulged them in fun-filled activities along with their parents.

Mahesh Shetty, Head, Network Sales, Viacom18, said, “Peppa Pig’s success lies in its simplicity, which instantly finds a connect with a child’s instinctive self. Understanding its popularity in India, we wanted to give the kids something more than what they have always watched on television. While the musical is the stage adaption of the animated series, it is packed with music, dance and a strong narrative to make it suit and appeal to Indian sensibilities. It will also give us a platform to recognise Peppa Pig and Nick Jr’s brand value and give the audience an interactive experience. We are delighted to have BookMyShow and ICICI Bank Credit and Debit Cards on board as our partners for bringing this unique property to our home ground.” 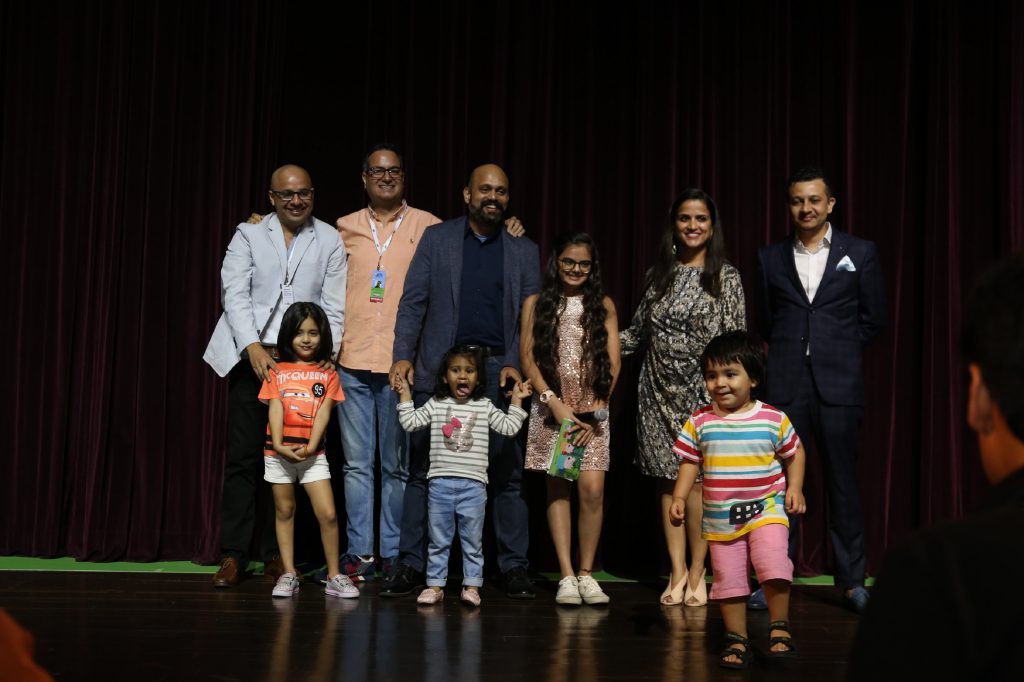 Kumar Razdan, Head – Theatricals, BookMyShow said “The live entertainment industry in India is witnessing remarkable growth, with newer avenues of out-of-home entertainment opening up and being loved by audiences. BookMyShow is thrilled to collaborate with LIVE Viacom18 for this new genre of kids’ musicals in the form of Peppa Pig Live, adding another distinctive theatrical offering to our extensive repertoire of live entertainment experiences. The show in Mumbai has been a great success selling out at lightning speed even as early trends in Delhi and Chennai reflect unprecedented demand for the musical. We are certain that kids will love the musical in these cities just as they have in Mumbai.”

Supporting the show are associate sponsors including Funcity, The Mumum Company and Hamleys, and Kids Stop Press – the exclusive Parenting Partner.

In the coming days, the Peppa Pig family and friends will spread their magic through 78 shows across eight cities, starting this month. Post Mumbai the musical will be held in Delhi on 23rd – 24th November at Siri Fort Auditorium, Delhi and thereafter in Chennai from 30th November – 01st December, at Sir Mutha Venkata Subba Rao Concert Hall, Chennai respectively. Apart from this, Peppa Pig Musical will also travel to  Bengaluru, Hyderabad, Pune, Ahmedabad, and Jaipur as a part of its India tour.

Building an army of brand advocates

Social media is all about building connections. Today, we’re not only connected with people, we are also well aware of...

International: Kimya Gandhi, type designer and partner at Mota Italic in Mumbai, has been selected by The One Club for...