The institution’s breaking of the Bofors scandal in India reshaped the political contours of the country.

The Hindu was established in the year 1878 as a weekly and became a daily in 1889. For generations, it has remained the prescribed reading for youngsters to develop not just their English, but also a world view. Today it has also morphed into a reliable yet contemporary news and views source that can inform and expand one’s horizon.

The daily from what is now called THG Publishing, has several high points in its illustrious journey. Among them was its journalist’s breaking of the Bofors scandal in India, which reshaped the political contours of the country.

THG Group which has in its fold Frontline, The Hindu BusinessLine and Sportstar, is headlined by The Hindu. The daily is regarded highly for ring-fencing opinion from news, in-depth analytical stories and informed editorials.

The Hindu, which had a unique identity among newspapers, also created a powerful positioning for itself through its advertising about a decade ago. In 2012, a campaign titled ‘Classroom’ conceptualised by Ogilvy expressed the daily’s viewpoint on how Indian youth perceive politicians and parliamentary proceedings.

‘Behave yourself, India – the youth are watching’

To commemorate the 75th Independence Day, The Hindu republished its front page from 15 August 1947. 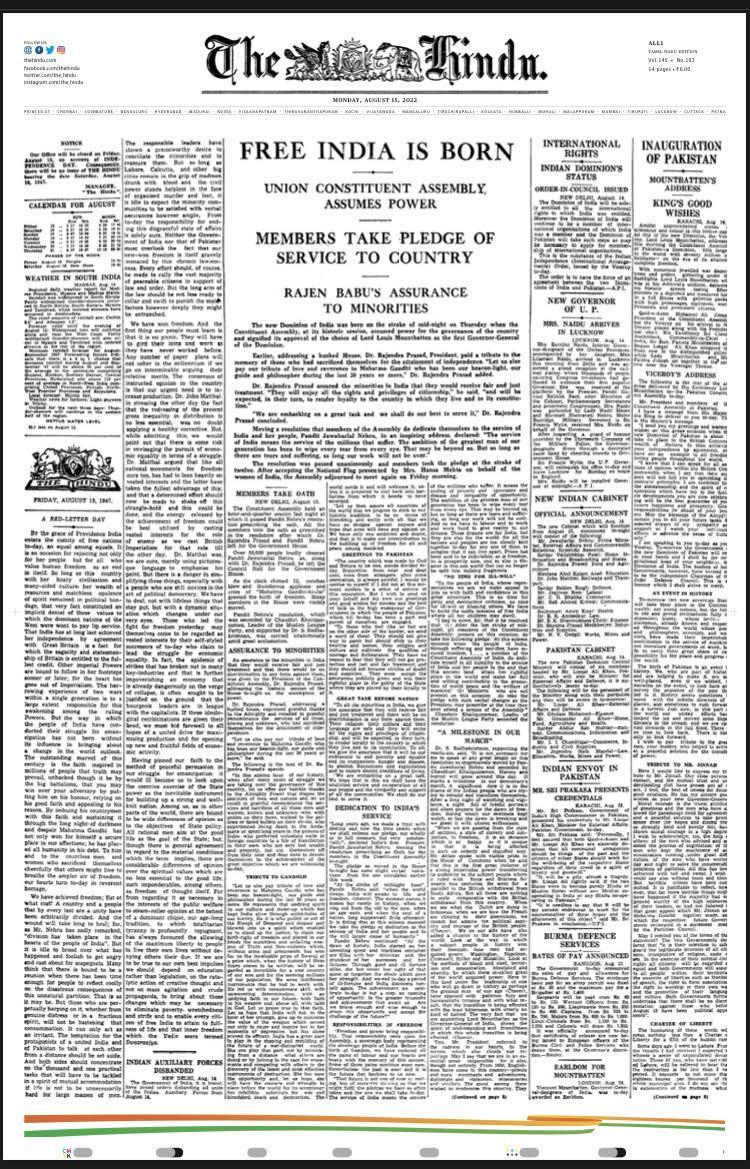