According to the latest viewership data released by BARC India, Republic Bharat’s market share has surged 16+% in week 33.

The phenomenal growth of the channel in the supremely competitive Hindi News Genre has come on the relentless SSR campaign.

The channel’s market share has crossed the 16% mark in week 33 as compared to week 32 across all major metrics. 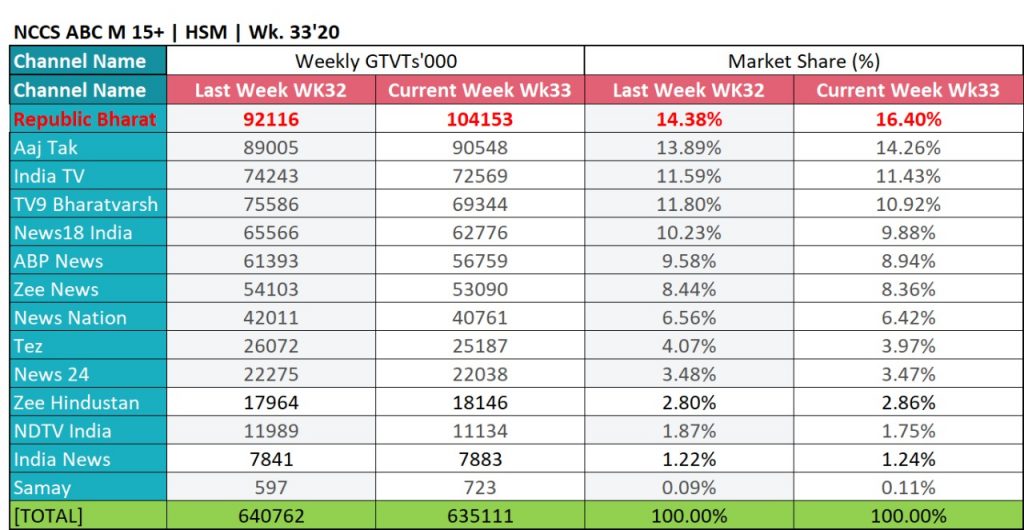 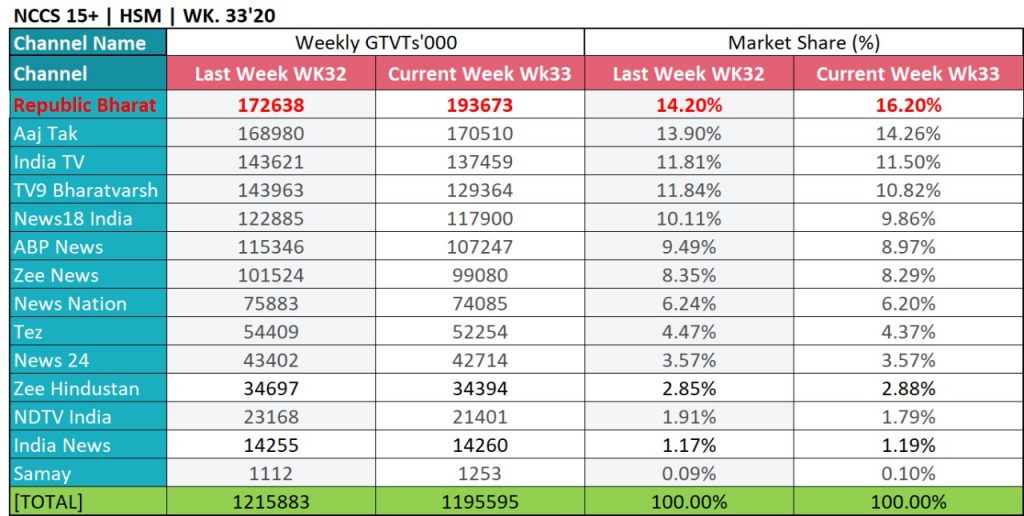 Mumbai: Amidst the rising uncertainties with the second wave of COVID-19 infections across the country and the renewed fears of...

New Delhi: One of India’s leading Salon-at-home startups, Yes Madam has announced that it will provide free Covid -19 Vaccination...