According to TAM Sports Report, on comparison of League matches for IPL 15 and IPL 14, the average ad volume per channel per match showed an increase of 8% during IPL 15 over IPL 14.

Count of Categories, Advertisers and Brands were almost similar in the 1st play-off of IPL 14 and IPL 15. 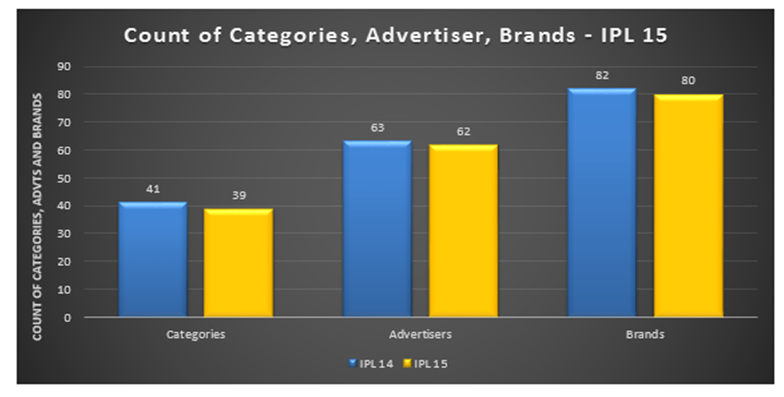 Among Top 5 advertisers, Sporta Technologies, Think & Learn and K P Pan Foods were the 3 common advertisers during IPL 15 and IPL 14.

Top 5 Advertisers contributed to 24% share of ad volumes during 71 matches of IPL 15.

According to BARC data for News Broadcasters in the Hindi News Space for Week 26, the ongoing ratings war continues...

Harman International, a wholly-owned subsidiary of Samsung Electronics Co., Ltd. has awarded its PR account in India to 80dB Communications,...