After a long hiatus, the National Basketball Association (NBA) is back with a ‘Whole New Game’, a campaign that inspires fans to reimagine the game of basketball in its purest form for the rest of the 2019-2020 season. The heart of the game remains unchanged but everything else will be different.  With 22 teams set up in the bubble at the ESPN Wide World of Sports Complex at Walt Disney World Resort near Orlando, Florida, the season restarts on July 31, 2020. The games will be available live for Indian fans on SONY SIX SD & HD, SonyLIV, FanCode, and NBA League Pass.

The restart of the 2019-20 season will be one for the books given the never-seen-before elements, be it the broadcast innovations or the immersive fan experiences. The high energy global campaign film opens with an empty arena pondering on the profound changes that the world has witnessed this year, reminding fans where we left off the last season and building anticipation for the restart. With no fans or the sparkling glamour in the court, the game we all love is like we have never seen before echoes through the story.

The NBA has introduced never-before-seen camera angles and enhanced audio of players and coaches. With digital video boards in the stands, fans can virtually live the game experience along with an all-encompassing sound system, the restart will be nothing short of a modern-day miracle.

The US only version of the film features prominent American actress, writer, and producer, Issa Rae, literally walking the fans through the Whole New Game. Translated in more than 10 languages including Chinese, French, German, Indonesian, Italian, Japanese, Polish, Portuguese (Brazil), Spanish (Spain), Spanish (Mexico) and Thai, the campaign has also been integrated throughout the NBA Campus in Orlando and will be an integral part of the comprehensive social media activation amplifying the user-generated content on @NBA platforms.

Fan all over the world including Bollywood superstar Ranveer Singh, Indian cricketer, and LA Lakers fan Mayank Agarwal, star YouTuber Bhuvan Bam, and actor Rannvijay Singha expressed their awe and excitement by sharing the campaign film minutes after it was launched.

Schedule of the game: 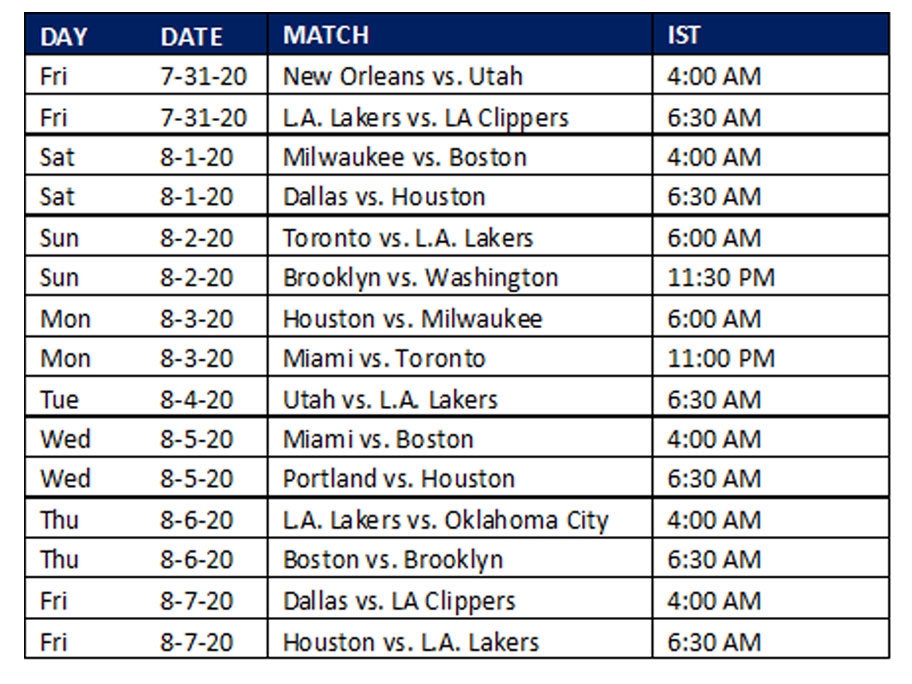