Sonata is India’s largest selling watch brand, from Titan Company Ltd., a TATA group company. It has established itself as a brand of great quality and unbeatable value for the customer.

Recently the brand launched its new campaign, ‘Hum Na Rukenge’ which embodies the quintessentially Indian spirit of perseverance against all odds.

The film celebrates the courage and grit of people from different walks of life, doing different things, and doing things differently in order to succeed in the new and unfamiliar world we live in. A musician live streaming from home, an employee conducting business as usual, friends finding ways to keep in touch and a student pursuing his passion no matter what; they all aptly represent the grit, perseverance and aspiration that drive people in difficult times, with the poignant thought, ‘Hum naruke the, Hum narukenge’.

‘Hum Na Rukenge’ is an extension of the brand ethos, ‘Khud Par Yakeen’, a tenet that resonated immensely with the Sonata audience. ‘Hum Na Rukenge’ acknowledges the challenges lying ahead, and celebrates the unstoppable and indomitable will of Indians. With Hum Na Rukenge, the brand has continued to evolve its narrative of progress against all odds, underscoring the message of taking setbacks in one’s stride and never giving up. The film seeks to inspire others to act similarly as we collectively emerge from current challenges.

Subish Sudhakaran, Marketing Head Sonata, in an exclusive chat with Medianews4U takes us through the campaign and much more…….

‘Hum Na Rukenge’ the idea and strategy behind the brand statement? What is the brand ethos and how does this statement signify that?

It has been a tough year; a year of unprecedented disruption, and the idea behind ‘Hum Na Rukenge’ was to exemplify the quintessential Indian spirit of perseverance against all odds. With ‘Hum Na Rukenge’, the brand acknowledges the challenges lying ahead, while celebrating the unstoppable grit and indomitable will of Indians. The brand has continued to evolve its narrative of progress against all odds, while underscoring the message of taking setbacks in one’s stride and never giving up. 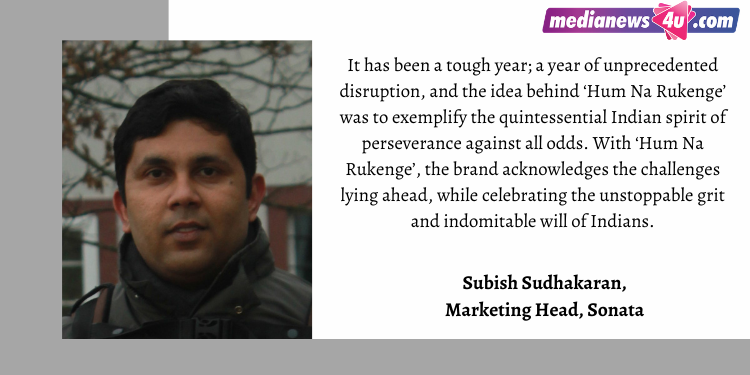 In 2017 you had launched a massive campaign ‘Khud Par Yakeen’ what made you do this latest campaign, has the brand seen a change in consumer behaviour?

In 2017, ‘Khud Par Yakeen’ established tremendous equity for Sonata. It was a breakthrough campaign and the message of attaining progress through confidence in one’s own abilities resonated well with our audiences. In the current year, we evolved this narrative to celebrate the courage and grit of people from different walks of life, doing different things, and doing things differently in order overcome new and unfamiliar situations and progress despite the odds stacked against them

This evolution led us to the ethos ‘Hum Na Rukenge’, representing the grit, perseverance, and aspiration that has driven people in difficult times.

Consumers are also making the most of their time and trying to make this festive season special by staying in touch with loved ones, despite being apart. The brand has joined in this conversation and continued being relevant for the smart, hungry, driven, trend aware but value-seeking consumer. 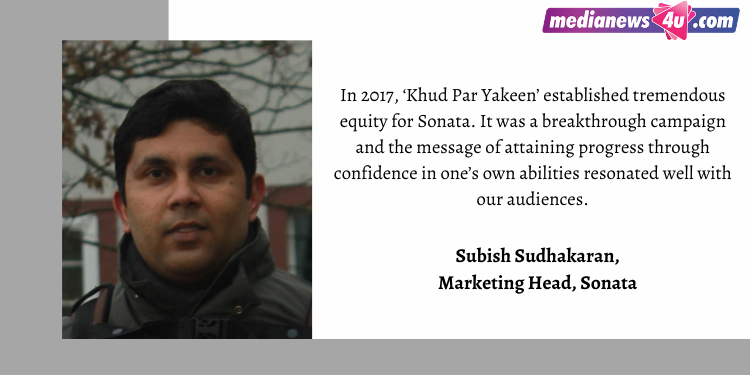 This crisis has hit all of us, what made you go ahead and do this campaign now?

Yes, there is a crisis but this phase has also helped people unlock new ways of operating and achieving their goals. This campaign is a tribute to the resilience displayed by the people of the nation, and hence the messaging is extremely topical and relevant for now.

The film features a diverse range of characters who confidently continue to do what they were doing before, now in the new normal way. The campaign underpins the perseverance and aspirations of people, who are emerging out of challenging situations unleashed by the pandemic. ‘Hum Na Rukenge’ salutes the spirit that keeps the nation going. 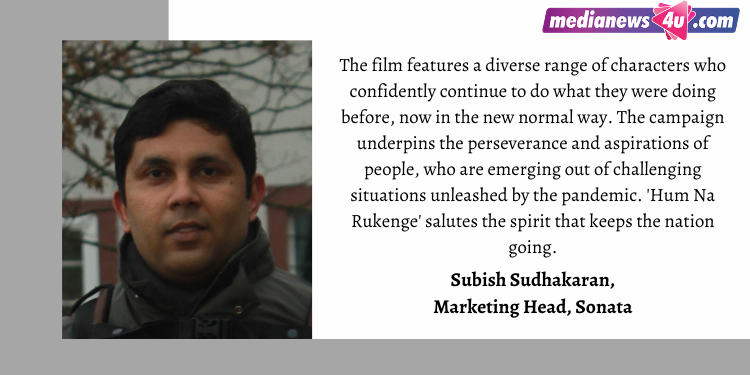 What are the mediums in which this campaign will be released? This lockdown has seen a huge surge in both TV & Digital viewing?

This is a mass campaign and has been released in 9 regional languages, reaching out to audiences across the country. We have seen our audiences moving online rapidly and Digital has been the focus of this year’s campaign.  A bulk of our spend will be directed towards social and digital marketing, followed be a strong bazaar presence.

Digital was one of the first mediums we restarted investing in this year, however, print and TV will also serve mass reach and brand health objectives very well, and an integrated approach may be more critical than an either-or format for us. Tell me as a Brand custodian does a brand ambassador really make a difference to the brand?

Brand ambassadors surely lend immense credibility and help build the brand.  If they are a good fit and have the same values as the brand, the rewards are tremendous. They also play a critical role in building interest in products and influencing consumer purchases. 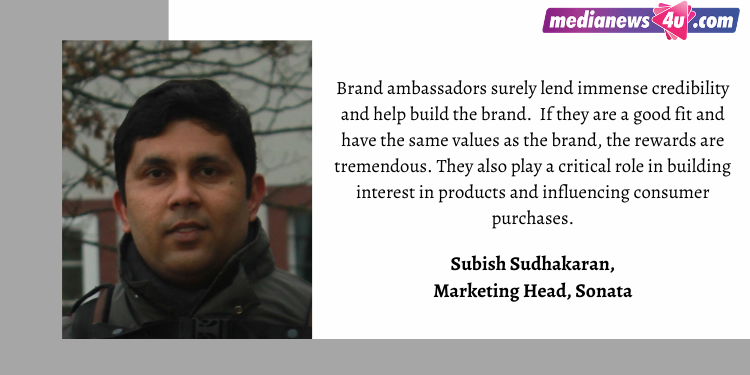 How does the brand implement the HNR philosophy in its growth?

‘Hum Na Rukenge’ is not just a campaign but an ethos that resonates with Sonata. The philosophy of resilience, relevance, and of continuous adaptation to face all odds been a way of functioning for our consumers and the campaign emulates that.

This campaign also showcases some of Sonata’s latest designs such as the new multifunction watches, which have been launched under the brand for the first time, as well as the new festive collections.

Sonata lives the philosophy of ‘Hum Na Rukenge’ through the product launches as well, these collections were launched despite all odds and at compelling price points, so that our consumers have the best choices when they are dressing up, whether it is for the festive season or beyond. 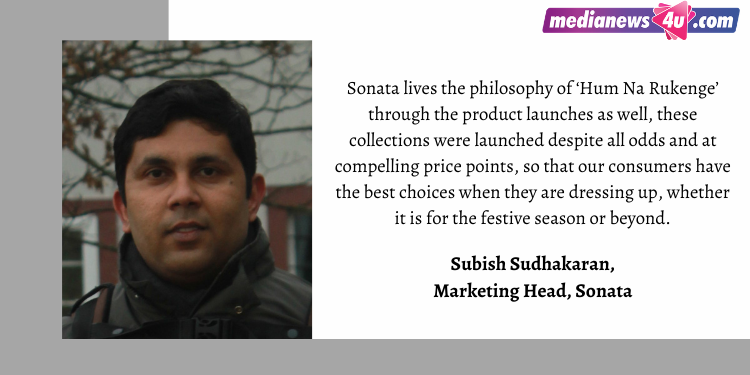