Total 587 Hours of Commercial advertising on 14 Channels of Star Network in IPL Season 12. Total 108 advertisers advertised across 92 categories with 230+ brands, 85% of the ads during live IPL event were 10-20 seconders.

Top 10 advertisers and brands contributed 82% and 74% share of ad volumes respectively. Among the 5 On-screen platforms ‘Action Replay’ topped in terms of average duration of appearance during IPL 12, Action Replay Sponsor got the 50% of overall On-screen ad volumes followed by Pure Advertisers with 28% share.

Top Brands on Instadia during IPL 12

More than 130 brands were present on Instadia Branding Units during IPL 12, the Top 10 brands present on different Instadia elements covered more than 60% share of Instadia advertising. 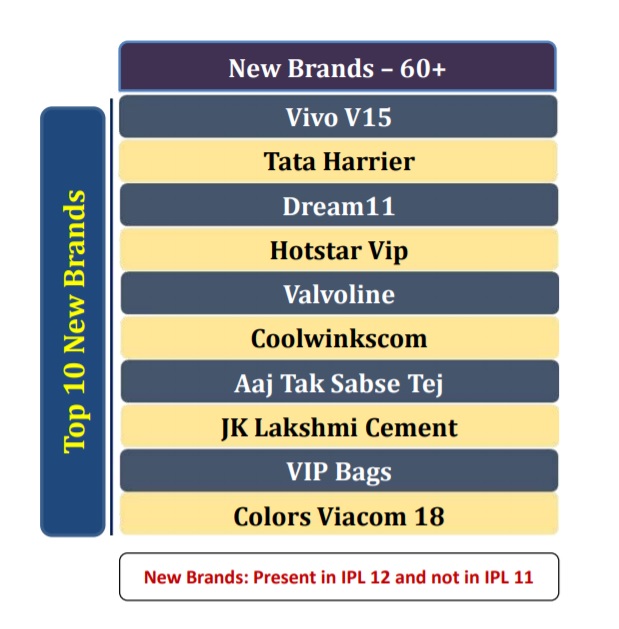 New Brands on Instadia in IPL 12 compared to IPL 11

During IPL 12, 60+ new brands were seen on Instadia Branding Units compared to IPL 11.

‘Jio’ which was associated with multiple Franchises topped the list of brands on Player Branding Units. ‘Player T-Shirt’ was the most prominent Branding Unit on Player’s apparel.

Kochi: Asianet is all set to telecast ‘Swanthanam’ on 21st  September from Monday to Saturday at 7 pm onwards. "Swanthanam",...