Visuals of Queen will make you feel like watching a feature film: Gautham Menon on his OTT debut with MX Player

MX Player, an Indian OTT platform and a global offline video player, created by J2 Interactive and owned by Times Internet, the digital media division of Times Group, is all set with an extensive line-up of Original content for the next six months.

It’s been eight months since MX Player was launched as an OTT product on the MX platform. While it’s been a short journey, the OTT player has built up a formidable library of content, delivering on its promise of bringing its viewers all things entertainment.

‘Queen’ is being directed by Award winning filmmaker Gautham Menon, with Ramya Krishnan in the lead will be launched on 14th Dec 2019.

Medianews4u.com spoke to the Director Gautham Menon on his decision to join hands with OTT platform MX Player and what made him to choose this subject. We also spoke to Karan Bedi – CEO MX Player, on his strategy to launch a Tamil series on a subject like ‘Queen’.

We asked him as to why particularly this subject for him to make an entry into the OTT platform?

Gautham: The content was what made him take it up, I thought I would give it my personal touch to the subject. I was also asked by many as to have I quit making films and shifted to the OTT platform? All over the world many renowned Directors are experimenting with the OTT platforms, and telling stories in shorter duration, here it necessarily not be two hours, or shorts need not be rushed, a director can take is own call as to how the story is to be told. I decided to do this project is because the way the story was written. 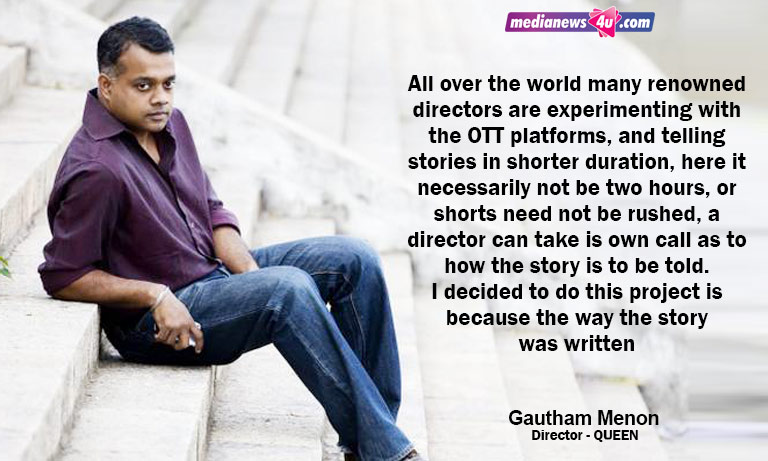 Has the OTT platform opened up avenues for more big name directors of Indian Cinema to experiment with different genres of storytelling?

Gowtham: Absolutely, I am very sure and I am showing them the way. If you look at the visuals of Queen you will actually feel like you are watching a feature film. We have not compromised on the making and the whole series has been shot the way I would for a feature film. I have given it the same treatment and the effect is exactly like how a feature film would look. I have got a lot of feedback from people saying it looks like a film one would see in a theatre. I am hoping that people would watch Queen on a larger format and not on their mobiles. The series is in the Drama genre and has the Tamil element in it and we have retained the flavor. 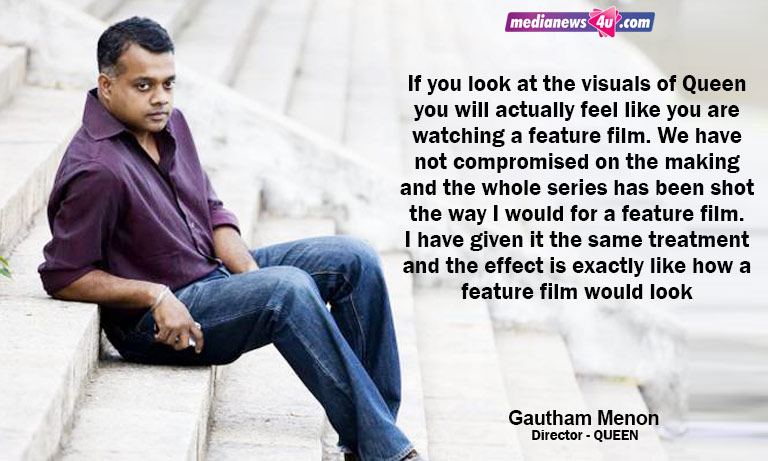 Why Ramya as the protagonist?

Gautham: When reading the script I didn’t even think of anybody else. As you know the script is loosely based on the life of Tamil Nadu ex CM, we immediately zeroed in on Ramya. She also came on board because of the script and the crew behind it.

The series has not made an effort to make Ramya look like Amma, any reasons?

Gautham: Our first season ends with her entry into politics, it’s an 11 episodic series and it starts with the protagonist when she is 12 years old. We did not want to go the prosthetic way and the story is loosely based on her life and it is fictionalized, we have changed the names of the characters and even if you see the resemblance of what most people have heard about Tamil Nadu politics and the film industry, other than that it is very inspirational, a story of the protagonist a women in a male dominated industry making a huge name for herself, she is well educated and how she stands out in the crowd. We didn’t feel that she needed to resemble anybody, the viewer will connect thru the series with the protagonist.

Your expectations from Queen which is releasing on the 14th December

Karan: We are very satisfied, the trailer has got fantastic feedback and responses from everybody, the moment we released it, it trended for about 6-7 hours on twitter, which is not a small feat, it not only trended in India but it was a worldwide trend at No 13 for a while. We are very thrilled about the show, there are a couple of things about the show, one it is a big production for us so huge expectations and it’s the first series in a regional language, it is produced on a big budget, originally in Tamil and we have dubbed it in Hindi, Bangla and Telugu. It is the first project which will have a pan India presence. 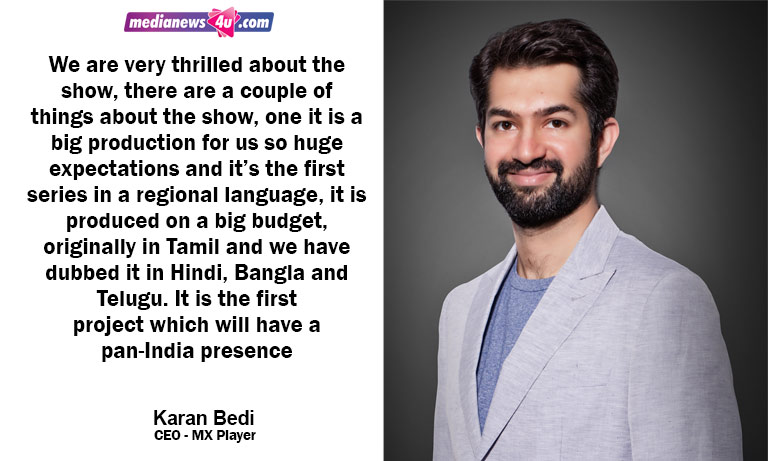 Why a Political figure?

Karan: The script is based on a book by Anita Sivakumaran, we loved the story and the way it was told. The story is very inspirational, and we felt that it would resonate with the audiences. We felt that politics in India being a democracy, it is a space very close to heart with the entire Indian audiences. As we say there are three things that everybody in India talks about is Politics, Cricket and Entertainment. We are very happy to go down that road and exploring. 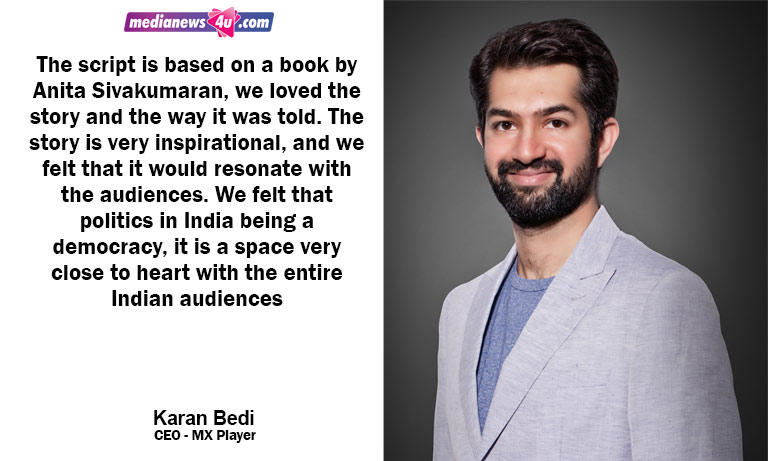 The trailer of Queen launched on Digital platform YouTube has witnessed massive response with the Hindi version of the trailer crossing 4.2 million views in matter of 3 days, English version reaching 3.5 million views and its Tamil and Bengali version nearing one million views.

Mumbai : Magic 106.4 FM has recently introduced Marathi content in Mumbai. The station would offer a mix of contemporary...

Mumbai: The Advertising spends on Digital media in India is expected to grow at a CAGR of 27.42% to cross...

Our plan for 2020 would be take our IPs to regional audiences: Swaroop Banerjee, Zee Live

Brands have slowly but steadily evolved to acknowledge the changing trends and behaviours: Sahil Siddiqui, WATConsult

One big focus area for us is growing Moneycontrol laterally by including more financial services products: Puneet Singhvi

Zomato India acquires Uber Eats in a deal worth $ 350 million

Mumbai: The Advertising spends on Digital media in India is expected to grow at a CAGR of 27.42% to cross...

This popup will close in: