We use technology to tell a story which has already been told many times before: Abhimanyu Singh – Contiloe Pictures

Contiloe Pictures has been in the business for more than two decades, has a strong pulse of understanding the audience, and has created content varying from mega-budget Historical, Mythological to some of the longest-running horror, courtroom drama, thriller, and comedy shows. Contiloe Picture believes in bringing quality content and delighting its viewers with exciting new ways of storytelling. They have carved a niche for themselves by developing and producing multi-genre, quality content that is showcased over a range of prime-time networks in India as well as abroad. They are a fully integrated, premium broad-based entertainment content Production Company that has produced over 7500+ hours of content.

At the launch of ‘Dharm Yoddha Garud’, Medianews4u caught up with Abhimanyu Singh – Founder and CEO – Contiloe Pictures for an exclusive chat on the new show and the rapid growth of technology and much more……

You are a master at mega productions – how did something like Dharm Yoddha Garud occur to you? Though all of us have read mythology but haven’t ever heard about it

I think a couple of reasons. One, it’s an unknown untold story, which is very much within a personalized space. It’s a journey of a protagonist so it makes for very interesting television viewing. That’s one reason. Second is, I think, earlier on technology did not permit you or there were restrictions. Now, technology is enabling you. I think these are the two most important things

You have done other shows; there was technology involved, what is the kind of technology that has been evolving over the years? What is the different technology you have used for Garud now?

The tectonic shift on technology has been rapid.

At the pace technology is changing, it’s in a manner dangerous because before you learn a certain technology, you’ve got to unlearn it, relearn a new one. But the beauty is that it’s enabling you as a maker to do much more than you could ever have done. This is our third mythology, we did Hanuman and even with Hanuman we used technology therefore the show had such a long run. 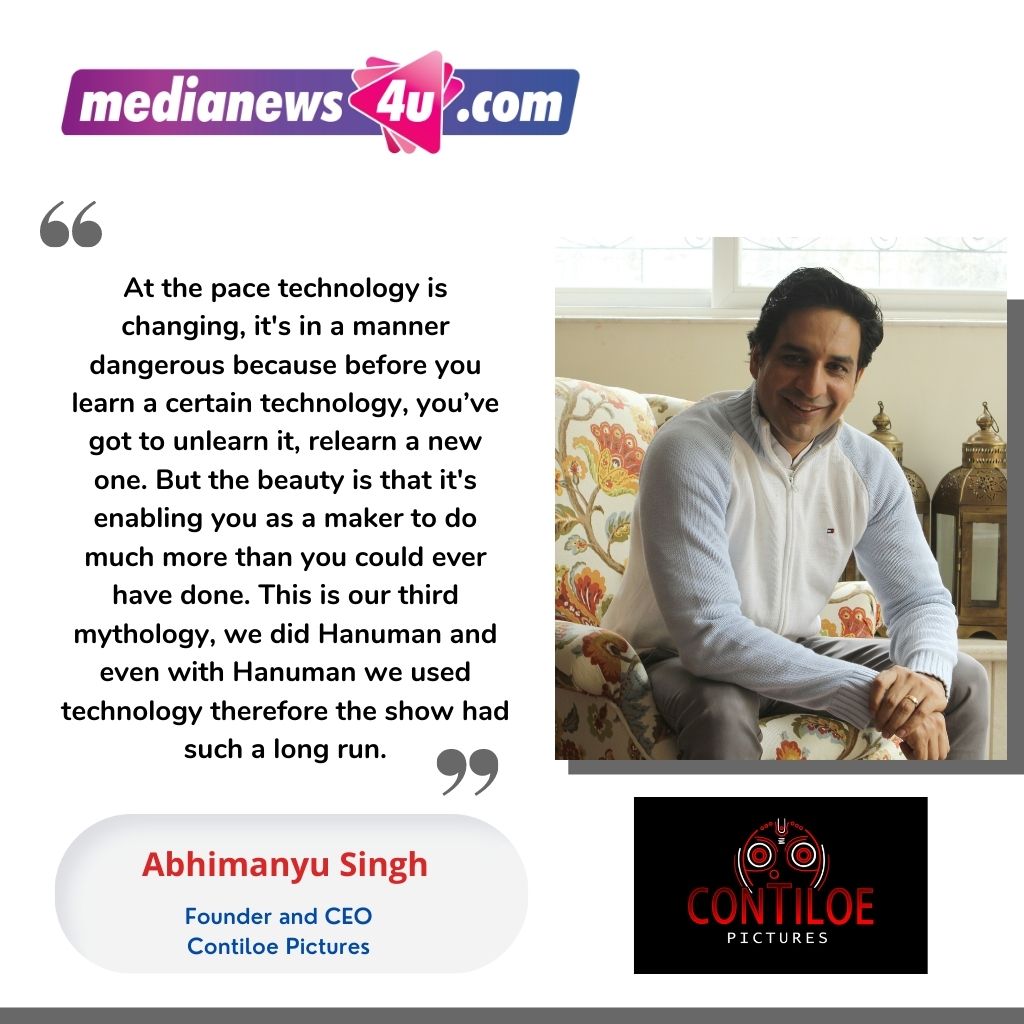 Previously, there were two resets largely with cyclorama, paintings in the background, and it was that was the only experience audiences had of what Hanumanji could do. The viewer never got enough or didn’t get the experience that made Hanuman, as a series, watchable beyond the important parts. So, I think that’s where we were able to use technology to tell a story which had already been told many times before.

Even with Ganesha, we used technology because Ganesha was always about a face where a pipe was used. Here we used something called 3D animation and Faceware. Faceware is a technology that captures the face of an actor and puts it onto the animated face. The Ganesha we created was what you see in temples and what you see in pictures.

Have you used the same for Garud also?

No, for Garud we have used various other technologies because there’s a lot of flying. That world is a completely new world. And then there are various Asuras so the challenge was faced as storytellers was – how do you take the fights between Garud into the sky? How do you make them fly and fight? These are the things we overcame and now one gets to see much more than they have ever seen in any other mythology

The research for the story?

We have got a whole research team. Stories always go through thorough research and then based on that research, the show is made. Now, Garud is based on a few Puranas not a single Purana. You have the Shiv Puran, the Vishnu Puran, and Garud is there in all of them. There are various forms of sources that created the show. Everyone knows the basics but we don’t know any story behind it 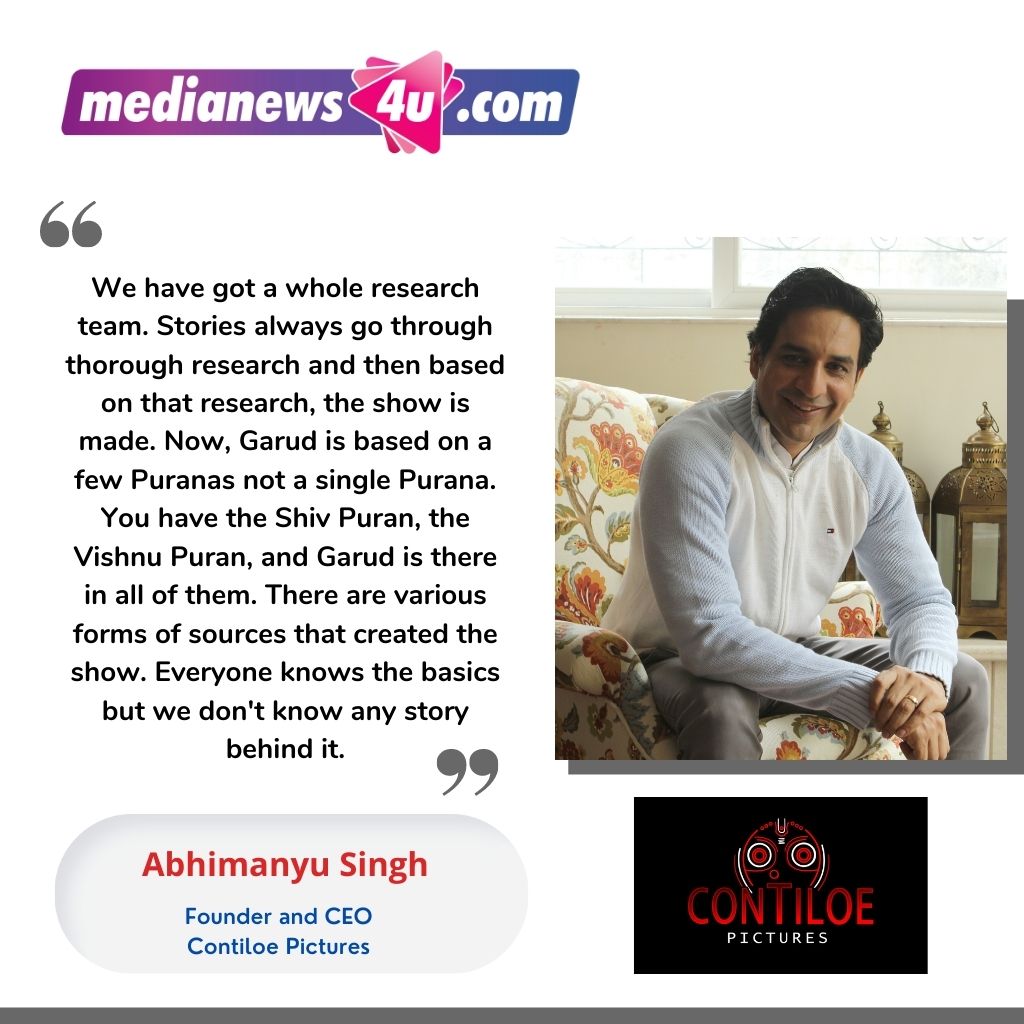 How did you zone into the fact that you wanted to tell this particular story?

After Tenali Ram, because Tenali did very well, we’re always thinking of what we could do next. Our partners see us as core makers, as core strength in the space of history and mythology. So, this is something that I thought could be done and this is what I discussed with Neeraj. When we work on the technology, we take our time. That’s why it took us a year to finish this project

We are doing a story of Swaraj for Doordarshan which is a very big historical which shows the story of India from the Portuguese arrival to the Independence of India and captures many unknown freedom fighters that have fought for our freedom and who we might not have read or heard about. That’s a show that we’ve been producing now for the last six-seven months. That’s going to be a great story to tell. 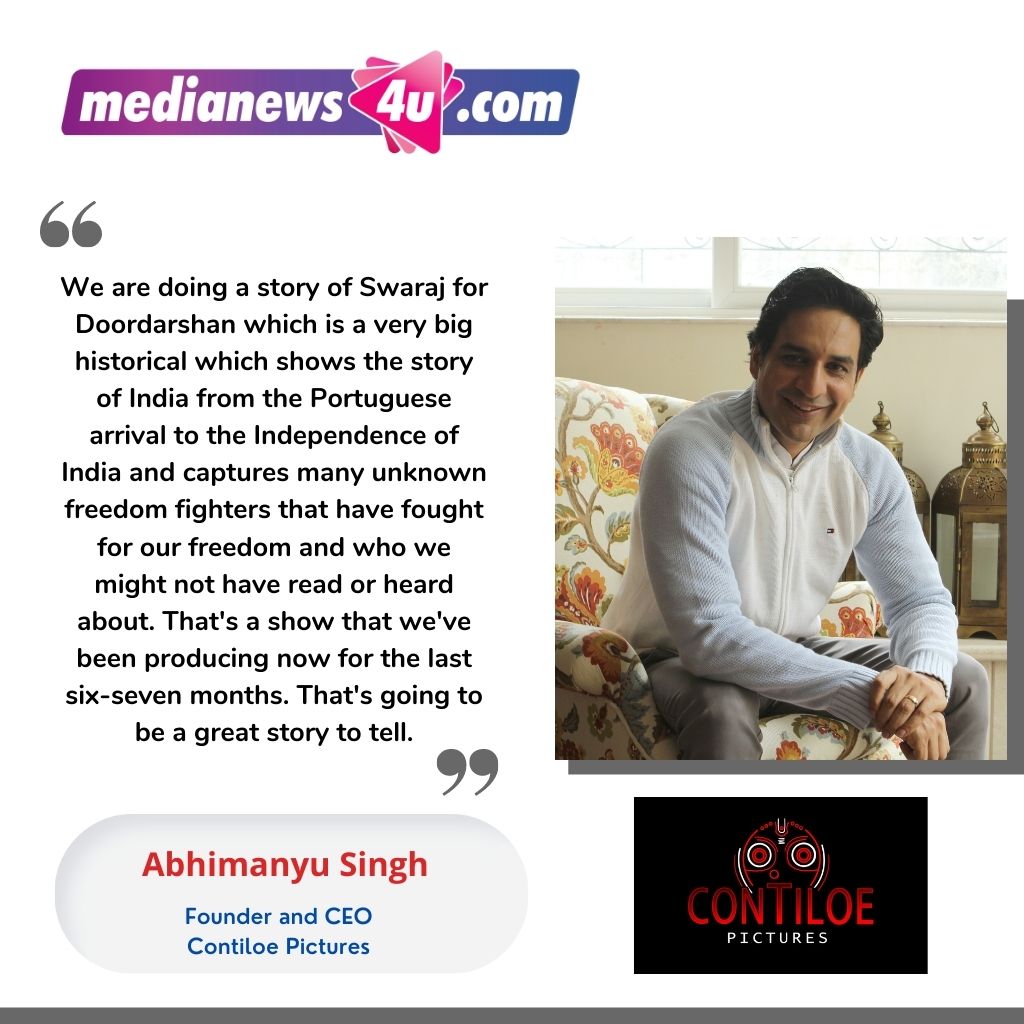 Any big ticket show on OTT?

We are working on a large scale historical in the OTT space, I can’t speak about it. It’s a historical, but it’s a story of succession. We did two parts of State of Siege. We’re now preparing to do the third part, again based on a true event. We are doing another show for Sony also.

Any plans to produce some finite series on GEC?

Both spaces are different and Digital series are all finite. But the segment of audience that watches GEC and wants to consume content in a certain way wants a daily dose of it. That’s different from a limited viewer audience who wants to watch stuff on the digital space.