by Editorial
in Mobile/Digital
2 min read

Shimla: Bharti Airtel (“Airtel”), India’s premier communications solutions provider, today said that it has upgraded its mobile network in Himachal Pradesh to deliver the best network experience for its customers.

Airtel has deployed an additional 17.4 MHz spectrum across 900/1800/2300 MHz bands along with advanced network software tools to bolster high-speed data capacity in its network. Of this, 2.6 MHz has been added in 900 MHz band, 4.8 MHz in 1800 MHz band, and 10 MHz in 2300 MHz band, giving Airtel industry-leading holdings across all bands.

The deployment of an additional spectrum will enable improved network availability and data speeds along with better coverage inside homes and buildings in urban and rural areas.

With the addition of this spectrum, which was acquired during the latest spectrum auctions, Airtel has the largest spectrum bank of 70 MHz in Himachal Pradesh. 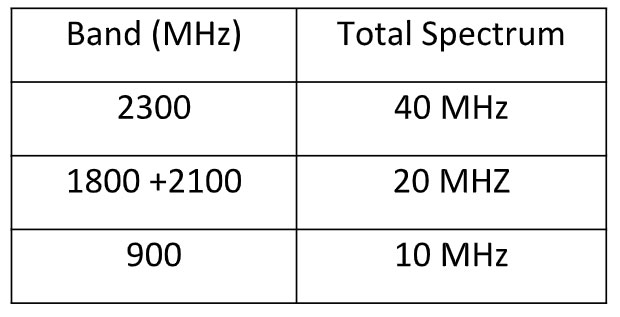 Manu Sood, Hub CEO – Upper North, Bharti Airtel said, “With the addition of 17.4 MHz spectrum across bands, Airtel now has the largest spectrum bank of 70 MHz in Himachal Pradesh. This uniquely positions Airtel to deliver an exceptional indoor and outdoor experience to customers in the state. We continue to invest aggressively in the new spectrum and network upgrades at a time when our customers need it the most.”

Airtel has over 2.98 Mn customers in Himachal Pradesh and its network covers 95.02% population of the state.

Mumbai: Digital Star Bhuvan Bam has announced that his much-awaited show Dhindora will be released on YouTube Originals. Stated as...

Hyderabad: In its efforts towards further accelerating ‘Digital Telangana’, the Government of Telangana today commemorated 3000+ public Wi-Fi hotspots in...

Brands have learnt to be more agile, empathetic, responsible, and authentic in their communication: Sujit Patil, Godrej

Saridon taps into resilient Indian mindset through a relaunch campaign