Amazon Prime Video Campaign happens to be Most Watched and Lion Kind 2019 movies was Most Liked in Week 28: Chrome Optimal+

Mumbai: Chrome Data Analytics and Media’s Optimal+ data has released the comparative study of the performance of various brands in week 28 against week 27. The report divides the performance of brands under three broad categories namely Most Watched ads, Most Aired ads and the Most Liked ads based on analysis of data involving 34000 panel homes across the country. 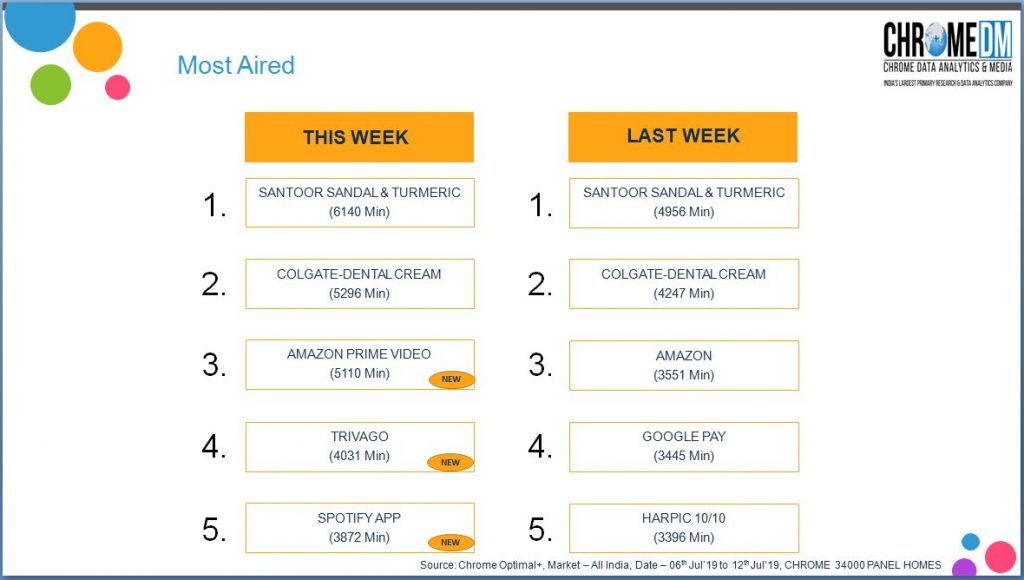 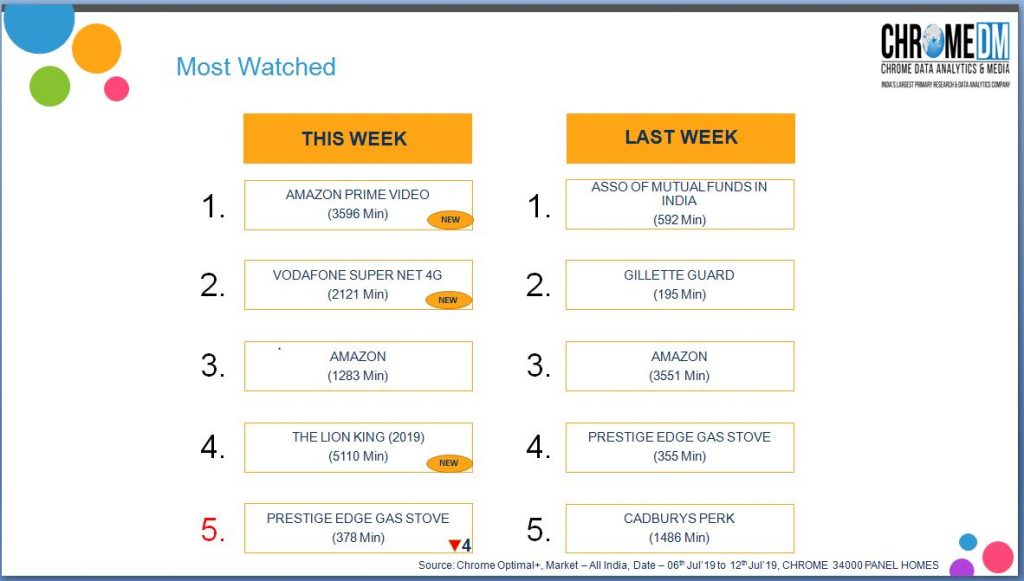 Most of the slots in Most Liked Ads category were seen occupied by fresh players in Week 28.The category is led by promotional ad campaign by The Lime Road Film for the launch of Lion King 2019 movie. Google’s Ad campaign for Google Pay has captures 2nd place from 4th position in Previous week. Amazon Prime Ad campaign manages to occupy 3rd place followed by Jewelry Brand Kalyan Jewellers ad campaign and Tide’s campaign for Tide Ultra in 4th and 5th places respectively. 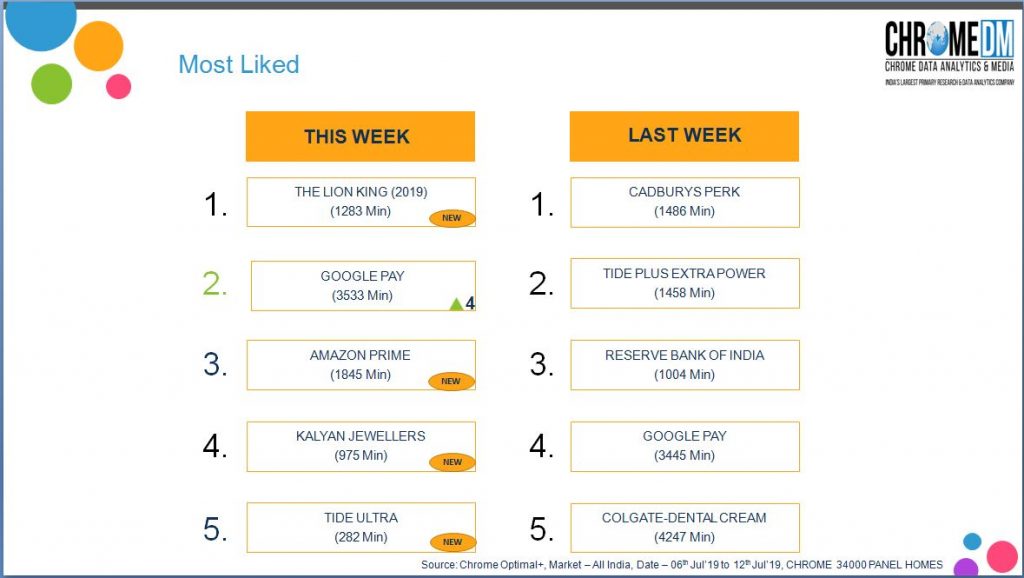 MTV Insights Studio presents ‘Mera Bharat Amazeballs’, the most extensive study into the mindset and behaviour of India’s youth

HistoryTV18 premiers a one-hour special documentary ‘Kumbh: Among the Seekers on 29th January 2020

Mumbai: Adding to its rich offering of Indian originals, HistoryTV18 presents a one-hour special about the world’s most spectacular human gathering, the Kumbh Mela. The...