In the HINDI GEC Rural category for week 53 and we saw that Dangal leads the chart followed by BIG Magic on the second spot. Zee TV on the third spot and Star Plus on the fourth spot. The fifth spot is secured by Sony SAB. On the sixth spot is Colors and Sony Entertainment Television on the seventh spot. For the last three spots on this category is Star Utsav, Star Bharat and Colors Rishtey. 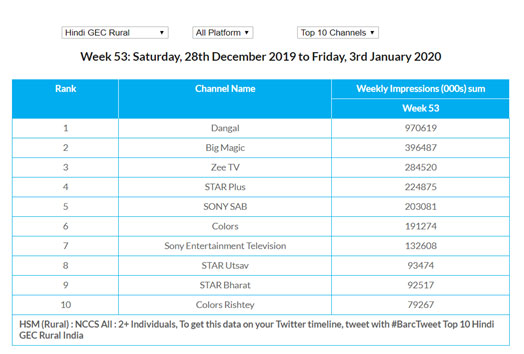 Colorsleads the chart followed by Star Plus on the second spot. Sony SAB on the third spot and ZEE TV on the fourth spot. The fifth spot is secured by Sony Entertainment Television. On the sixth spot is Dangal and Star Bharat on the seventh spot. For the last three spots on this category is&TV, Big Magic and Star Utsav. 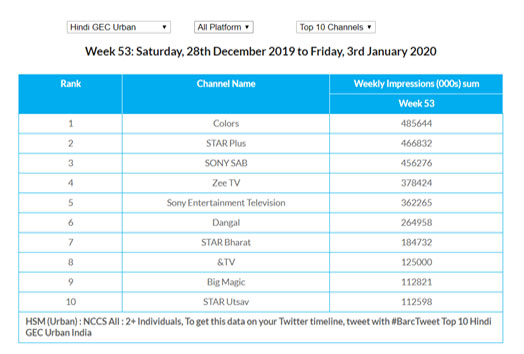 Mumbai: Sony SAB's announces its mega-launch of the year ‘HERO - Gayab Mode On’. With the power of invisibility as...

November: Workplace from Facebook is taking up the user experience level a notch higher with a slew of latest updates....

We even refer to ourselves as Transformists which means we believe in the constant cycle of learning and evolution: Rajiv Dingra, RD&X Network

Mumbai: Prabhu Chawla has returned to India Today Group as Editorial Consultant TVTN. Prabhu was the original host of the...