According to Chrome LIVE Week 43’22 data, English GEC genre became the top gainer of the week as it grew by 1.06 pc in 6 Metros. The Q secured the highest OTS with 49.2 pc followed by Colors Infinity with 40.9 pc at second position and Comedy Central with 40.3 pc at the third position. 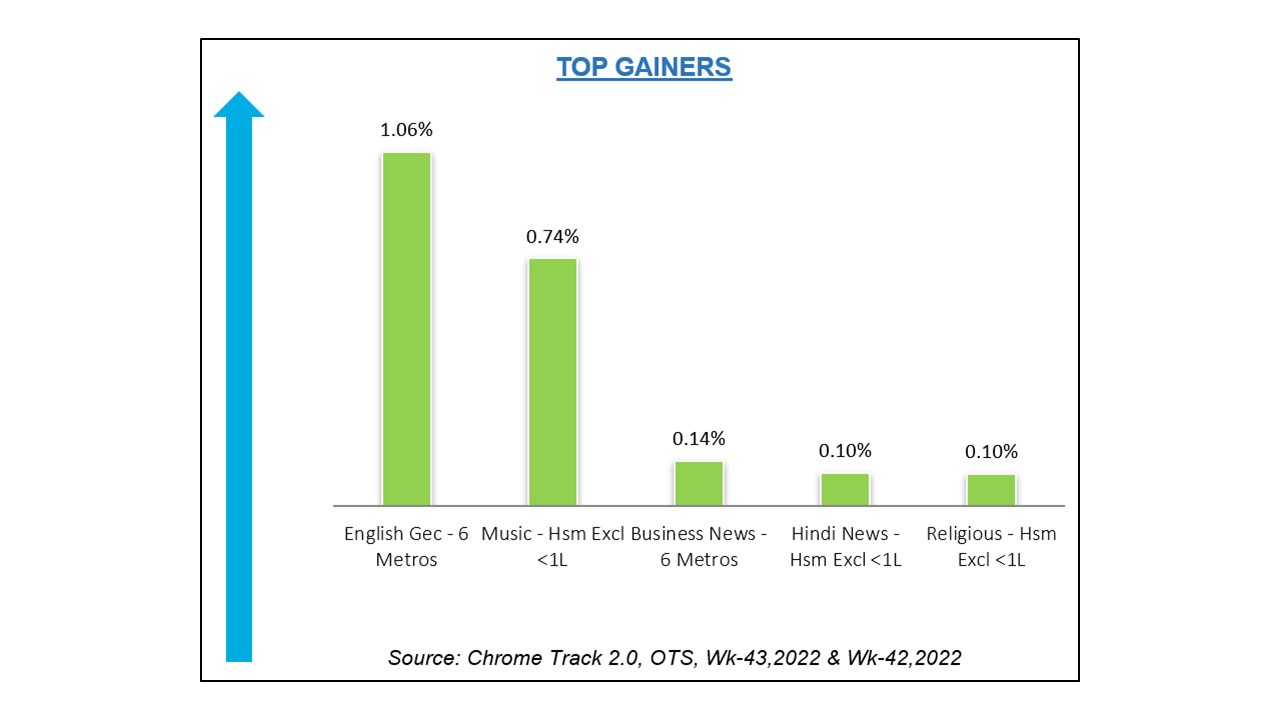 Music genre claimed the second position and grew by 0.74 pc in HSM excluding <1 lakh market. MTV Beats gained the highest OTS with 91.2 pc followed by Mastiii at second position with 90.6 pc and 9X M with 81.2 pc at third position. 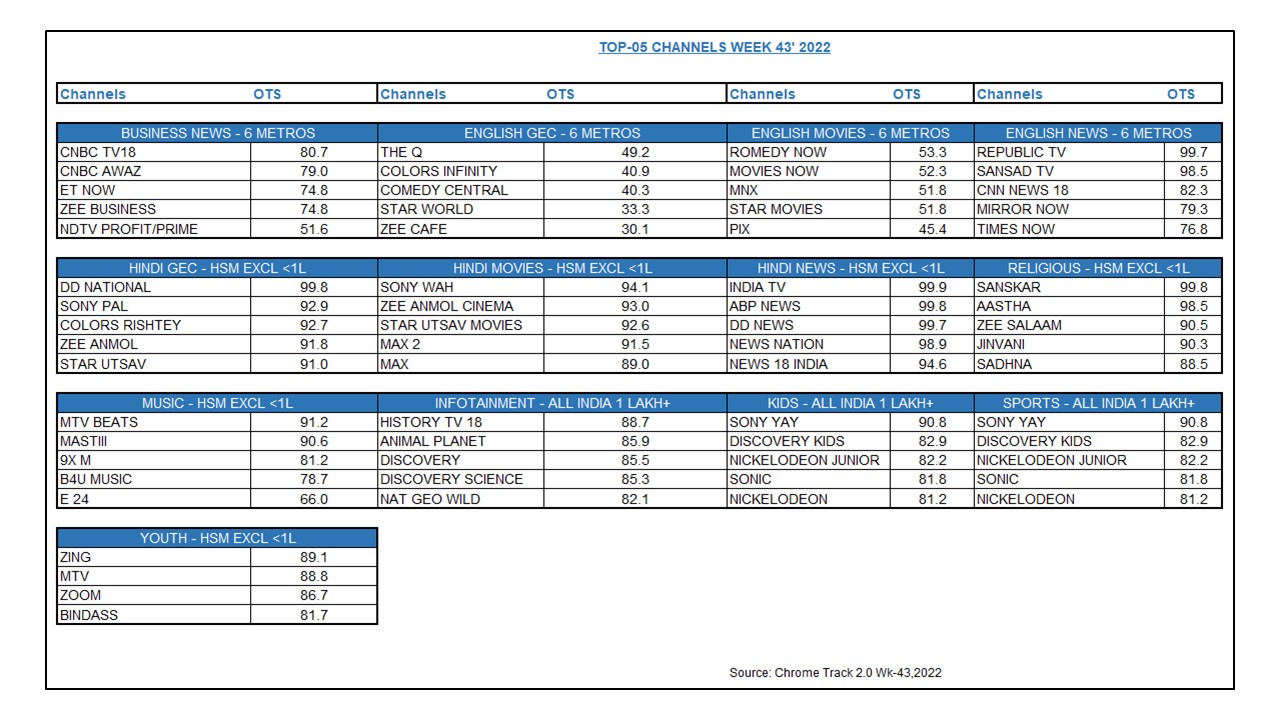 Religious genre stood at fifth position and grew by 0.10 pc in HSM excluding <1 lakh market. Sanskar gained the highest OTS with 99.8 pc followed by Aastha with 98.5 pc at second position and Zee Salaam with 90.5 pc at third position.