The survey unveils results of brands under three broad categories namely most watched ads, most aired ads and the most liked ads. The research also gives us a clear picture with the comparative study of the performance of the brands in week 19 against week 18.

Chrome Optimal+ study on Most Aired Ads in week 19 shows that Bharatya Janata Party has topped the list by pushing down Congress Party to the second place. Santoor Sandal & Turmeric  managed to retain its position in 3rd place followed by Lizol and Colgate Dental Cream in 4th and  5th places respectively. Cleaning Brand Lizol is seen exited from the list in Week 19 . 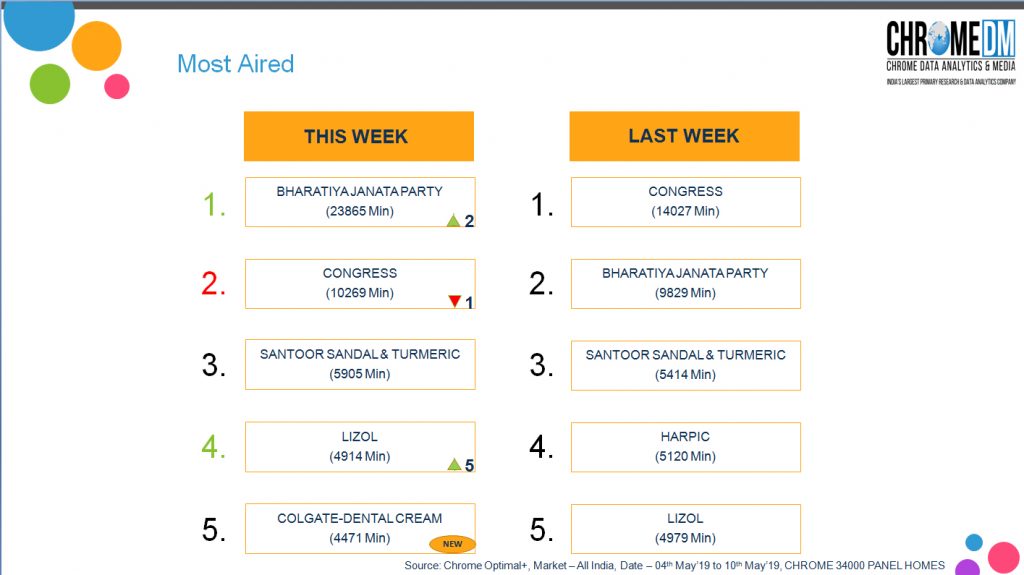 Coming to the most watched Ads category in Week 19, new entrant Colgate dentral cream is occupying the Numero Uno position followed by Tech Brand Apple in second place. Fresh player Brit Food captures 3rd place followed by Footwear Brand VKC Pride in 5th place. Soft drinks Brand Frooti fails to withhold its position and seen dropped to 5th place in this week. Brands like Bajaj, Frooti and Tide plus are dropped out from the most watched Ads category in this week. 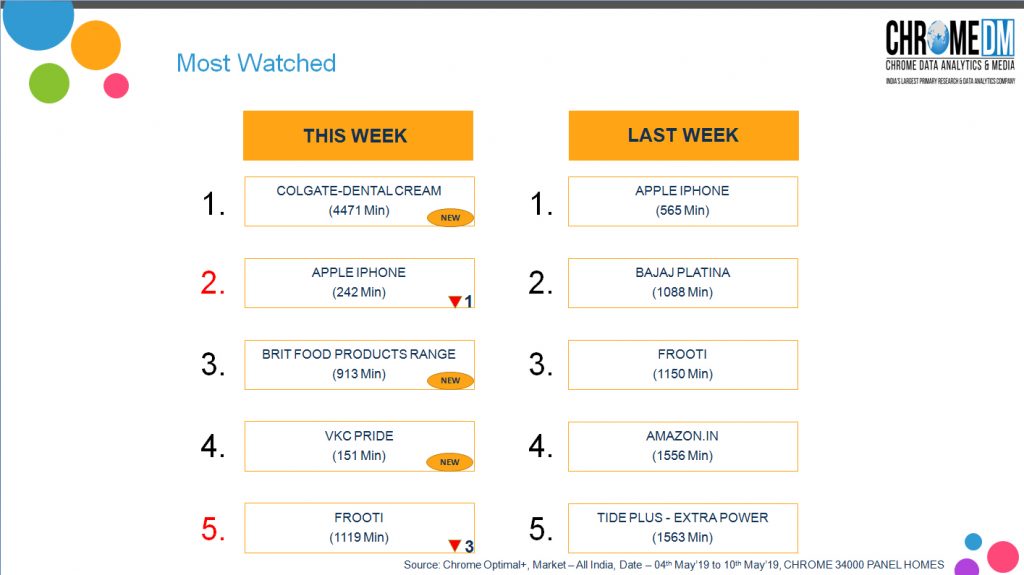 The Most Liked category is Led by Tooth care Brand Colgate followed by VKC pride and Samsung in 2nd and 3rd places respectively. Cadburys Dairy Milk Silk Hazelnut hang on to 4th place followed by fresh player Brit Goodday Biscuits in 5th place. By this, chrome Optimal+ study reveals that  the new entries eliminated the Brands listed in previous week like Apple, Google and Swiggy. 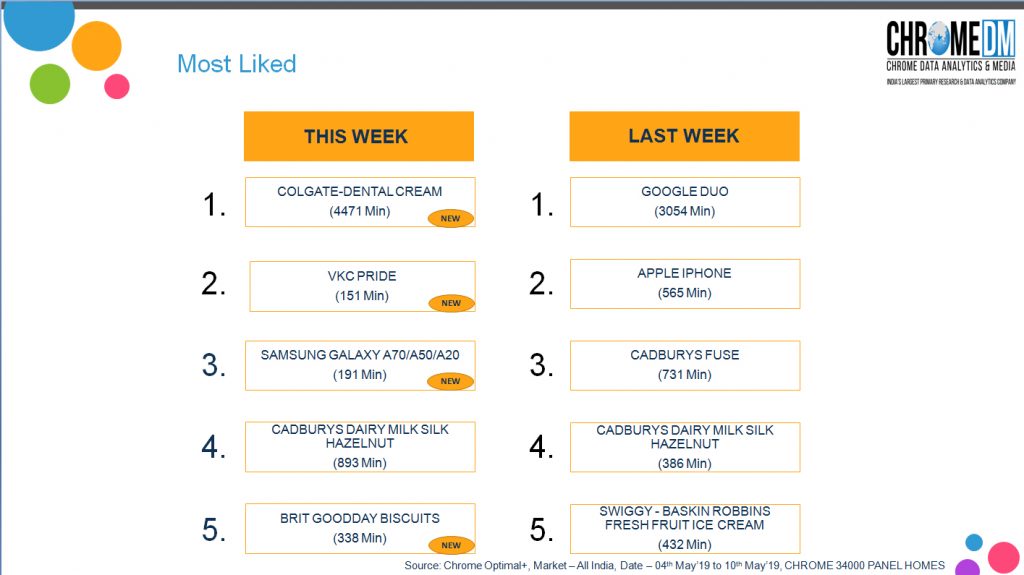 Mumbai: Mask Force and Setu Mera Bodyguard were campaigns commissioned by the Government of India.  The concept was visualized from the...

Our communication strategy would be to leverage on the health and hygienic snacking factor and focus as an alternative for breakfast: Rohit Mohan Pugalia, Munchilicious Granola

Raksha ‘Bandhan’ a ‘Timeless Bond’: A Digital Initiative by MMTC-PAMP