The report titled ‘Sexual Violence and the News Media Issues, challenges, and guidelines for journalists in India’ presents the findings of a multilingual national study on the news reporting of sexual violence in India. Drawing on a content analysis of 10 newspapers covering six languages and semi-structured interviews with 257 journalists working across 14 languages, it provides comparative insights into the routines journalists follow and their challenges when they cover sexual violence.

The report evidences how news outlets tend to disproportionately publish unusual cases, such as those involving extreme brutality; focus on rape in urban areas, and rely heavily on police sources. Journalists rarely undertake in-depth inquiries into the cases they cover. The challenges they face include safety issues while newsgathering, difficulties in accessing key references, and distress from the requirements of their assignments. 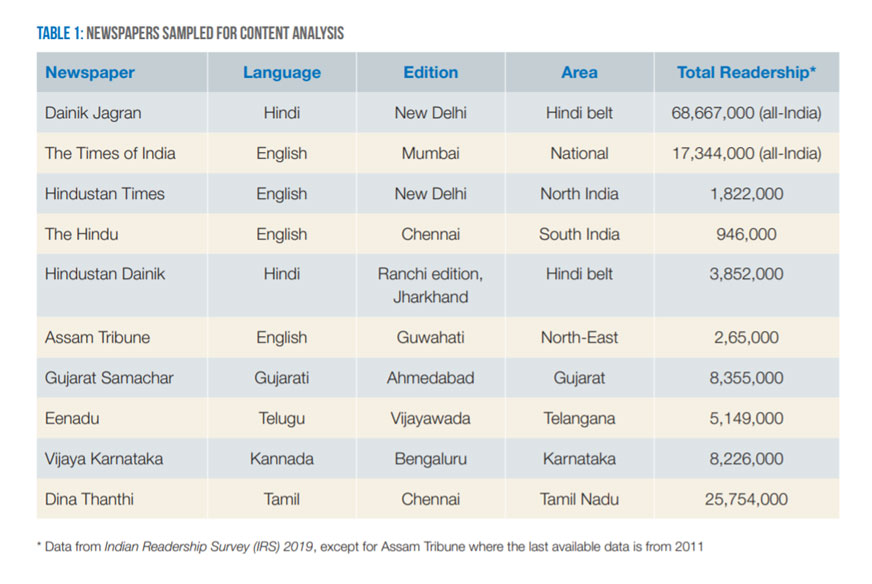 Overall, Nearly 20% of the respondents experienced psychological challenges while reporting on sexual violence. 55% of women journalists said they had directly experienced or witnessed workplace sexual harassment or violence, typically perpetrated by someone who wielded power through seniority or a supervisory role. 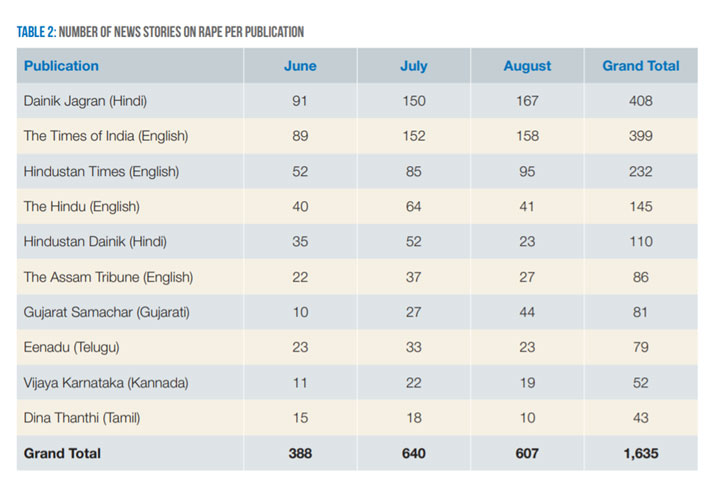 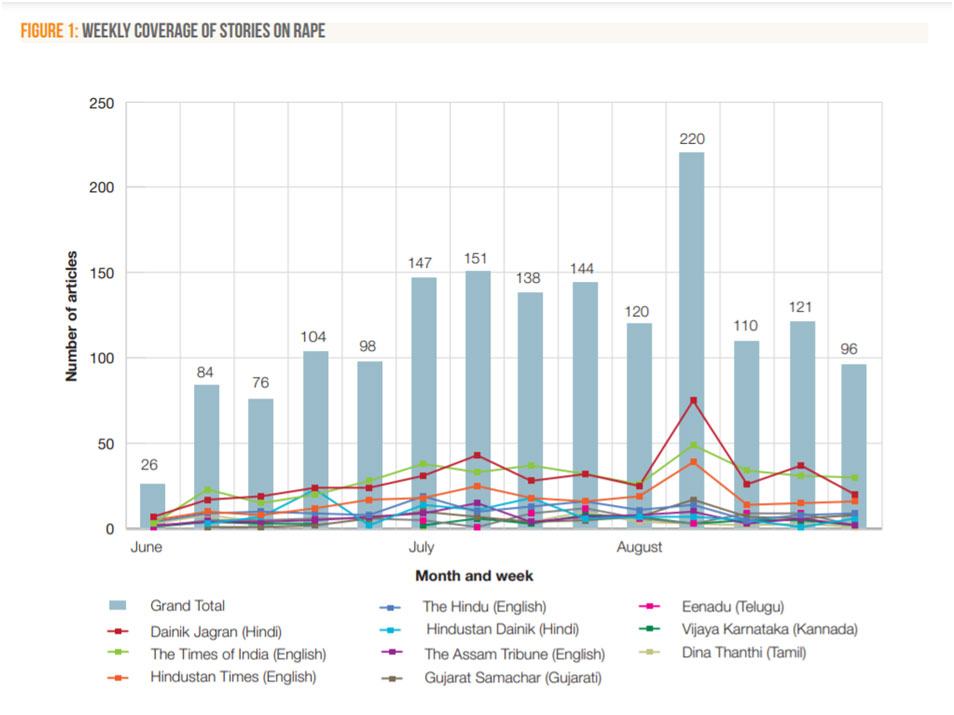 Gang rape accounted for over 20% of news reports overall and was the largest single category of sexual violence covered in the volume of reports. However, it was the highest crime type in only three––Dainik Jagran, Hindustan Times, and Vijaya Karnataka–– out of the ten newspapers the survey team analyzed, indicating a significant variance across the different languages in terms of prominence Gujarat Samachar stands out with 28.2% of its rape-related news referring to ‘age-related (statutory) rape’. Newspapers were typically concerned with rape in urban areas • Overall, 49% were urban, 22% rural (rest were overseas or unclear from the report) • An exception was Hindustan Dainik (Hindi) 53.6% rural. 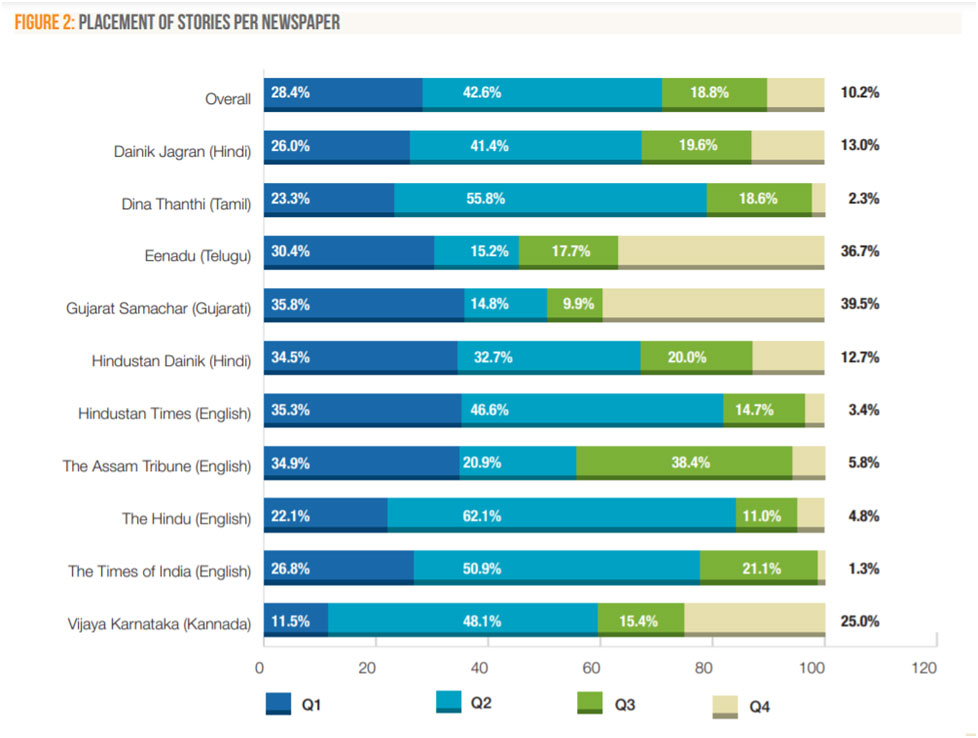 The majority of reports focus on the details of the attack. Overt victim-blaming in only 2.2% of reports Caste or religious conflict were mentioned in only 2% Political factors in 7.3%, but very high in Dainik Jagran (Hindi) at 22.3%. Just over 9% of reports frame sexual violence as a social issue. Very few stories focus on solutions (6.67%), and when they do, it is on the death penalty.

The ‘profile’ of the victim or perpetrator was a deciding factor in the coverage of a case, according to 20.6% of respondents. Another deciding factor that respondents spoke of was the ‘gravity of the crime. As a print journalist from Kerala summarised, “brutality is the benchmark” for reporting sexual violence.

A range of reasons was given for why filed reports were dropped, from space constraints to sensitivity of the subject, to consideration for the victim, to deeming the case as not ‘high-profile le’ enough. Story pitches were rejected for many reasons, from a general aversion to publishing reports on sexual violence to editorial concerns about evidence to back proposed stories.

The rationale given for underplaying rape stories was either external pressures, political factors, or the stance (as described in the section on self-censorship) that society needed to be spared further grief, caused mainly by cases of familial rape.