The Income Tax Department conducted raids in media group Dainik Bhaskar offices and at the promoter’s residences and offices on July 22. The Income Tax Department also held searches at the Lucknow office of Bharat Samachar -UP based news channel and homes of its owner-editor and state chief on the same day. According to media reports, the IT raids were held at Dainika Bhaskar and Bharat Samachar for alleged tax evasion.

The action by the Income Tax department has invited criticism from the opposition party in the country and the common public.  Prominent leaders like Mamata Banerjee, Akhilesh Yadav, Kapil Sibal, Arvind Kejriwal and Twitteratis have extended solidarity to the media houses and called it an infringement on the freedom of the press.

The move by the government is the result ofthe media houses exposing the ‘truth’ about the government’s Covid-19 “mismanagement”, claimed the media organizations.  Dainik Bhaskar had extensively reported on the second wave of Covid-19 and its distressing effects. The newspaper was critical of the Central government and their claims on the vaccination figures, reporting of covid-19 deaths, floating bodies in the Ganga river, and oxygen shortages. In a series of reports, Dainik Bhaskar has exposed how the government is handling the global pandemic. The newspaper has been vocal about the Pegasus snooping controversy through their extensive reporting. Bharat Samachar has also been critical of the Uttar Pradesh government’s ways of handling the pandemic.

The Bhopal headquartered newspaper Dainik Bhaskar hit back at the raid through their social media campaigns. Through their Twitter account, the newspaper shared few screenshots of their reports on Covid saying “the government was afraid of our journalism”. Dainik Bhaskar also posted a series of tweets in Hindi that read, “I am independent because I am Bhaskar. What shall rule Bhaskar is the readers’ will. Dainik Bhaskar is independent and will always keep on raising its voice in the interests of democracy.” 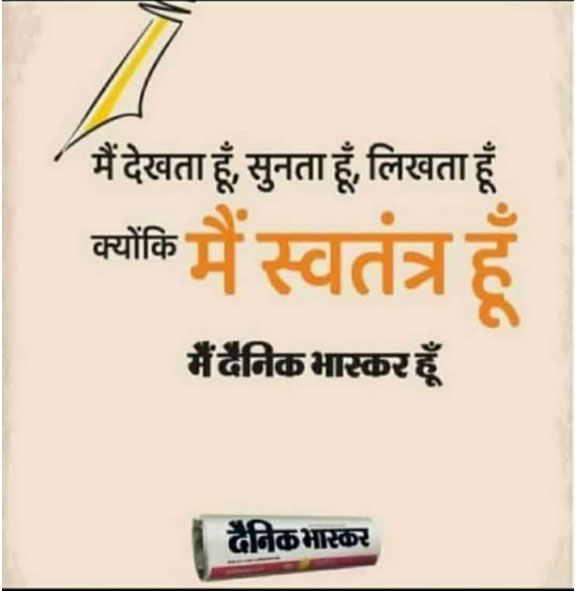 In a strongly worded Tweet, the Press Club of India said, “deplores such acts of intimidation by the government through enforcement agencies to deter the independent media from discharging their duty to serve the society”.

The Press Club of India deplores such acts of intimidation by the government through inforcement agencies to deter the independent media from discharging their duty to serve the society pic.twitter.com/IMZgj3rT1e

After the Pegasus Spyware controversy, the newspapers published an article stating that phone-tapping controversies were not new to Prime Minister Narendra Modi and Amit Shah and alleged that BJP politicians’ and Bureaucrats’ phones were tapped in Gujarat 15 years ago.

The raids by the government agencies are not new to the media organizations. In February 2021, the Enforcement Directorate had conducted raids in the NewsClick Delhi Office, and raids were held at the home of Prabir Purkayastha, Editor-in-Chief of NewsClick.

The Information and Broadcasting Minister, Anurag Thakur, responding to a question on the IT raids in cabinet briefing, said, “Agencies are doing their work, and there is no interference…One should take complete information and, in its absence, sometimes many issues come up that are far from the truth.”