Mumbai: IWMBuzz a well-known online publication that covers the consumer aspect of television news, gossip, Celebrity news, views, and interviews. It specializes in news from the world of entertainment, OTT, influencers and much more. IWMBuzz in a very short span of just three years has created some marquee properties across the B2C and B2B space that have helped build the brand and is now a name to reckon with.

After all, these creations came to their latest property, IWMBuzz India Kids Summit. A summit that brought the custodians, creators, marketers, influencers to Kidzania to discuss current and future actionable trends of Kids content in India.

Powered by: KidZania, @BYJUS and @godrejsecure

Apart from the core topic of Kids and the scope of Kids content, what really differentiated the IWMBuzz India Kids Summit from any other industry event was its venue, Kidzania. Leaders discussed and spoke about the present and future of kids amidst of one the best experiential centers for kids. 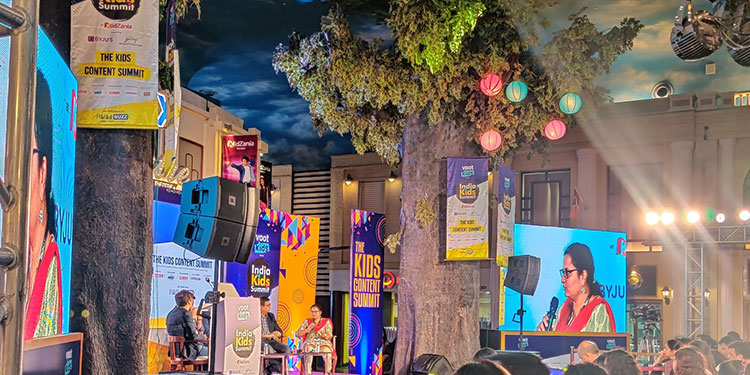 “India Kids Summit, as an initiative, is close to our heart as it evangelizes the ever-growing space of kids’ content economy. In its debut edition, we saw great support from sponsor partners, plus attendance. We thank all our partners for making India Kids Summit a huge hit. We are positive to make the second edition bigger and better,” says Ashish Banka, Co-Founder and Business Head, IWMBuzz.