Myntra and CSK announced their collaboration through a fun Twitter banter

Bengaluru: Netizens witnessed a fun and humorous banter take place between Myntra and the Chennai Super Kings on Twitter. CSK posted a question in Tamil – its official language at home that raised curiosity in everyone on Twitter. The tweet goes- ‘Aaramikalangala?’, which roughly translates to ‘Shall we start’, to which Myntra replied- ‘Late aa lanthanum. Latest aa varuvom’, which translates to ‘Even if I’m late, I will bring the latest’, in reference to bringing the latest in fashion. 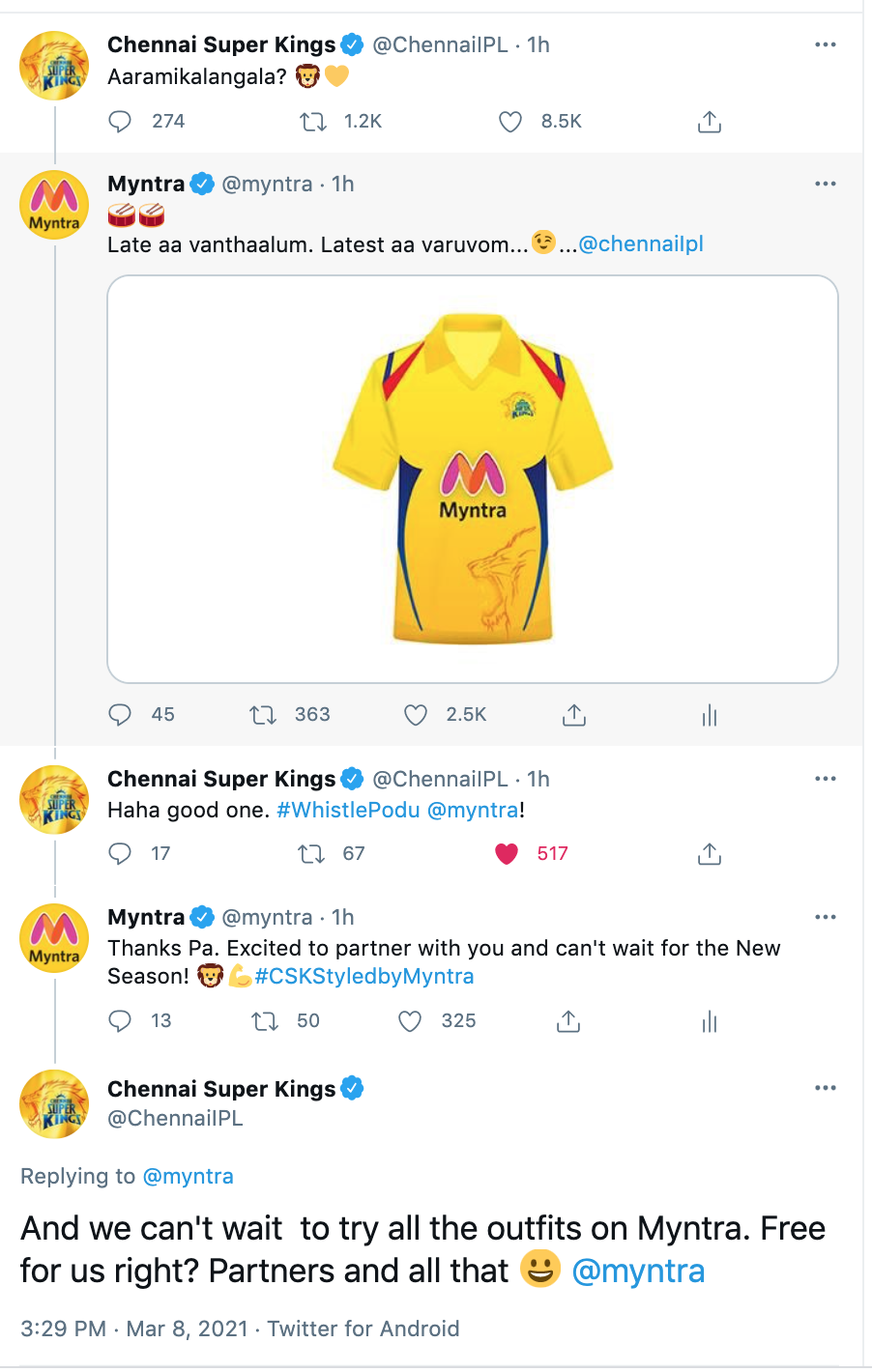 Paying homage to the land of the CSK, Myntra went ahead and answered the question posed in Tamil in the same language. For a team with such a huge number of local die-hard fans, the call to converse in the local language will help Myntra place itself in the hearts of the “Whistle Podu Army” and millions of fans around the world. Being novel in the way where a regional language route was explored, those who were not familiar with the language were seen asking their fellow Twitterati about what the tweets meant, thus enabling the banter to build further hype through intrigue.

As the official fashion partner for Chennai Super Kings, for the upcoming edition of IPL, Myntra’s logo will be present at the front-center of the CSK team’s jersey. Both Myntra and CSK will also be creating exciting and engaging digital content for fans across social media during the tournament.

According to over 40 health editors and journalists across 4 continents, health reporting will change permanently, but conversations around digital...