Ogilvy and The Hindu Launch a Platform for Sustainability Champions

Following up on past efforts highlighting the suffering of sea turtles and wild elephants, Ogilvy and The Hindu created a unique take on the United Nations’ #OnlyOneEarth theme for World Environment Day.

Contrary to the usual narrative of being concerned about the planet, the campaign’s sarcastic narrative advocates for the entitled, least-bothered attitude that humanity has towards the planet. The ad drives home the point that if we are to be careless about how we take care of Earth, the only option would be to find another planet. The long copy ad was released through The Hindu’s Sunday edition on 5th June, and the digital version of the same went live on their social media channels the same day.

The reader engagement initiative of the campaign invites sustainability champions to share their experiences and initiatives. The Hindu offers to feature the same through their publication thereby becoming an effective platform for the people who are doing their bit for the environment.

Parvathy, Associate Creative Director, Ogilvy India (South): “The Hindu is a brand which has always believed in making the strongest impact through their campaigns. In lieu of our previous campaigns, we thought it best to adapt a tone that would hit the hardest, acting as a mirror to humanity’s lopsided approach to environmental concerns. The aim was to drive the realization home that we cannot treat Earth like a hotel room or holiday destination, as this is our only home.” 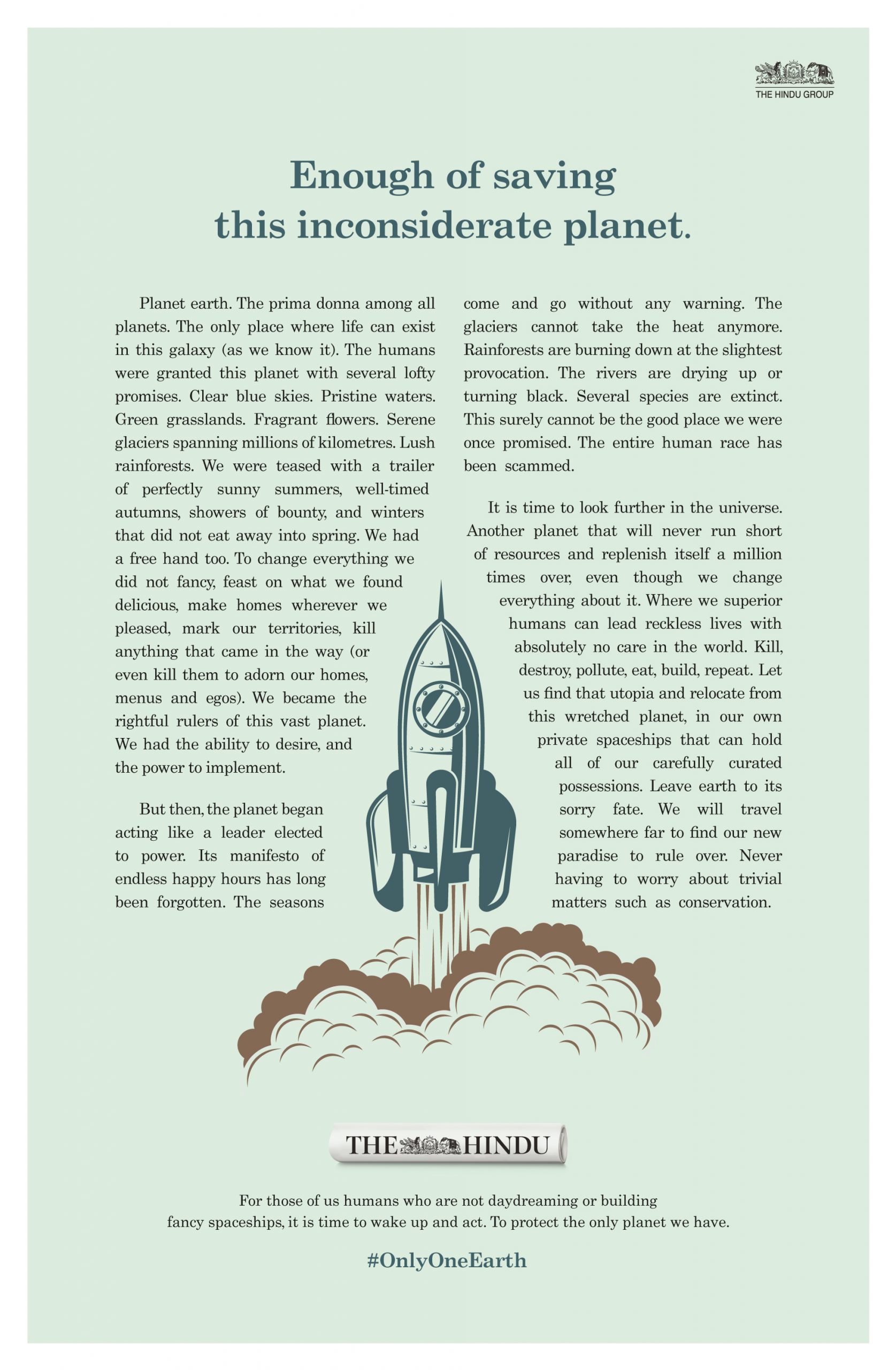