Santoor continues to dominate the list of Most Aired Campaign while Kalyan happened to be Most Watched: Chrome Optimal+ Wk 30

Mumbai: Chrome Data Analytics and Media’s Optimal+ data has released the comparative study of the performance of various brands in week 30 against week 29. The report divides the performance of brands under three broad categories namely Most Watched ads, Most Aired ads and the Most Liked ads based on analysis of data involving 34000 panel homes across the country. 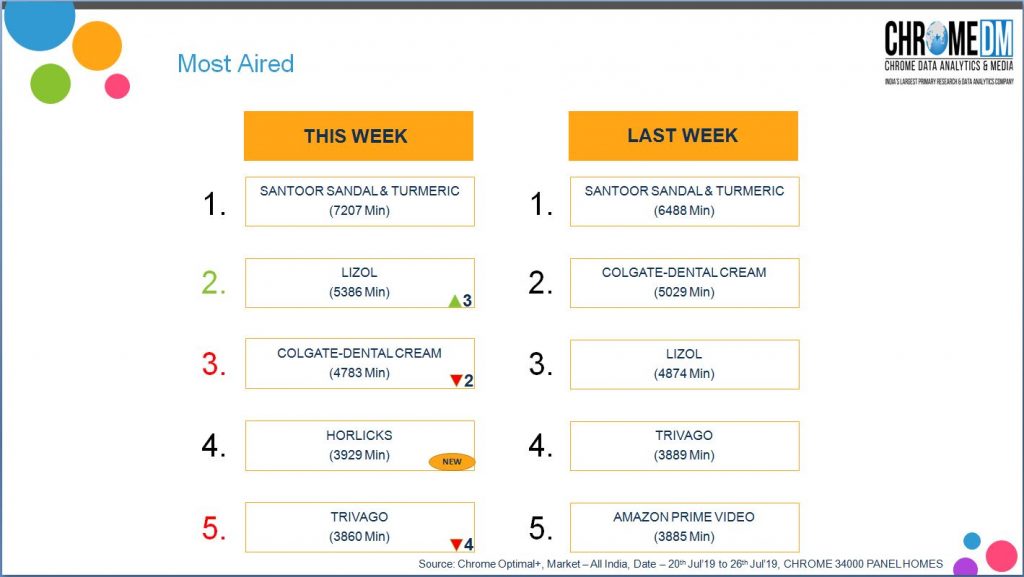 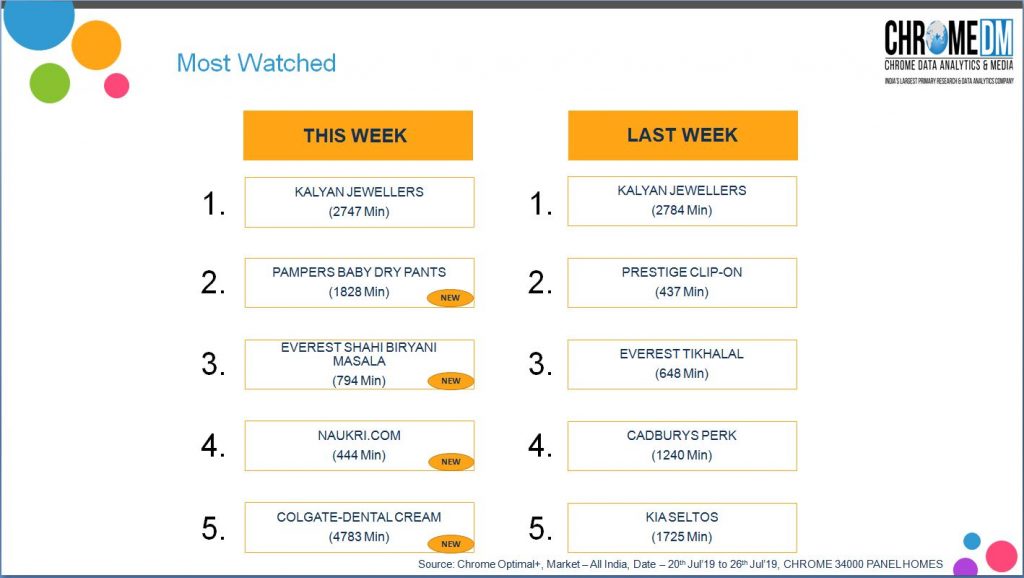 Majority of the campaigns in Most Liked ad category happens to be fresh players in week 30. Ad campaign by Sanitary Brand Pampers for Baby Dry Pants secures the leadership position followed by colgate’s ad campaign for Colgate Dental Cream in Second position. Detergent Brand Ariel’s ad campaign takes leap forward and occupies 3rd position followed by ad campaigns by Surf excel and Google in 4th and 5th Places respectively. Campaigns by few previous week players like Cadbury, The Lion King ( film ), Amazon and Lux drops out of the list in this week. 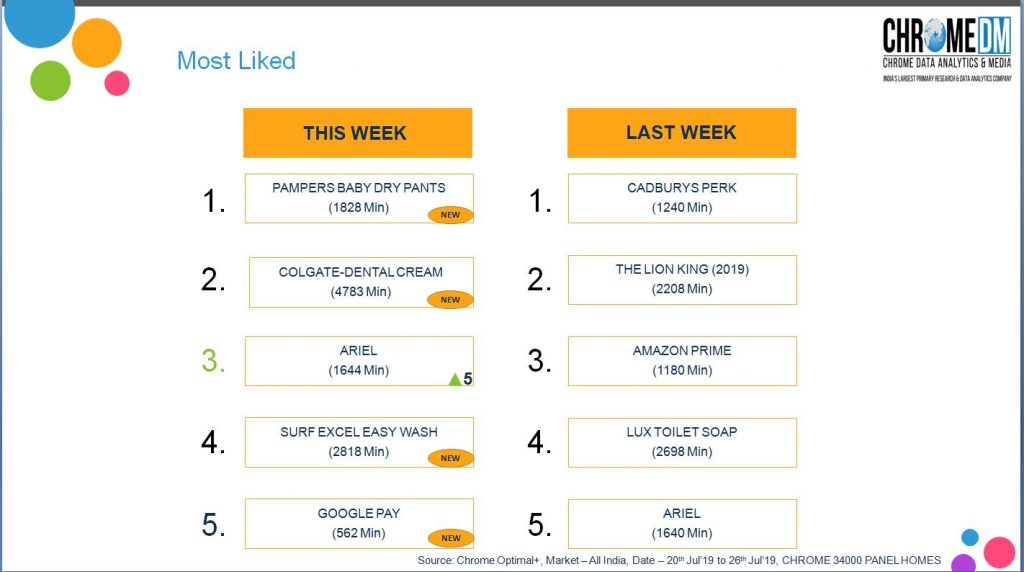 New Delhi: Ipsos has announced the acquisition of Intrasonics, a leading provider of audio recognition technology based in the UK....