by Editorial
in Exclusive, Featured
Reading Time: 2 mins read
A A

According to TAM Sports Report, the share of celebrity-endorsed commercials based on average ad volume per channel per match increased by 6 pc in IPL 15 as compared to IPL 14.

Among all professions, Film Actors led in brand endorsements with almost 50 pc share of ad volumes followed by Sports persons with 34 pc share during IPL 15. 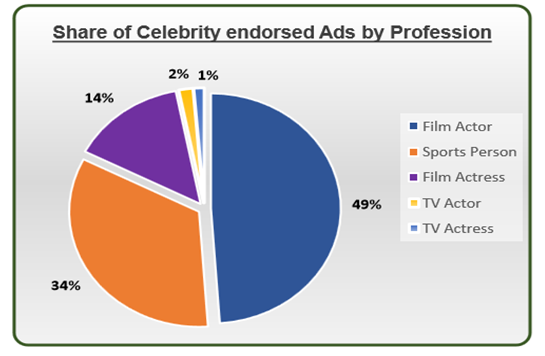 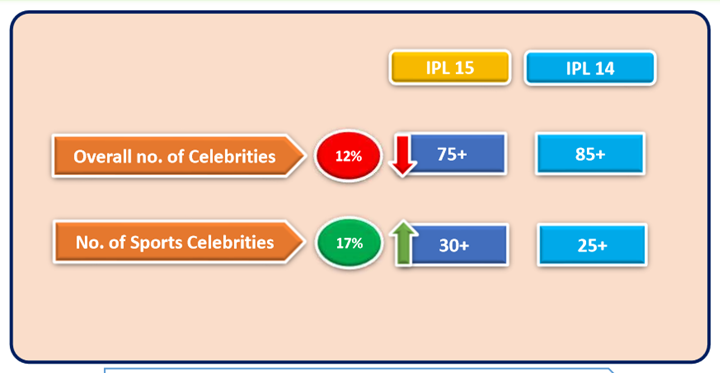 The overall number of Celebrities endorsing ads in IPL 15 reduced by 12 pc on comparison to IPL 14.

Number of Sports personalities grew by 17 pc during IPL 15 compared to IPL 14.

Among the Overall Celebrities, Shah Rukh Khan was on top with 9% share of ad volumes during IPL 15 while Ranveer Singh topped in IPL 14. Three out of Top 5 overall Celebrities were common in both IPL 15 and IPL 14.

Among the Top 5 Sports person, M S Dhoni and Virat Kohli were common in both the IPL. M S Dhoni topped the list of Sports Celebrities in both IPL 15 and IPL 14.