The Sportstar Aces Awards 2021 celebrates the consistency of performance and the impact of sports stars in the decade between 2011 and 2020.  The awards were launched in 1994 with the vision to celebrate the stars, the future stars, and the tireless partners who have dedicated their lives to sports to realize the dream of making India a sporting nation. The Sportstar Aces Awards aims to identify and reward the most deserving athletes irrespective of the sport’s popularity.

In 2018, to celebrate 40 years of Sportstar, the awards were reimagined and relaunched with the tagline ‘Celebrating Excellence in Sports’. Past winners of the Sportstar Aces Awards include Sachin Tendulkar, Sourav Ganguly, Kapil Dev, Prakash Padukone, Virat Kohli, MC Mary Kom, Neeraj Chopra, PV Sindhu, Hima Das, Leander Paes, among others.

In conversation with Medianews4u, Ayon Sengupta, Editor, Sportstar, and  Suresh Balakrishna, Chief Revenue Officer, spoke about the innovative ideas they are planning to introduce for this edition. Sportstar Aces Awards, challenges faced, sponsor line up, and more.

Speaking about the innovation for Sportstar Aces Awards 2021, Ayon Sengupta said, “The most significant innovation that we finalized along with the jury was that this year would be a decade special commemoration. We wanted to choose a unique tagline for this milestone edition. And that is when we decided to go with Giants of the Decade. “

He continued, “We have 11 Awards under the Popular Choice category, which was open for public voting. We take the sporting fans’ votes very seriously, and it acts as a broad guiding light for our Jury, which takes the final call. Incidentally, we had more than 1.5 lakh votes this year. In most of these categories, the choice of the fans and that of our Jury were similar. The Jury comprises former India cricket captain Sunil Gavaskar (Chairperson), former World Champion shooter Anjali Bhagwat, former India hockey captain M. M. Somaya, five-time World chess champion Viswanathan Anand, nine-time National badminton champion Aparna Popat and former India football captain Bhaichung Bhutia.”

They have also introduced a few new categories, like Club of the Decade and Moment of the Decade. There is also another category where Sportstar recognizes individuals or organizations who have used the power of sport for the greater good. They also have introduced a special recognition award for sports stars who have been at the forefront of this fight against COVID-19.

“Also, this year, we are hosting the events on an experiential virtual platform. It is the first time that we are putting together a show on a 360-degree virtual space”, said Ayon.

Speaking about the challenges they have faced during the relaunch of the annual awards in 2018, Ayon said, “In 2018, to celebrate 40 years of Sportstar, the awards were reimagined and launched with the tagline ‘Celebrating Excellence in Sports’. We were overwhelmed with the support that we received from every stakeholder of Indian sport. We were thrilled that the number of categories increased dramatically to reflect India’s emergence as a multi-sport nation since the turn of the century. The support and love of the sporting fraternity and that of our readers have made it an enjoyable ride so far.”

Elaborating on the challenges faced by the 2021 edition of Sportstar Aces Awards, Ayon said, “We had a lot of apprehensions to start with. The two earlier editions have witnessed maximum participation from players, sports administrators, business heads and other celebrities in Mumbai. While we will miss the buzz of an on-ground event, we are happy that most of them have already confirmed their presence for the virtual ceremony. Our virtual Jury meet went off smoothly. Our events team did an excellent job to ensure that the Jury members received their dockets and other materials quickly at various corners of the country. A few of them were living inside bio bubbles, but we managed to furnish them with detailed reviews of every performance to make their very tough job a little easier.”

He added, “A lot of the winners were also playing in different corners of the globe and, while we will miss their physical presence, we have ensured their prizes have reached them. It has been an arduous task from then on from the events team and our event manager partner to stitch the virtual event. But we are confident of putting on an equally glamorous and star-studded show as we have done over the past two years.”

Speaking about the hopes and expectations for the Sportstar Aces Awards 2021, Ayon said, “ We have always kept athletes and their performances at the forefront and have never been swayed by big names or the commerce that many say drives sports these days. For us, every achievement of every athlete matters, and we have followed that principle over the years and will continue to do so. We aim to play an important role in shaping the sporting destiny of the country and to encourage every athlete in their quest for glory. “

Brands these days are playing the role of a catalyst in advancing sports in India. The sponsors of the events spoke on why they have partnered with Sportstar Aces and their  vision for sports in India 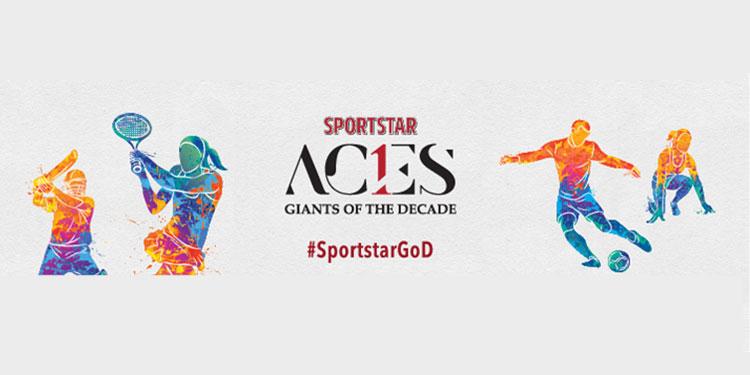 Sportstar Aces Awards is a prestigious award instituted by our country’s reputed sports fortnightly magazine, Sportstar, that celebrates all sports forms. It has created an enviable legacy of its own. The Aces awards is a unique platform and invites strong adjudication from the sporting fraternity.

Odisha has been at the forefront of supporting and promoting all sports, not just at the State but also National level. Today, Odisha is a preferred sports destination for many federations, and I feel this association as a destination partner amplifies the brand equity amidst the sports ecosystem.

Union Bank is always at the forefront of encouraging sports. We have our sports teams representing our bank in various tournaments. As the Indian sports scenario is looking up, our efforts are to put our bank as an institution that encourages India’s winning spirit.

Sportstar Aces Awards acknowledge the power of consistency in sports personalities’ performance and their impact in the decade. It is indeed a great privilege to be a part of this event that celebrates the spirit of true sportsmanship.

SSVM is a group of Educational Institutions with a multi-sports culture. Through our association with Sportstar Aces Awards, we look forward to inspiring our young learners of SSVM with the legacy of the sports world and its achievements. SSVM sows the seed of consistency in performance and encourages every learner to achieve quality education and build a real sports personality’s lead character.

You can cheer for your favorite sporting heroes by joining the virtual Sportstar Aces Awards 2021 – Giants of the Decade.
Register at http://bit.ly/SSAATHG