Star Suvarna launched a campaign to promote the new fiction show by customising the masthead of the Kannada popular daily, Vijay Karnataka. Readers of the leading Kannada daily, Vijay Karnataka, were taken by surprise on May 23, 2022, as the jacket page and masthead of this popular daily were taken over by Star Suvarna channel.

Star Suvarna, the Kannada entertainment channel of Disney Star Network, has launched a new fiction show titled ‘Ardhangi’ on May 23. The channel took the innovative route to generate the buzz around the show by customising the masthead and the masthead folio of the popular daily ‘Vijay Karnataka’ as’ ‘Suvarna Karnataka’. The ad had the creative featuring, the show ambassador, actress Priyanka Upendra. 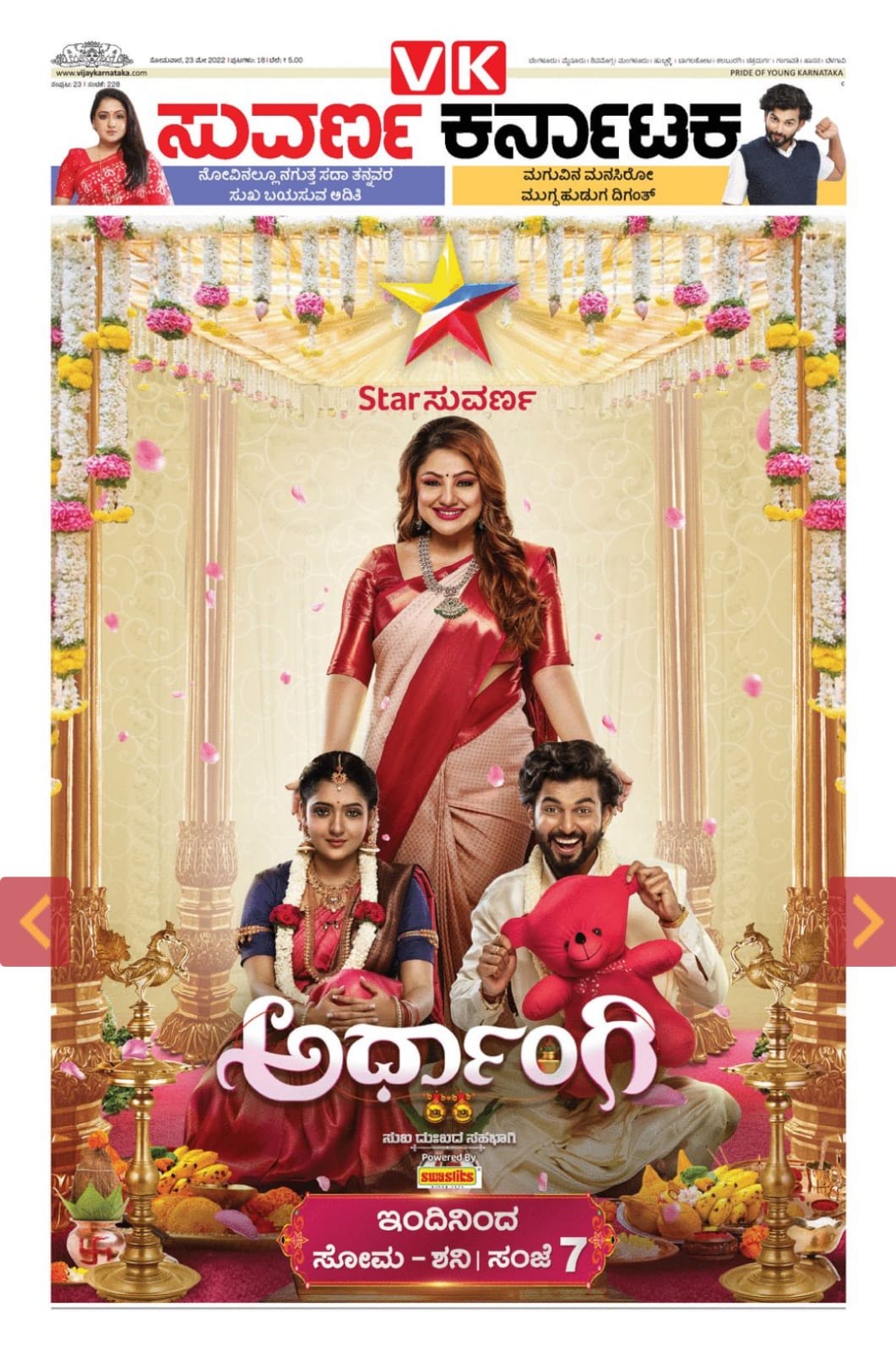